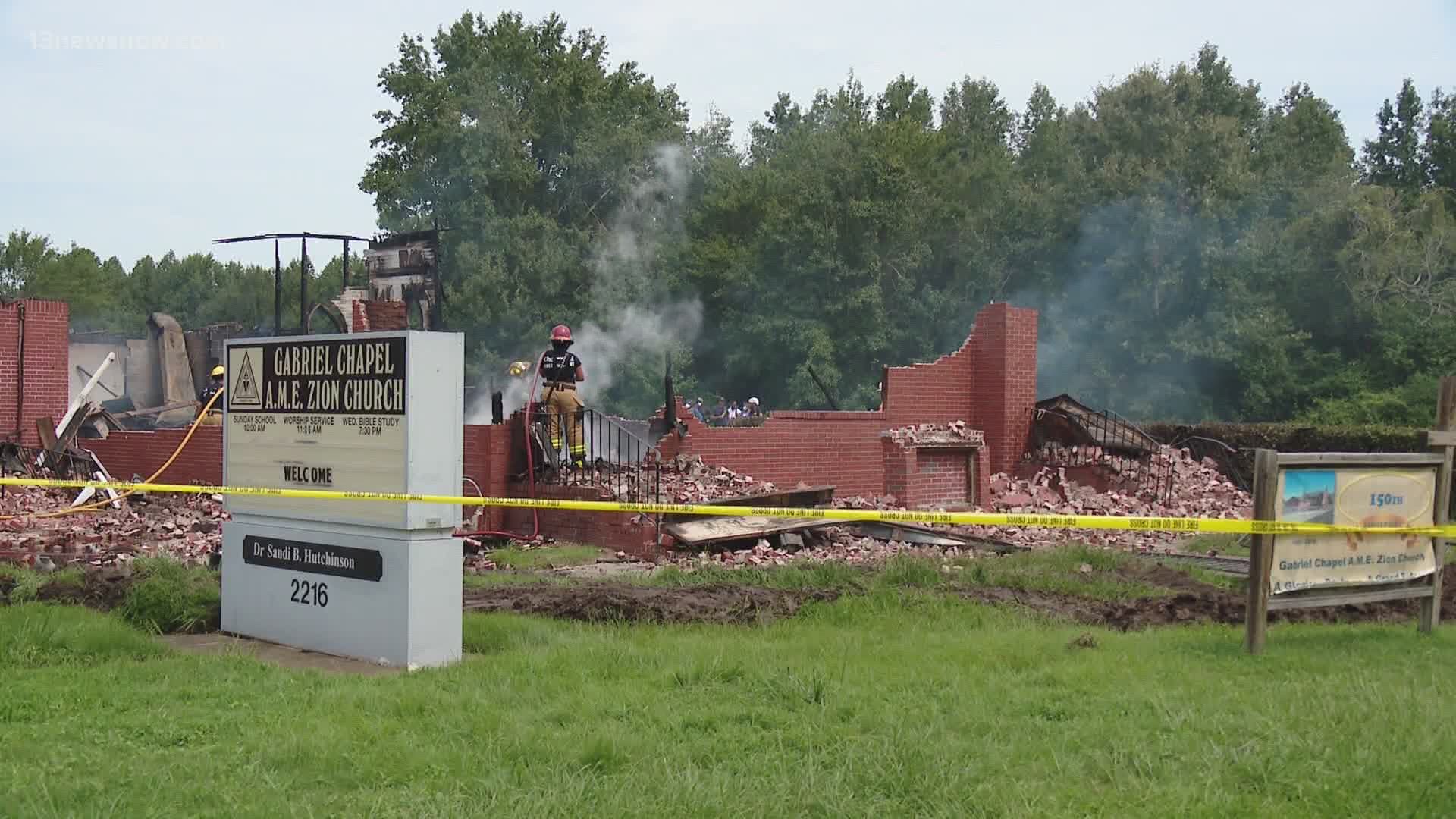 “This church was built by freed slaves in this community in 1866,” explained Senior Pastor Sandi Hutchinson.

Hutchinson is the first woman senior pastor at the church.

“There is so much history that is here and it means a lot to me and a lot to this community,” Hutchinson explained.

The Chesapeake Fire Department said the fire happened around 2:06 a.m. at 2216 Long Ridge Road. That's in the Fentress section of the city.

A citizen reported the church after seeing heavy smoke and fire coming from the building.

Crews arrived and found intense flames coming from the building. The structure sustained major fire damage, officials said. The fire was under control by 4:46 a.m.

A firefighter was treated at the scene and released for minor injuries.

Chesapeake Master Deputy Fire Marshal William Brown came to the fire on his day off because he said the church means something to him.

“I was taught to play organ here by a member of his church a long time ago. I was taught when I was eight years old,” Brown said.

He helped salvage bibles, artifacts and even the church bell.

Brown said, “It’s these old intangible things like bibles, hymn books and pictures and all of those things like that the insurance really doesn’t cover.”

Firefighter recovery teams were also able to retrieve the building's cornerstone and one stained glass window for the church's congregants.

Around 1:30 p.m., the Chesapeake Fire Marshalls Office said the cause of the fire was likely a lightning strike.

Officials said evidence from the scene, and information collected from NOAA, showed a strike hitting the church at 11:49 p.m. Thursday.

Pastor Hutchinson and the congregation say they plan to pick up the pieces and rebuild.

“We have the structure of the church embedded into our hearts and our minds and our faith is going to get us through this,” she said.

Hutchinson said they haven’t held a service here in several months because of COVID-19. She said they will continue using Facebook live to share God’s message.