It took fire crews a few hours to stamp out most of the flames. Officials are still working to determine what started the fire. 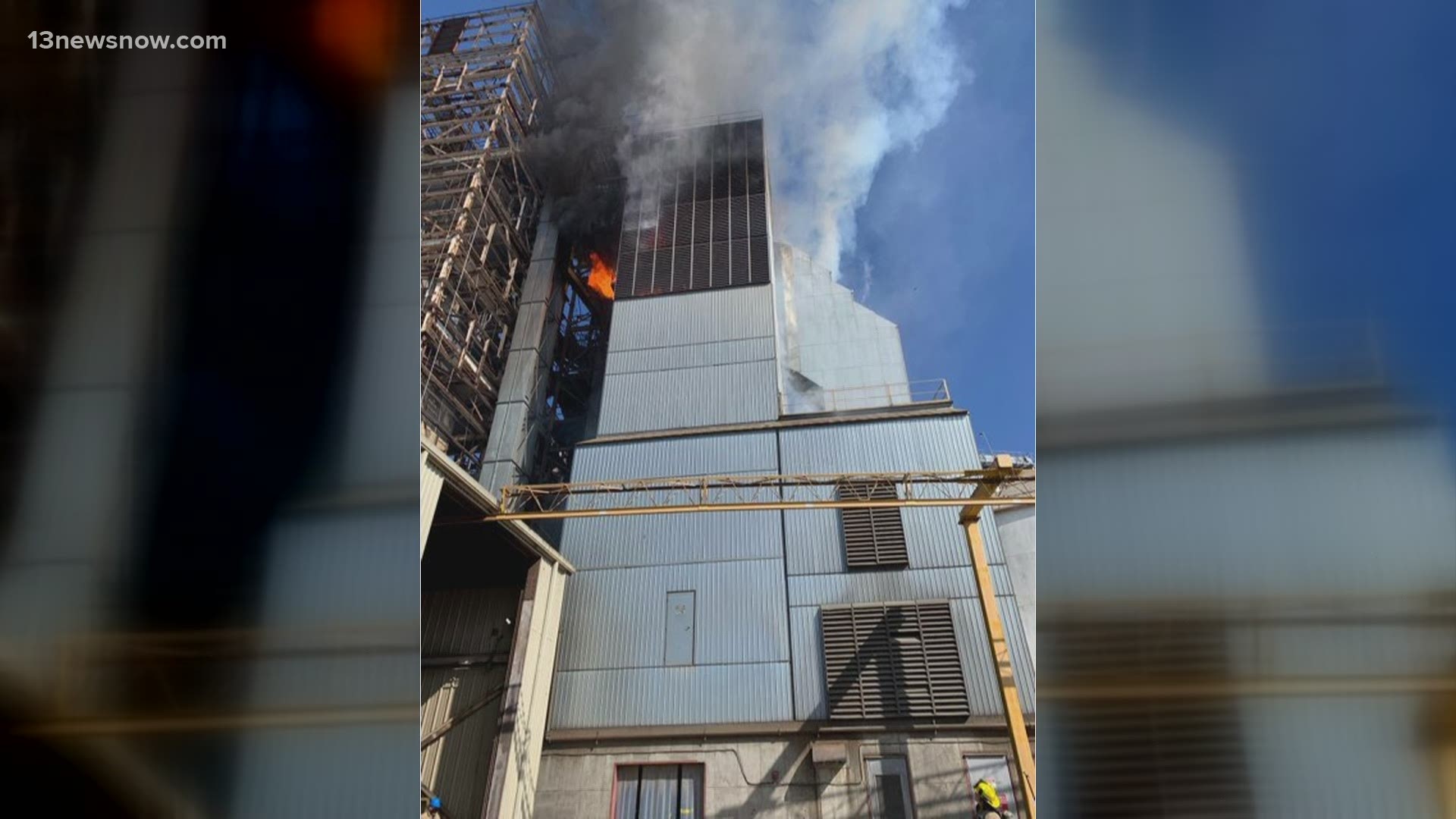 CHESAPEAKE, Va. — An industrial fire that broke out at Perdue Farms Wednesday afternoon has been called under control.

Chesapeake Fire Department said it received a call just after 1 p.m. about a fire that occurred in a four-story grain dryer located at 501 Barnes Road. They said the gain dryer contained soybeans.

When crews and fire apparatus arrived at the scene minutes after they were called, they saw heavy smoke and flames coming from a tower designed to dry the soybeans before they're shipped.

Employees at Perdue Farms were forced to evacuate the area and fire crews said no one was reported hurt in the incident.

It took firefighters a few hours to put out most of the flames. Officials say the fire was under control shortly before 4:45 p.m. Crews will still be at the scene for several more hours.

There are no further details at this time confirming the cause of the fire.