Firefighters said two of the apartments suffered serious damage from the flames and the other two were damaged from the smoke and water. 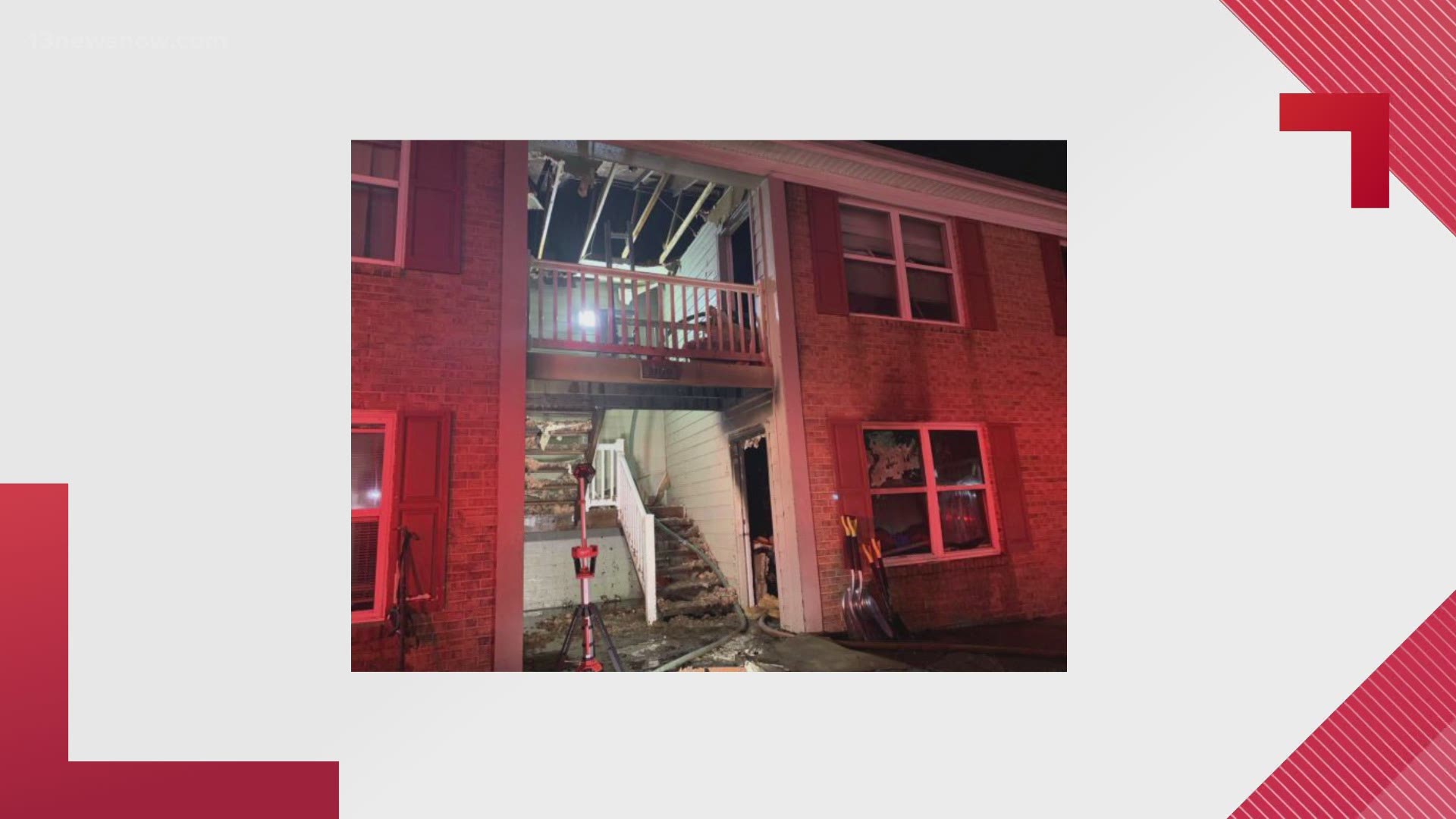 CHESAPEAKE, Va. — Several people were forced to leave their homes after an apartment fire occurred between Campostella Road and Indian River Road overnight.

The Chesapeake Fire Department said it got a call Saturday, July 17 just after 1 a.m. about smoke and fire seen in the 3100 block of Border Road -- multiple people called about it. That's at the Forest Cove Apartment Complex.

When firefighters from South Norfolk arrived, they found flames coming from the first floor of one apartment unit that extended to the unit above.

The residents of the four affected apartments were able to safely evacuate. Officials said although no one was injured from the incident, one Chesapeake police officer was taken to the hospital to be checked for smoke inhalation.

Multiple units were on the scene including firefighters from Chesapeake and Norfolk. They were able to have the fire under control just before 2 a.m.

Firefighters said two of the apartments suffered heavy damage from the flames and the two others were damaged from the smoke and water. The cause of the fire is currently under investigation by the Fire Marshal’s Office.