On Thursday, an unexpected problem with the Great Bridge Bridge just added to drivers’ headaches. Officials said a glitch caused the bridge to not properly close. 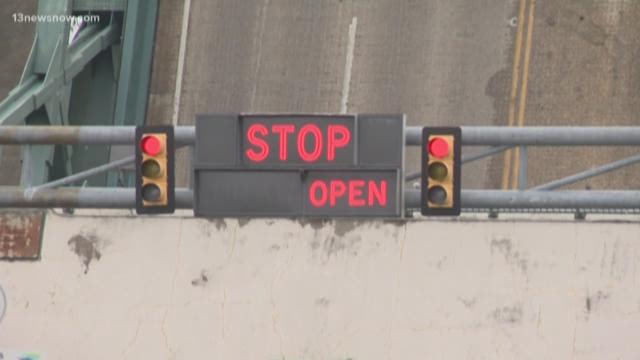 CHESAPEAKE, Va. — It’s a drive that’s already more crowded than usual and it continues to get busier.

Every day, thousands of people are forced to travel on Battlefield Boulevard because Centerville Turnpike Bridge is shut down for six months due to repairs.

On Thursday, an unexpected problem with the Great Bridge Bridge just added to drivers’ headaches. Officials said a computer glitch caused the bridge to not properly lock, and it was not safe for people to travel on. It’s now fixed, but many people sat in bumper to bumper traffic for nearly an hour.

“My plan was to easily just pick up a friend to go to work, but then all of a sudden I was in a dead stop of traffic for about 45 minutes, literally just on Kempsville not even on Battlefield so it was just crazy,” explained driver Leslie Sanchez.

Chesapeake Public Works Assistant Director, Earl Sorey, said he understands peoples frustrations but he told 13News Now that leaders are doing their best to make the drive through the city is bearable during the Centerville Bridge Closure.

Sorey explained, “We have done a number of things to mitigate the traffic. We re-timed the signals along the route and we are monitoring from our traffic management center every single weekday. We are in here during peak hours, and we are making modifications.”

City leaders said many drivers wanted officials to waive the tolls for the Veterans Bridge. Sorey said officials can only do that when there is a local, state or national emergency.