Neighbors in Chesapeake want to know why their bills are increasing. Some neighbors say it gone up $500. 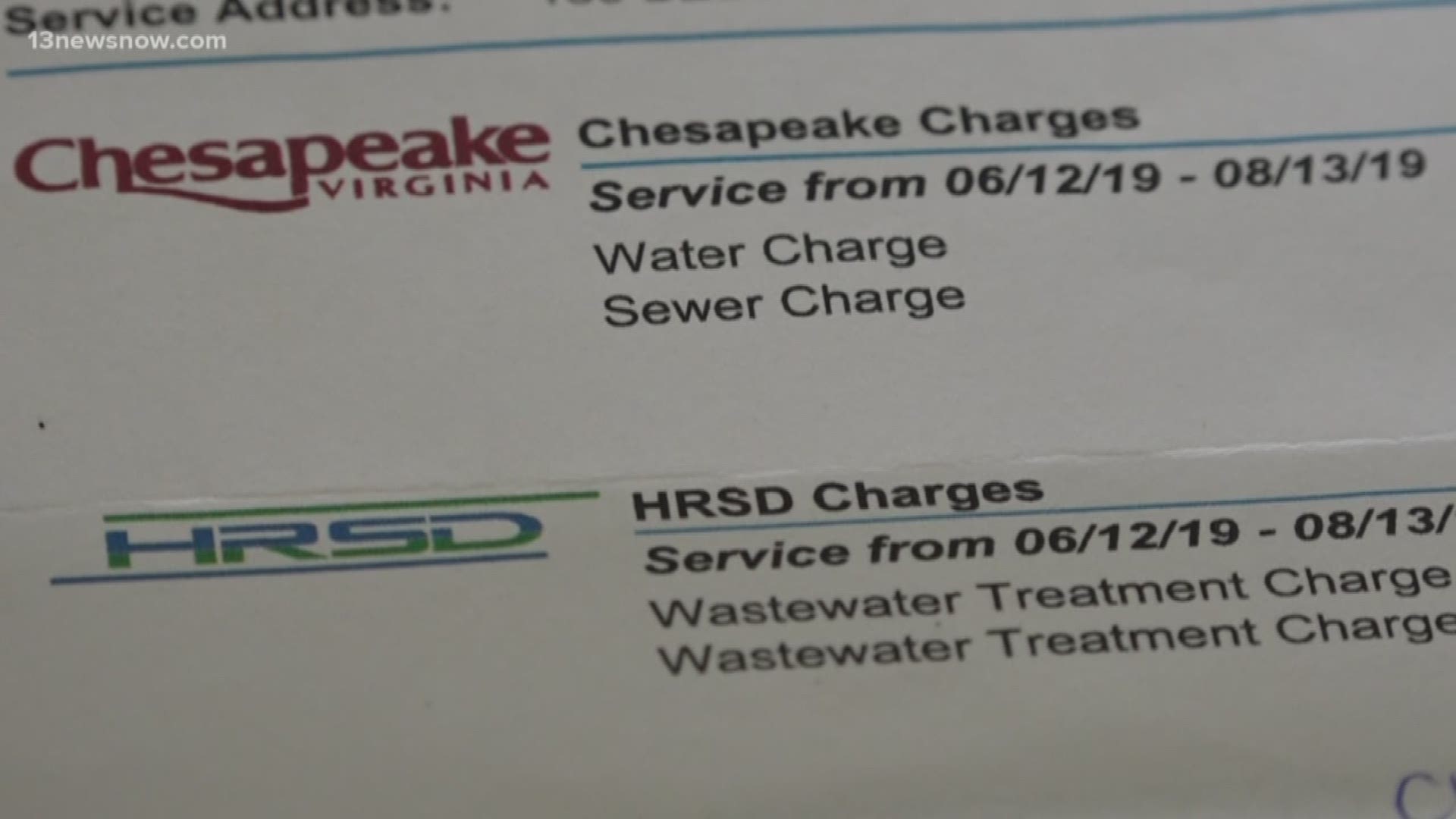 CHESAPEAKE, Virginia — Chesapeake neighbors are puzzled at why their summer water bills skyrocketed this year.

Neighbors across Chesapeake brought up the concern last week and now more are coming forward with their bills.

Marian Crockett doesn't understand how she and her 11-year-old daughter could have possibly used 31-thousand gallons of water this month.

Crockett decided to go back to past summers and see how much she was billed.

RELATED: Chesapeake neighbors are asking why their water bills are so high

Crockett decided this summer she wanted answers for why her bill went up so much. Crockett said she called City of Chesapeake officials who had her test her Viridian Reserve home for a leak.

"The process is that I had to identify if there's a leak and do the toilet test and that determined no leak,” said Crockett.

That’s when Crockett hired a private plumber, who also found no water leak.

"My plumber recommended that I request a meter check, he felt there was something wrong with the meters,” said Crockett.

Crockett said that she was informed by Chesapeake officials that the meter was fine. She said she's not the only one drowning in water bills.

"Tons of people are seeing an increase. I know one lady and her bill was well over $1,500,” said Crockett.

A viewer sent 13NewsNow copies of her bill that showed a charge of over $3,500.

Crockett said at this point, City officials only have one option left for her and that’s to fill out a form for the investigation, that she won't be able to fill out another for a decade.

"It's a leak adjustment with an unidentified water loss form, and you can only do that once every ten years. That doesn't make sense,” said Crockett.

"There could be several reasons why Chesapeake residents would possibly experience higher bills within the last few weeks, but without knowing the specific account information, we are unable to address specific reasons.  Customers can look at their bills and determine what caused the increase.

The following would cause the consumption (volume) to increase:

The following would cause the cost to increase even if the consumption remained the same:

HRSD had a 9% rate increase on their portion of their bill effective July 1, 2019.  The most recent bill our customers have received is the first bill that would reflect that 9% for the entire billing period.  Questions relating to the HRSD portion of the bill and the HRSD rate increase should be referred to HRSD customer service at www.hrsd.com or (757) 460-2491.

(A sample bill is shown above)

On that bill, both the old and new HRSD rates are shown, as is the relative proportion of the HRSD charge to the total charge.  This bill is for a family of four that had both periods of vacation as well as out of town guests during the bill period.  On this bill, you can see:

All customers who have questions with the meter readings or the City of Chesapeake portion of their bill should contact the Customer Service phone number at (757) 382-6352.

"Thus far, to my knowledge, we’ve identified only one misread since we started tracking social media entries this month.  I mentioned that one in the interview last week, where we transposed two numbers in the meter reading," David Jurgens said.