Eric Sheppard is working tirelessly to spread his ancestor's story and a big piece of local black history. 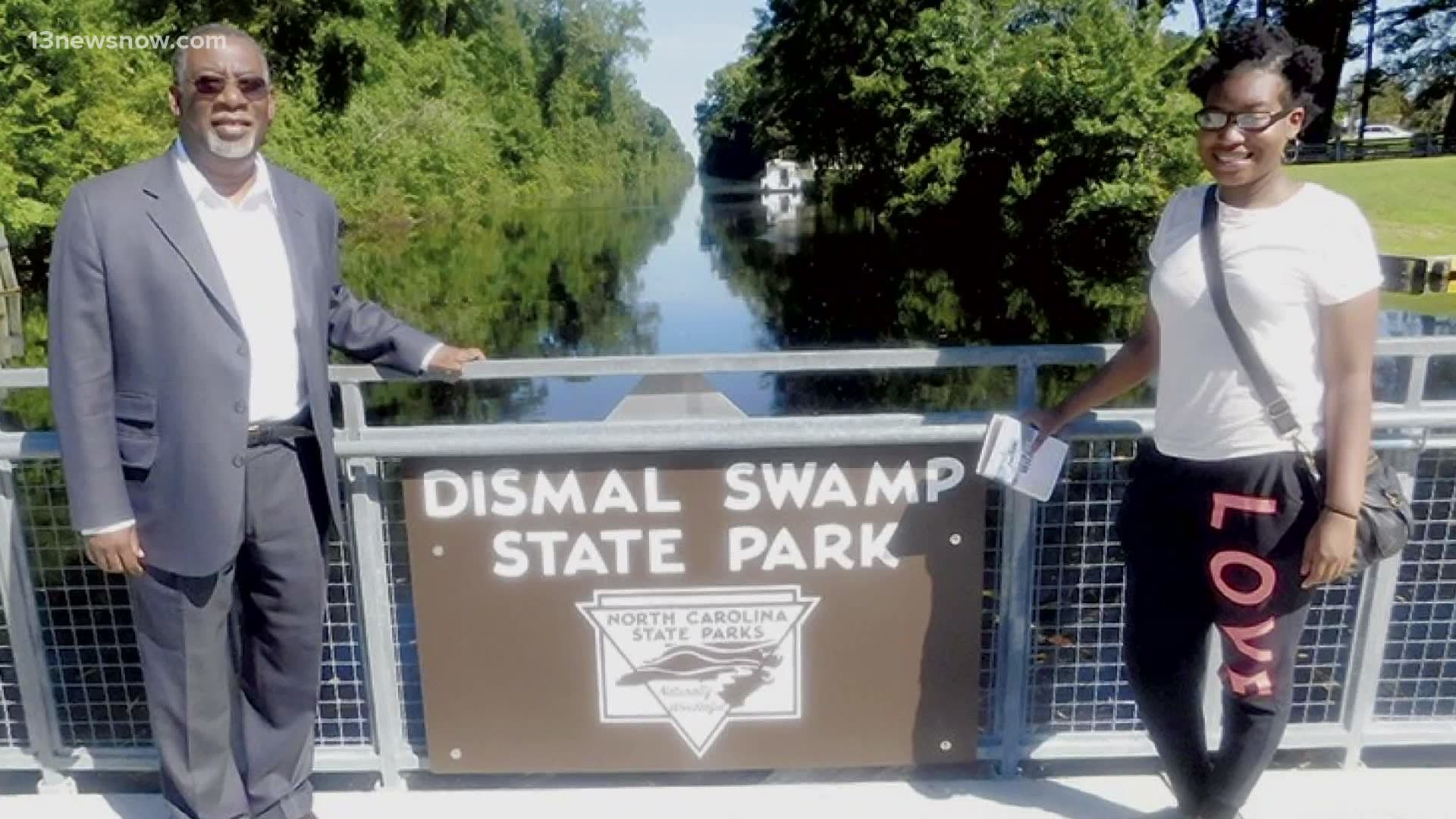 CHESAPEAKE, Va. — You may have heard of Moses Grandy Trail, part of Virginia State Route 165 in the Deep Creek section of Chesapeake. Do you know about the man for whom the road is named?

Eric 'Mubita' Sheppard is a descendant of Moses Grandy, who worked as a slave in the Great Dismal Swamp. Sheppard has dedicated more than 25 years to keep his story alive, including leading heritage tours of the swamp.

"In the late 1700s, early 1800s, Moses Grandy was actually a waterman. He had a boat, and they would get logs or timber out of the swamp to build the homes down in [the] Norfolk and Chesapeake area," said Sheppard. "The Underground Railroad went through the Dismal Swamp, along that canal, and they probably hid some of the people escaping slavery in the shingle boats down to get on the larger ships in Norfolk to go north."

"It's important to find out who we are and who our [ancestors] are in terms of where you come from in this area, the history associated with it, and the value that it represents," said Sheppard.

Last summer, Sheppard released an audio version of Grandy's narrative as a slave published in 1843. The audiobook is called 'Moses Grandy Legacy Lives', and Sheppard hopes it pushes people to persevere through the pandemic. "Use that slave narrative to empower you, especially if you think you have it hard and can't make it. Well, maybe listening to that story will give you renewed energy," said Sheppard. "And so, not only will it help educate people, we hope that it inspires people as well."

A complimentary educator's guide is available with certain purchases of the 'Moses Grandy Legacy Lives' audiobook. For more information, visit the website dedicated to Moses' legacy.