The CROP Foundation is cleaning up gravesites at a black-owned family cemetery in South Norfolk. They're also restoring a piece of local history. 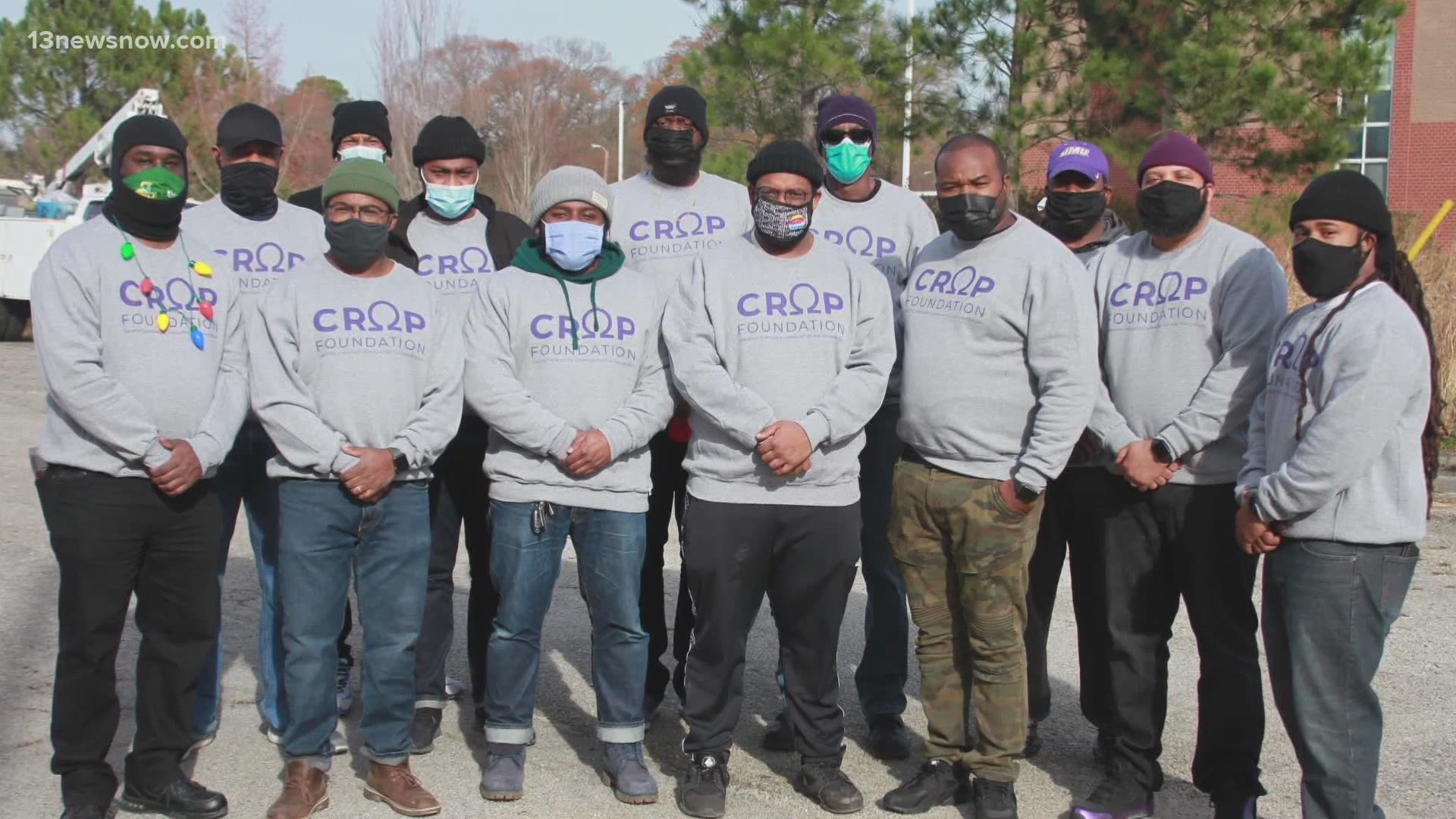 CHESAPEAKE, Va. — A final resting place for departed loved ones is now in need of care.

Past President Will Bronson said the local nonprofit supports children and families.

Delegate Cliff Hayes is on the board of directors and said he brought the idea to the group of beautifying a small, black-owned family cemetery in the South Norfolk section of Chesapeake.

"On the city's rolls, it's called the Old Anderson Family Cemetery, which was purchased in 1903," said Hayes. "Just across the street from this cemetery is where, as a young kid, I had a paper route in the community... but never knew that this was an African-American cemetery."

Member Daryl Jones said they don't know much about who's buried there, but it was clear their gravesites had fallen into disrepair.

"We saw grass up to waste level. We saw dead animals... it was nothing beautiful about that," said Jones.

After teaming up with the community for cleanup, Jones said the group plans to take charge of upkeep to honor the lives of those who have passed on.

The Old Anderson Family Cemetery is located near the intersection of Kay Avenue & Franklin Street in Chesapeake. To learn more about the CROP Foundation, click here.