Matthew Chiricosta, 33, of Chesapeake, is charged with hit-and-run and felony property damage. 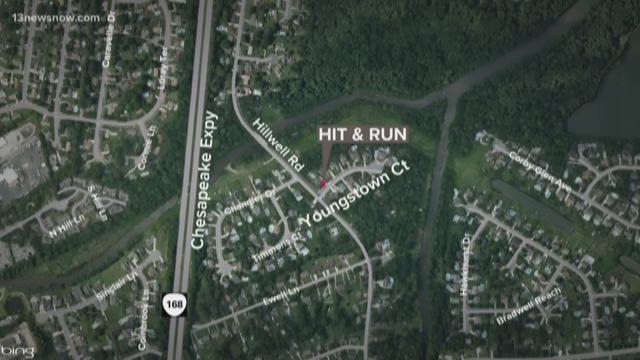 CHESAPEAKE, Va. — A man is facing a hit-and-run charge after he crashed into a house Friday in the area of Youngstown Court, Chesapeake police said.

Police responded around 4:55 p.m. to the 500 block of Youngstown Court after receiving a report of a hit-and-run.

Officers found a home heavily damaged. Witnesses gave police a description of the vehicle and the driver that crashed into the corner of the house.

Police found the vehicle, a 2003 Chevy SUV, and searched the area. The driver was eventually found near the area of Hanbury Road.

Matthew Chiricosta, 33, of Chesapeake, is charged with hit-and-run and felony property damage.

No injuries were reported but Chiricosta was taken to the hospital as a precaution.

Chesapeake Fire Department also responded to the scene and assisted in the investigation.