Neighbors in Western Branch want to know whether VDOT is taking their homes for the Bowers Hill Interchange expansion project. 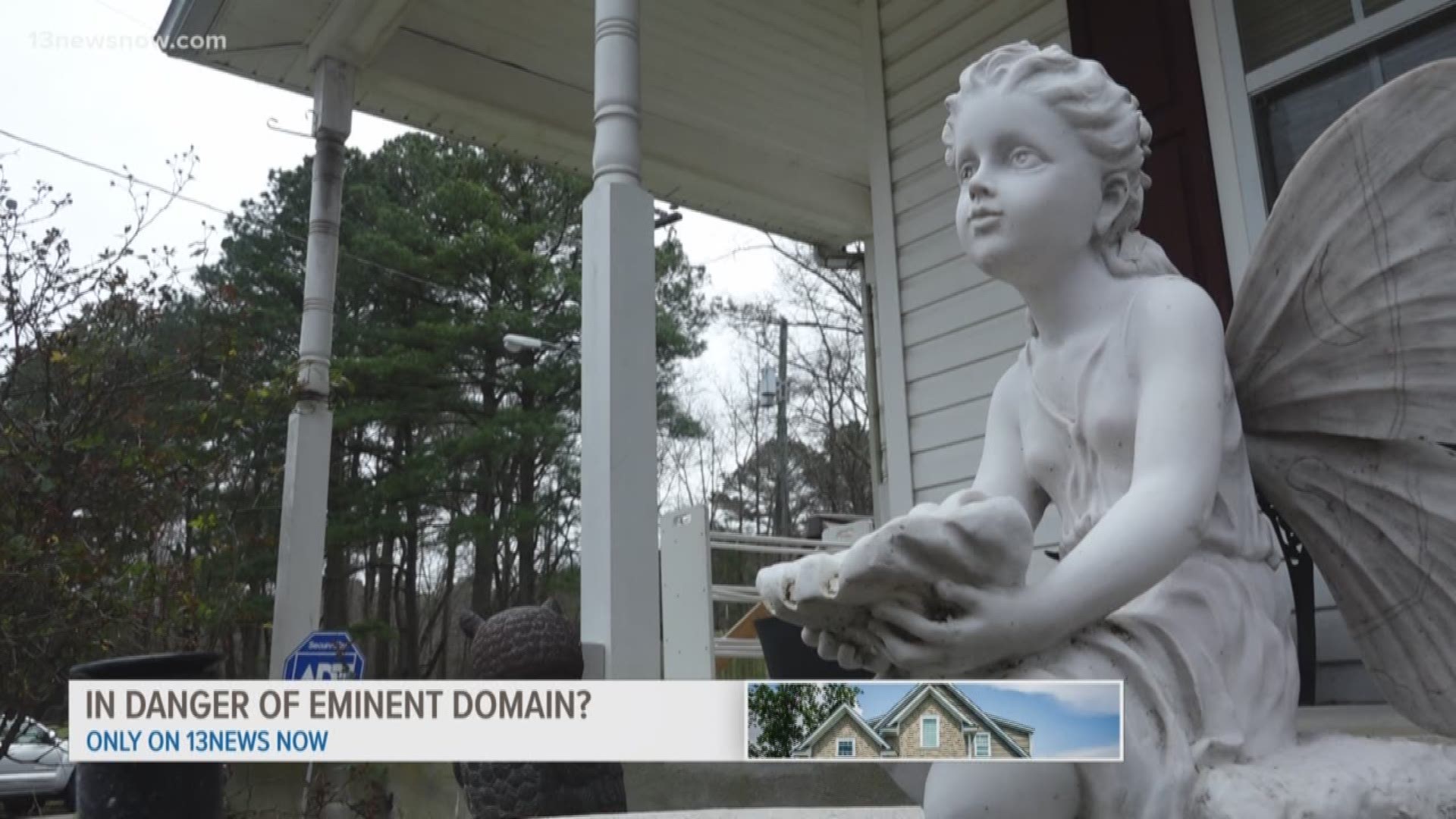 CHESAPEAKE, Va. — In the spring of 2019, plans showed up on VDOT’s website showing possible alternatives the state agency could take in the Bowers Hill Interchange improvement project.

But neighbors in the Cedar Grove Acres neighborhood said the possible alternatives in the plans show those improvements coming in and around their homes and property.

Homeowners said they’ve called VDOT for the past six months to get an answer on what the plan is. Homeowners like Misty Perris said both plans would impact her home and property.

From 2019: Public gets glimpse into future of Bowers Hill Interchange

“I’m angry and I’m scared. I’ve got people from all over telling us they’re just going to take our house that we’re not going to get anything for it, we better take exactly what they offer us,” said Perris.

As it stands now, the two plans could involve improvements to the Bowers Hill Interchange like expanding the number of lanes. Peris’ mother, Helen Barbato said she worked off the mortgage on their home so her family would be provided for.

Perris said even if her home stays put, it could just end up inches from a wall.

“I don’t want to be in fear of having a vehicle go through that wall and I don’t want to live feeling like I’m living in a cage behind a brick wall,” she said.

And Perris isn’t alone in feeling stressed about what could happen. On the same street, Shakare Ancrum and his wife Sharday Ancrum are not happy about the idea of a possible wall.

“If one of those cars jumped the wall, it would go through my backyard, and it would come to my family. My children’s rooms are on the backside of the house and it’s very concerning,” said Shakare.

Sharday said her family was unaware of the possible plans until they received letters in the mail from law offices.

“The only thing that we’ve been getting communication is from law firms telling us that this situation is in the schematics and our house is one of the houses that will be affected by it,” said Sharday.

Shakare said he and his wife have called VDOT for over six months to get a final answer on whether the project if happening or not and if so, what option VDOT would go with.

“We haven’t been able to talk to anyone,” said Shakare.

“Any construction project, we have right of way concerns that we have to address but we don’t know exactly what that would look like with these new iterations,” said Christopher.

Christopher said the state agency could still follow through with online plans and have to relocate a number of homes.

“It was voted on to step back and not necessarily lose those two alternatives, but to revisit the study and again conduct it in an expanded area,” said Christopher.

Christopher said VDOT is re-doing an environmental assessment on the area that will include more plans that could potentially require more lanes.

Christopher said the new environmental assessment is expected to take up to three years. But for homeowners who could be impacted by the plans, three years is a very long wait.

“There’s no bigger fear that to sit in this limbo of anxiety,” said Shakare.

RELATED: New proposal could mean I-64 toll lanes from Chesapeake to Newport News