NOAH's Wedding Venue shut down unexpectedly along with locations in other states. People who booked the space were in limbo as they tried to make backup plans. 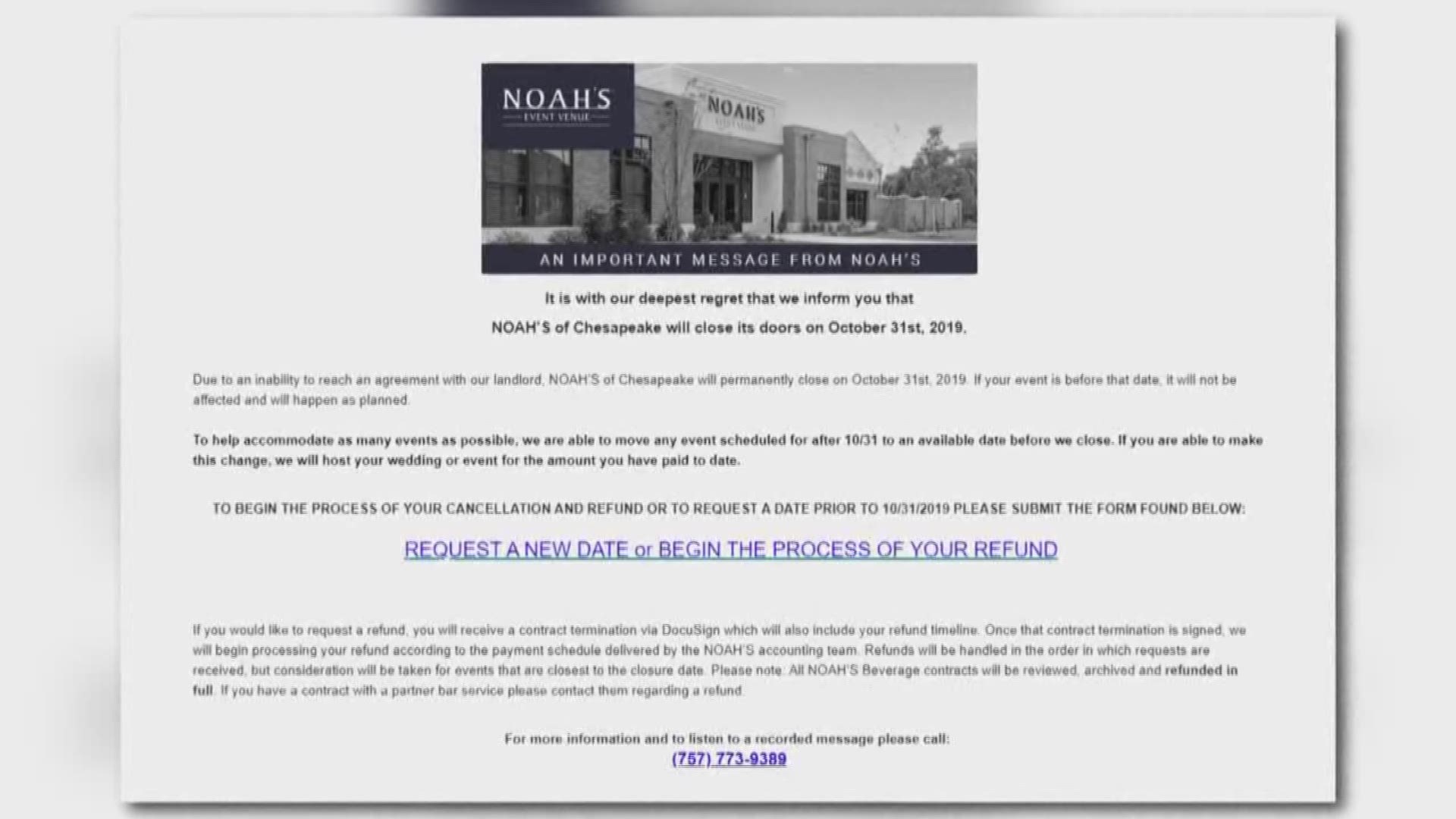 CHESAPEAKE, Va. — They've been planning to say "I do," but a number of couples were asking themselves "What are we going to do?" on Friday. That's because the venue they booked for their wedding days abruptly closed for business.

NOAH's Wedding Venue in Chesapeake is part of a nationwide chain. The company filed for bankruptcy earlier this year.

Cherie Street was one of the people who expected to be married at the location in Greenbrier. She and her fiance, Matt Cullen, booked the venue for June 2020.

"I literally had everything planned already. The last thing I had to do was figure out centerpieces," Street said.

She received an email on Tuesday that told her the venue would be closing because NOAH's couldn't reach a lease agreement with the landlord. The email also said that there would be a process for refunding money to clients.

Street paid NOAH's $3,500. She said communication from the company since she got the email about the closure has been poor.

RELATED: NC bride walks down the aisle carrying her preemie baby instead of bouquet

As soon as possible after receiving the news, we began contacting any and all clients with affected events via the email tied to their event. Refunds will be handled in the order in which requests are received, but consideration will be taken for events that are closest to the closure date.

"Unfortunately, when a business files for bankruptcy, there's a procedure that goes forward, and it's not always fast," explained attorney Ed Booth. "What's gonna happen is the bankruptcy court is gonna oversee this process, and, hopefully, at some point, these folks will get paid back some or all of their money.

Street said she an her fiance initially thought they would have to cancel their wedding. She told 13News Now another venue reached out to them so they didn't have to cancel.