Police said they got complaints Bonnie Keefer was driving erratically. Keefer is a deputy with the Chesapeake Sheriff's Office. 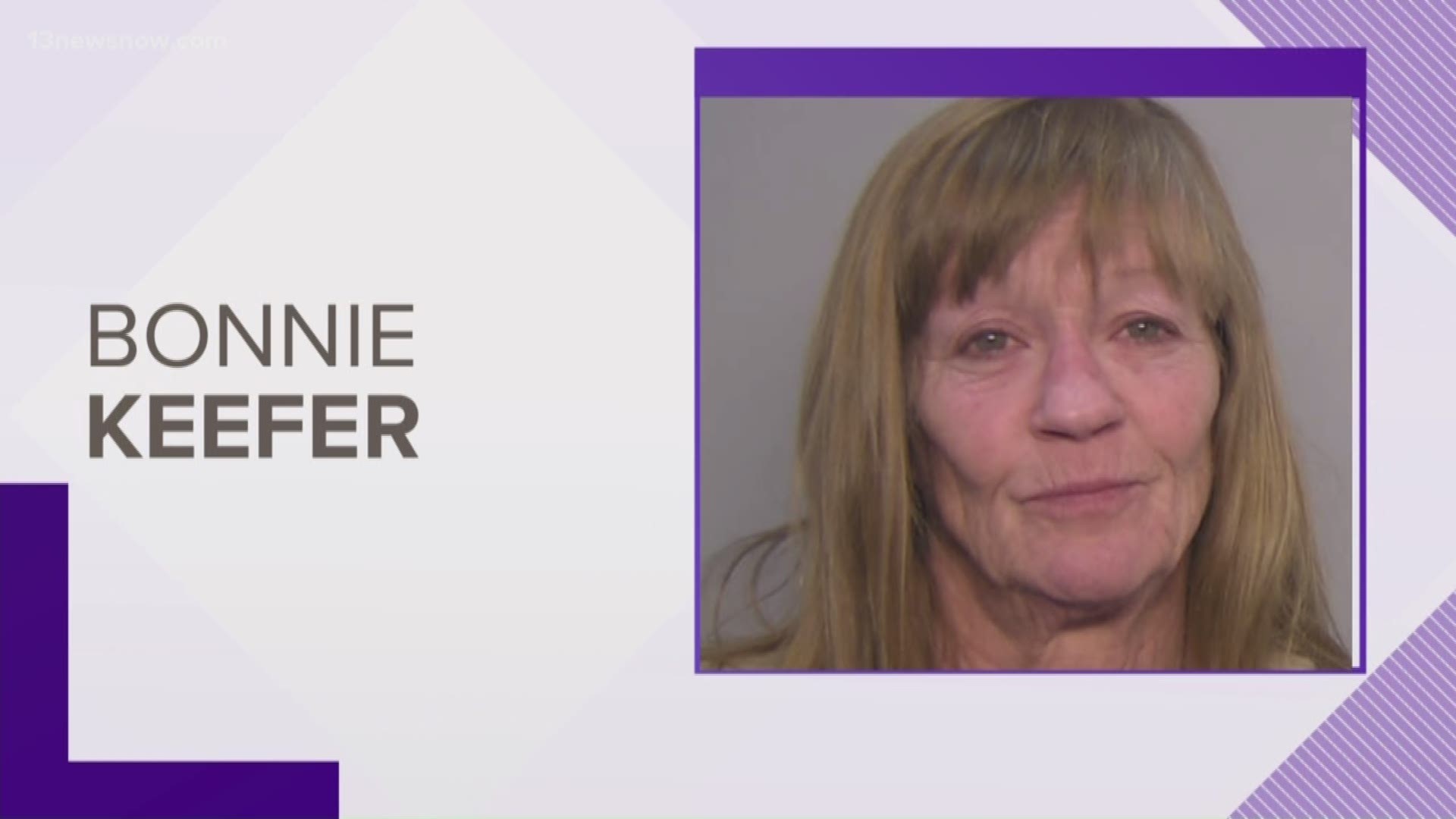 CHESAPEAKE, Va. — An off-duty sheriff's deputy is accused of driving under the influence.

Chesapeake police said they stopped Bonnie Keefer, 55, around noon on January 17. That was after people complained that the driver of a black truck was driving erratically.

When officers got to the 3200 block of Pryor Ct. in Deep Creek, they found Keefer. They talked to her. The investigation led to a charge of Driving Under the Influence.

Janelle Scott, spokeswoman for the Chesapeake Sheriff's Office, said that Keefer has been with the office for 15 years. Because of the arrest, Keefer is on administrative leave pending the outcome of the investigation. Scott added that the measure is standard procedure for the sheriff's office.

RELATED: Virginia Beach police officer arrested for domestic violence was accused of the same crime before