The driver of the motorcycle remained at the scene but an SUV left after the wreck. A 26-year-old man was hit and killed at the scene. 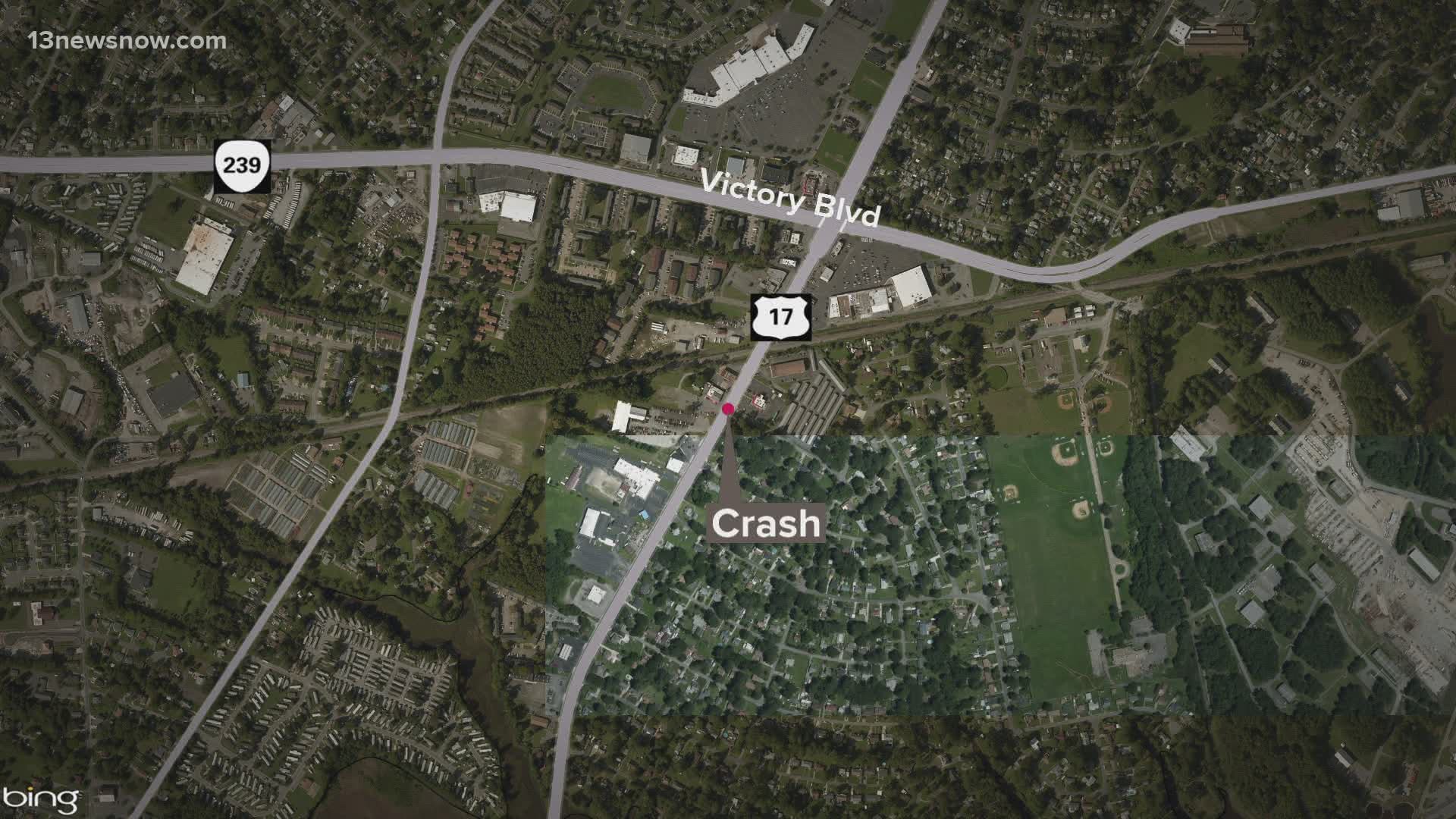 The accident occurred in the area of George Washington Highway North and Battery Park Road. Police responded around 9:22 p.m. to an accident involving a pedestrian, motorcycle and SUV.

Officers and medics found 26-year-old Yuonus Young and tried life-saving measures. He died at the scene.

The driver of the motorcycle in the crash remained at the scene but a mid-size SUV left after the accident, police said.

Police are still investigating the incident. No other injuries were reported.

That area of George Washington Highway North was closed for about three hours while Chesapeake Police Crash Reconstruction Team investigated the crash.

Anyone with information about this incident is asked to call the Crime Line at 1-888-LOCK-U-UP, leave a tip online at P3TIPS.COM.