Officers said a person tried to rob Smoke Shop on Western Branch Boulevard. An employee with a gun followed him out of the store and took a shot. 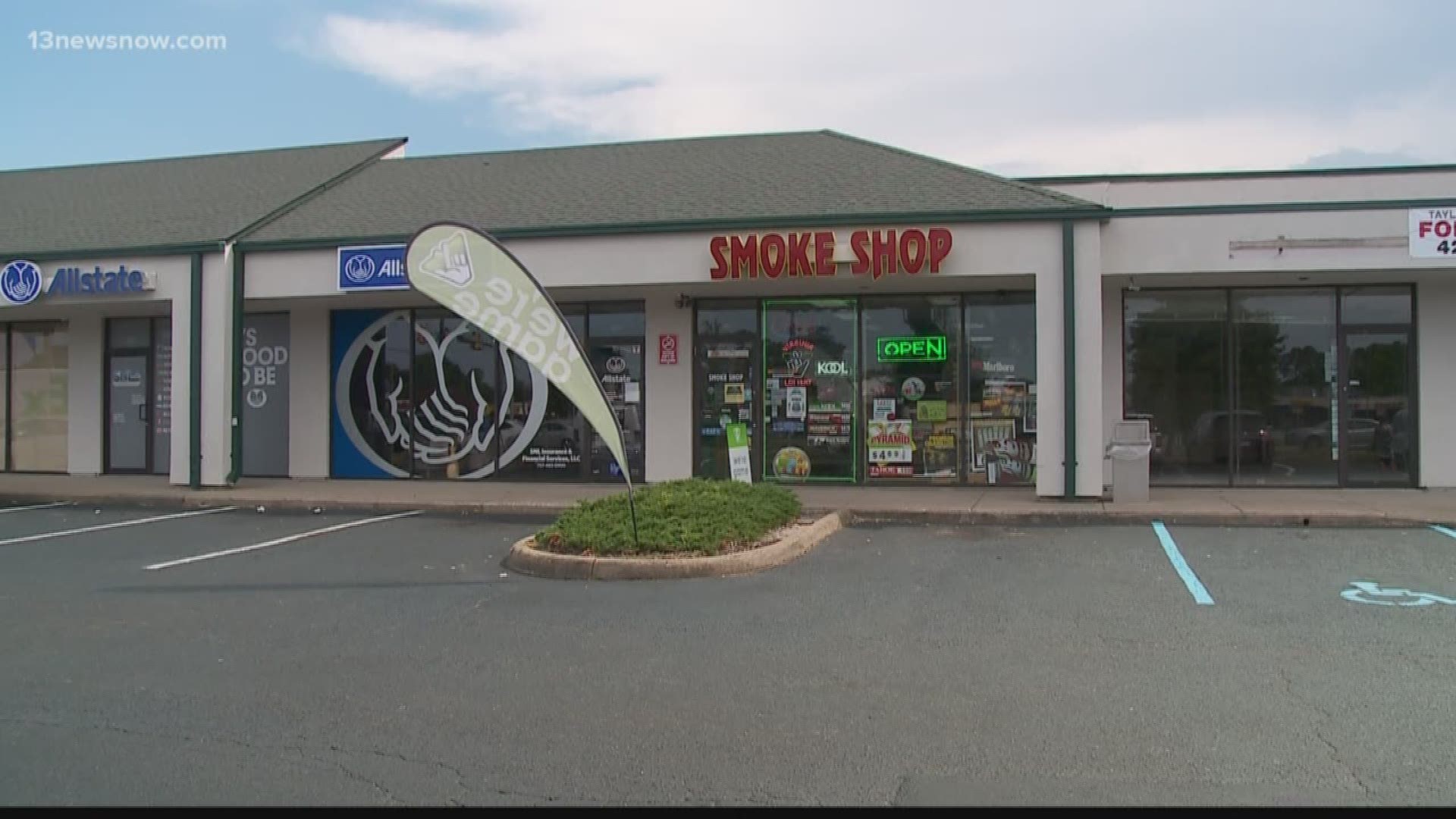 CHESAPEAKE, Va. (WVEC) — A person who robbed a store at gunpoint Tuesday morning seemed to get more than he expected when a worker followed him out of the store and shot at him.

Chesapeake Police Department spokesman Officer Leo Kosinski said four people pulled up to Smoke Shop in the 3100 block of Western Branch Boulevard in a red car shortly before 11 a.m. One of the people got out of the car with his face covered. He had a gun. Kosinski said the person went into the store and grabbed some merchandise.

Josh Smith works at the sister store to the smoke shop, and he heard a pop between the walls.

"Only one shot was fired. He walked with a mask covering his face the entire time down-like he wasn't even trying to hide what he was about to go do,” said Smith.

Smith said the employee followed the suspect after he stole merchandise.

"Something was wrapped up in his hand and he went outside... the clerk followed him outside,” said Smith.

The person ran out of the business and got into the car. A worker with a gun followed him out of the store and took a shot at the red car as it left. Police don't know if the bullet hit the car or anyone inside it.

According to Smith, it's not the first time he's seen the suspect. The very same person was in the shop earlier that morning.