State of the City series kicks off in Chesapeake

"The biggest challenge obviously is keeping infrastructure up to meet the needs of all of the growth that comes," Mayor Rick West said. 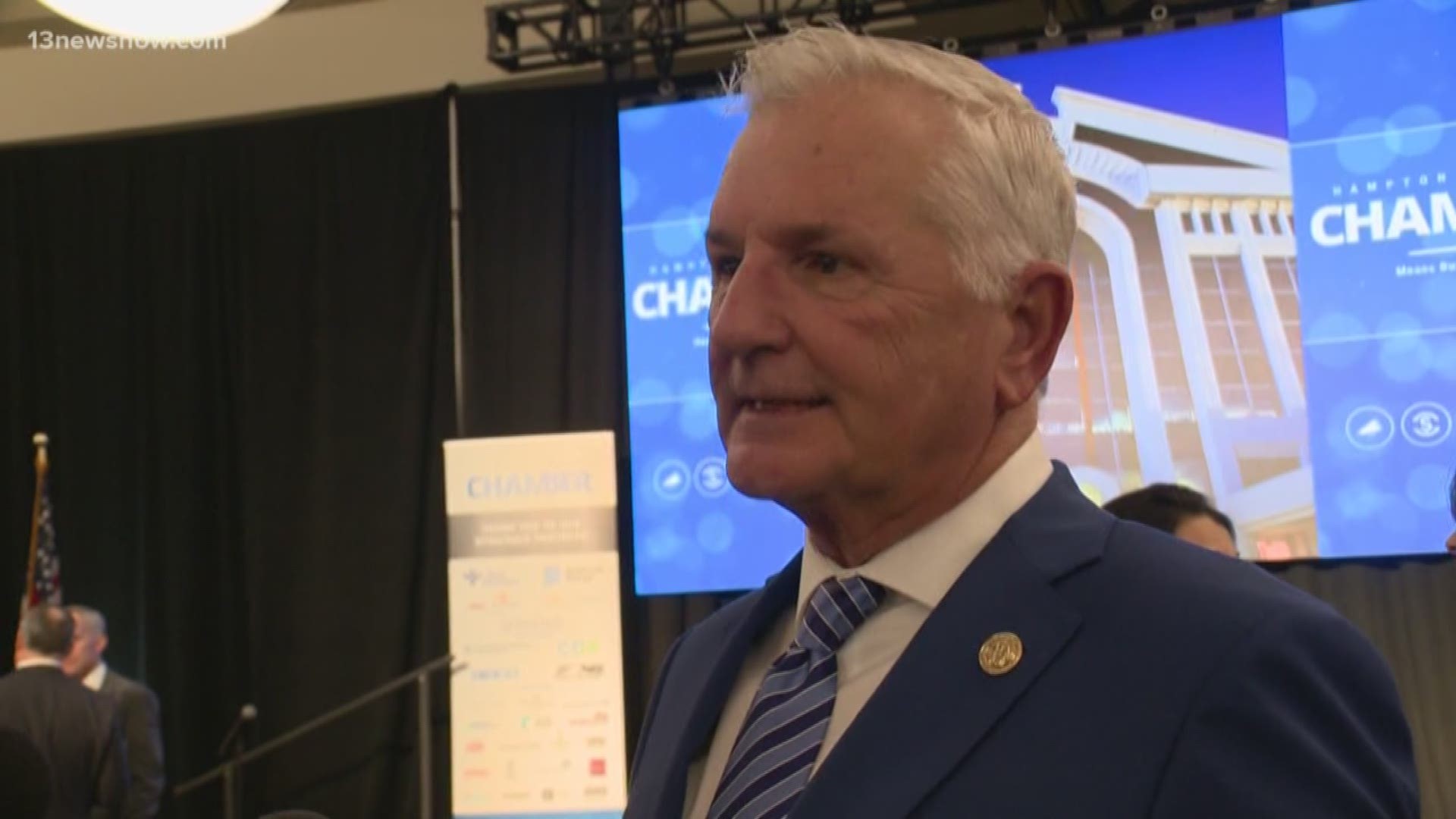 CHESAPEAKE, Va. — The Hampton Roads Chamber kicked-off its State of the City Series on Friday. It began with Chesapeake this year.

Mayor Rick West hinted at some exciting plans in the future, particularly for the Western Branch area and Chesapeake Square Mall could soon get bigger.

"They wanted revitalization of the Chesapeake Square Mall and number two they wanted more daytime employment,” Mayor West said. “I've got to tell you within the next two weeks we are going to be announcing a project that gives them absolutely both of those things."

During his address, Mayor West said he is excited to keep expanding his city.

"We will rise up and we will not throw away our shot,” West said.

Like any state of the city address, he focused on where Chesapeake is going.

"In the past year Capital Investment rose by more than $270 million, an increase of 12 percent,” West said.

He highlighted economic growth over the last year, with 455 new businesses and almost 1,700 new jobs coming to the community. But, that comes with growing pains.

"The biggest challenge obviously is keeping infrastructure up to meet the needs of all of the growth that comes,” West said.

He also wants to increase affordable housing and even more jobs. He announced 68 new jobs are on their way to Chesapeake’s waterfront, following an announcement by Governor Northam on Friday.

"Total Fiber Recovery is investing $49 million in a new paper recycling operation that will process 300,000 tons of mixed paper each year,” West said.

West hopes to see growth for the entire region.

"It's not Chesapeake being the first largest or the second largest, or anything else,” West said. “It's us as Hampton Roads, 757 region, coming together and making life better for all of Hampton Roads."

Next, Virginia Beach Mayor Bobby Dyer will take the podium for his State of the City address on March 11.