The crash was in the eastbound lane of I-64 at exit 299. That's near the Bowers Hill area. 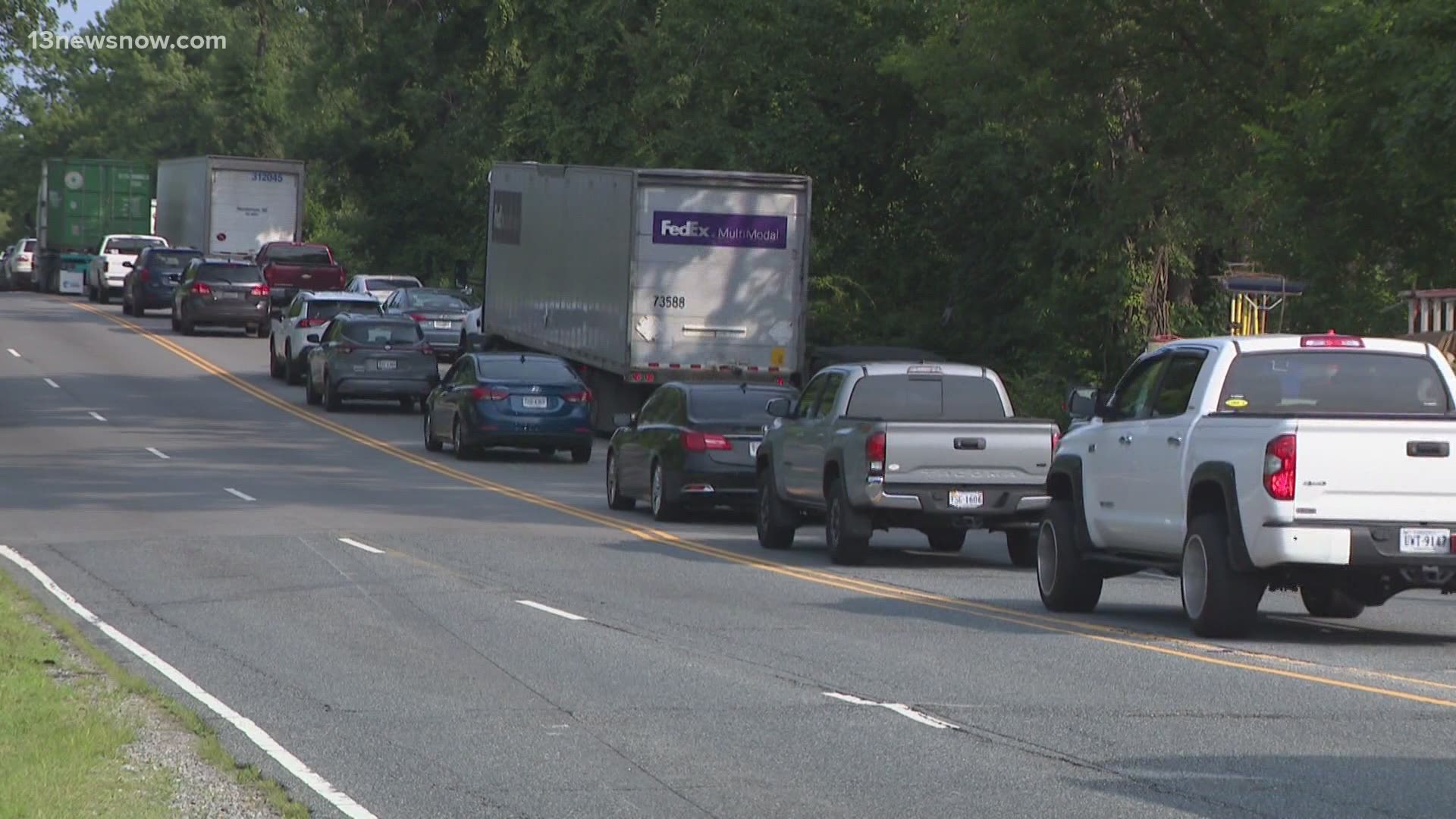 CHESAPEAKE, Va. — Virginia State Police said it was on the scene of a deadly crash on Interstate 64 in Chesapeake Thursday morning.

A VSP Reconstruction Team is assisting in the investigation, a spokeswoman said in a news release.

BREAKING -- A deadly crash in Chesapeake shuts down all lanes of I-64 EB at the High Rise Bridge pic.twitter.com/VT2FTC0tjE