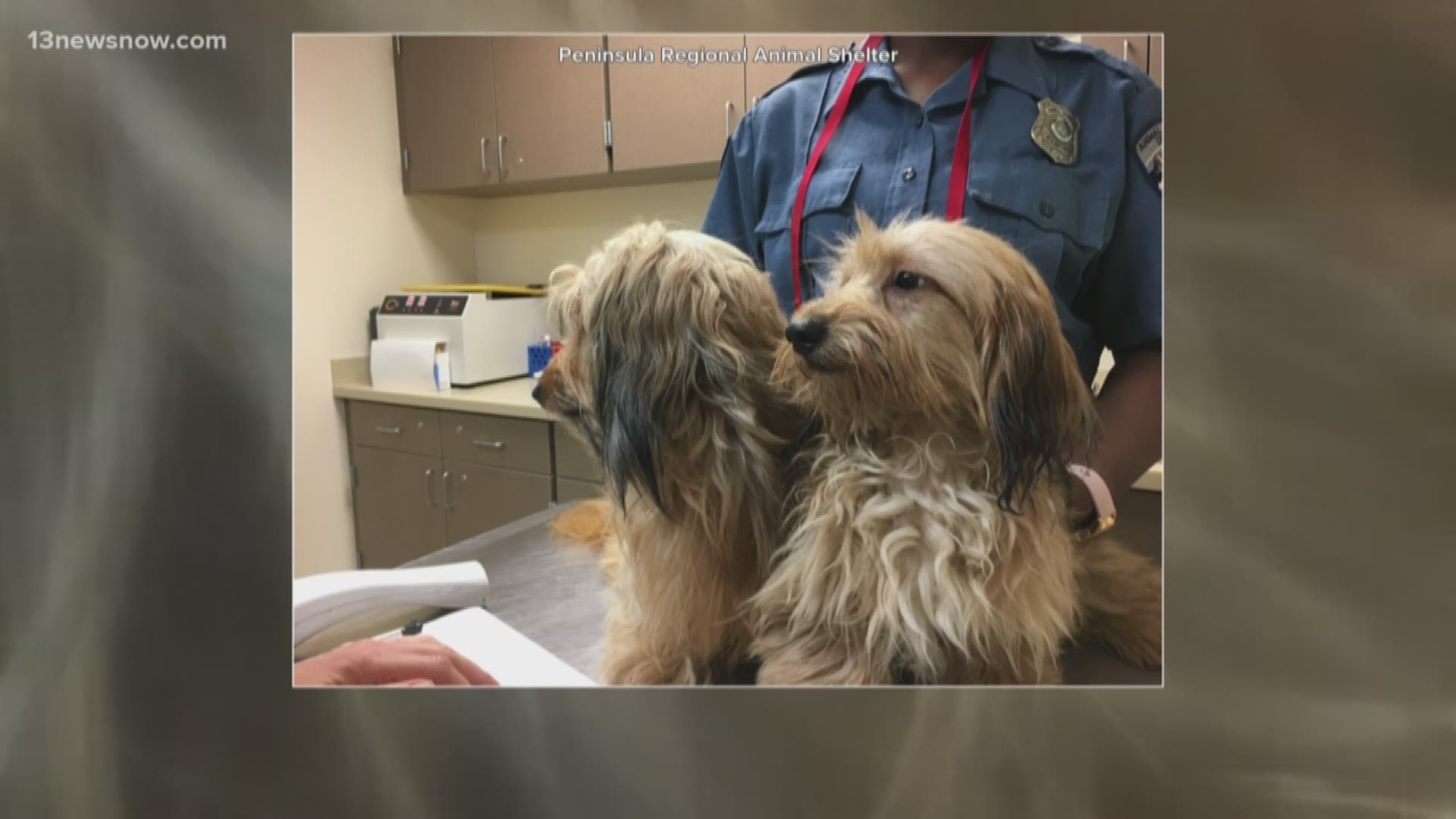 At the end of June, Hampton Public Safety Communications received a call to check on the welfare of several dogs at a home in the 500-block of Brockridge Hunt Drive. Animal Control officers went to it out, but they weren't able to see any dogs inside the .

On July 4, officers went back as a follow-up. On that visit, officers found 55 dachshunds inside the home. Police said there wasn't enough space for all of them.

The owner was given one week to provide adequate space or rehome them.

On July 11, the owner willingly surrendered 45 pups. They were taken to the Peninsula Regional Shelter.

A spokesperson with the shelter said just about all of the dogs were in good condition, and there were 18 puppies. Thirty seven have been sent to rescue organizations in the area and the remaining 8 dogs are undergoing medical and behavioral examinations before they can be made available for adoption.