After Virginia Beach beaches reopened to the public, Hampton is ready to follow suit. A detailed plan was released outlining ways to safely reopen city beaches. 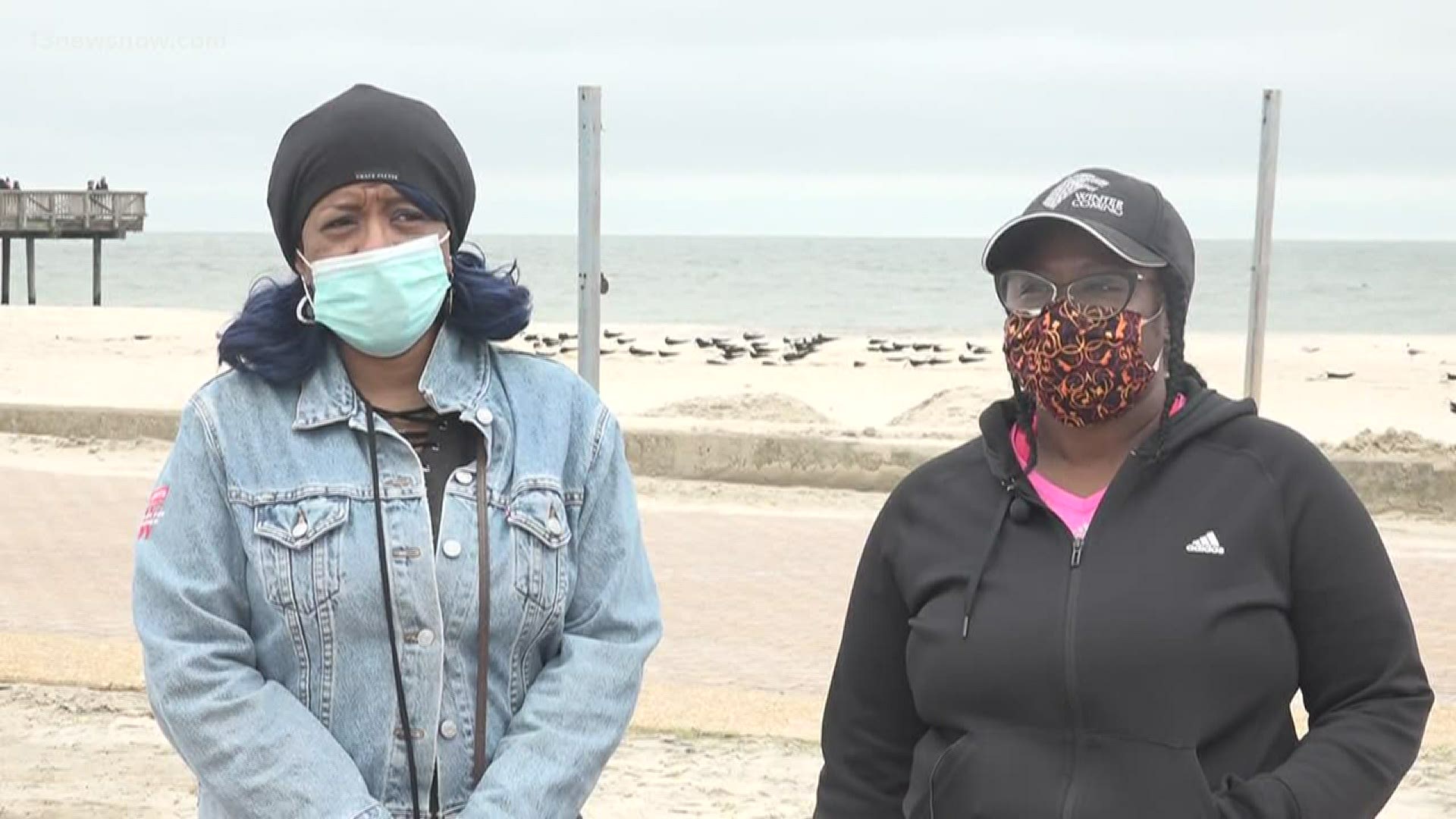 HAMPTON, Va. — City officials have created and released a plan to fully restore public access to Hampton beaches beyond exercise and fishing.

This follows the highly-anticipated reopening of Virginia Beach beaches that drew hundreds to the Oceanfront over Memorial Day weekend.

The proposal notes that reopening the beaches could happen under Phase Two of the "Forward Virginia" plan only if Governor Ralph Northam gives his blessing.

Under the proposal, no group sports like volleyball and frisbee will be allowed and speakers, tent/umbrella grouping, gatherings of 10 or more people, and food trucks will be prohibited. Social distancing must be maintained at each beach. Crowd control will also be enforced on Buckroe Beach.

Parking will be reduced by 50% at Buckroe Beach and certain lots and shuttle services won't be available until Phase Three of the Commonwealth's reopening plan.

As for monitoring and enforcement, staffers from Parks, Recreation & Leisure will be on hand, acting as beach ambassadors and "first responders" if they see people breaking the rules.

If someone chooses not to comply with the rules, they will be asked to leave. If the situation escalates, Hampton Police will step in.

Other changes include beach ambassadors. They will further educate people on what is allowed and not allowed under current phasing.

Hampton would also close its beaches when needed for public health and safety reasons.

Lacey Miller got the day off from work, so she and her friend packed their bags and went to Buckroe Beach Monday afternoon.

They expected to lay out in the sand, but that didn't happen. Lifeguards told several people Monday afternoon unless they’re walking or jogging, they can't hang out at the beach.

“I think it's a good thing, there's a lot of businesses in the area that benefits from people coming in,” Miller said. “I think opening the beach brings more business and that's what matters.”

There are others say it's too soon.

“Until we get a little more information, we should play it safe,” one beachgoer said.

View the full reopening plan below: