The Bassette and Elmerton cemeteries are the two oldest African American cemeteries in the city. 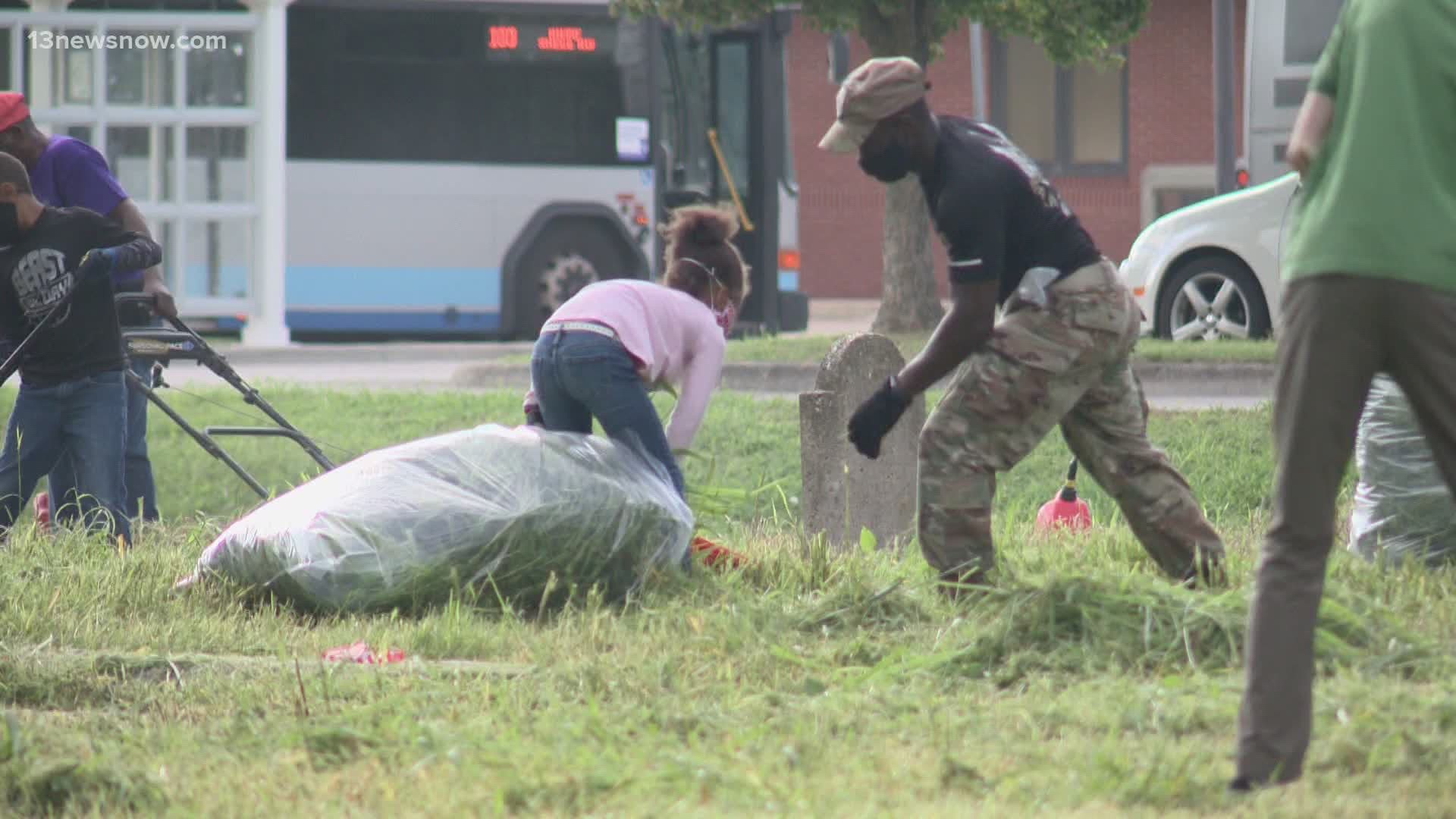 HAMPTON, Va. — After a rainy week in Hampton Roads, volunteers came together to clean up two historic African American cemeteries in Hampton—and they got some help from U.S. Army service members.

It’s easy for grass and weeds to take over tombstones at the Bassette and Elmerton Cemeteries, especially after days of rain.

They are the two oldest African American cemeteries in Hampton, and the final resting place for a lot of prominent African-Americans, like Mary Peake who taught freed slaves during the Civil War.

“This is a sacred burial ground.”

The Do-Gooders of Hampton Roads and the Barrett-Peake Heritage Foundation are no stranger to cleaning the cemetery when the grass gets too long, but this time they got a lot of help.  Members of the U.S. Army at Fort Eustis showed up to volunteer.

“To have the army—Fort Eustis—out here today, blew my mind,” Brown said.

Dozens of service members came prepared with weed whackers, lawnmowers, and even a barbecue grill for an after clean-up picnic.

“I actually pulled up this morning and I thought there was an event going on that I didn’t know about,” said Whalan McDew, chairman of the Do-Gooders of Hampton Roads.

“I knew that they were coming, I just didn’t know the force that was coming. It was a little bit of a surprise but definitely welcomed.”

The soldiers said they wanted to give back to the community.

“We know that things are not necessarily the best, right now, but we can still cast aside our difference to come together to make something positive happen,” said Staff Sgt. Israel Lopez.

Lt. Colonel Boyce Buckner added, “I challenged Israel and said, 'I think we need to find something that our organization can take, just our values of service and love of how we go forth and do wonderful things across the world, how do we share that in our local community.'"