Hundreds of people attended the event which reflected on the first landing of African slaves, 400 years ago. 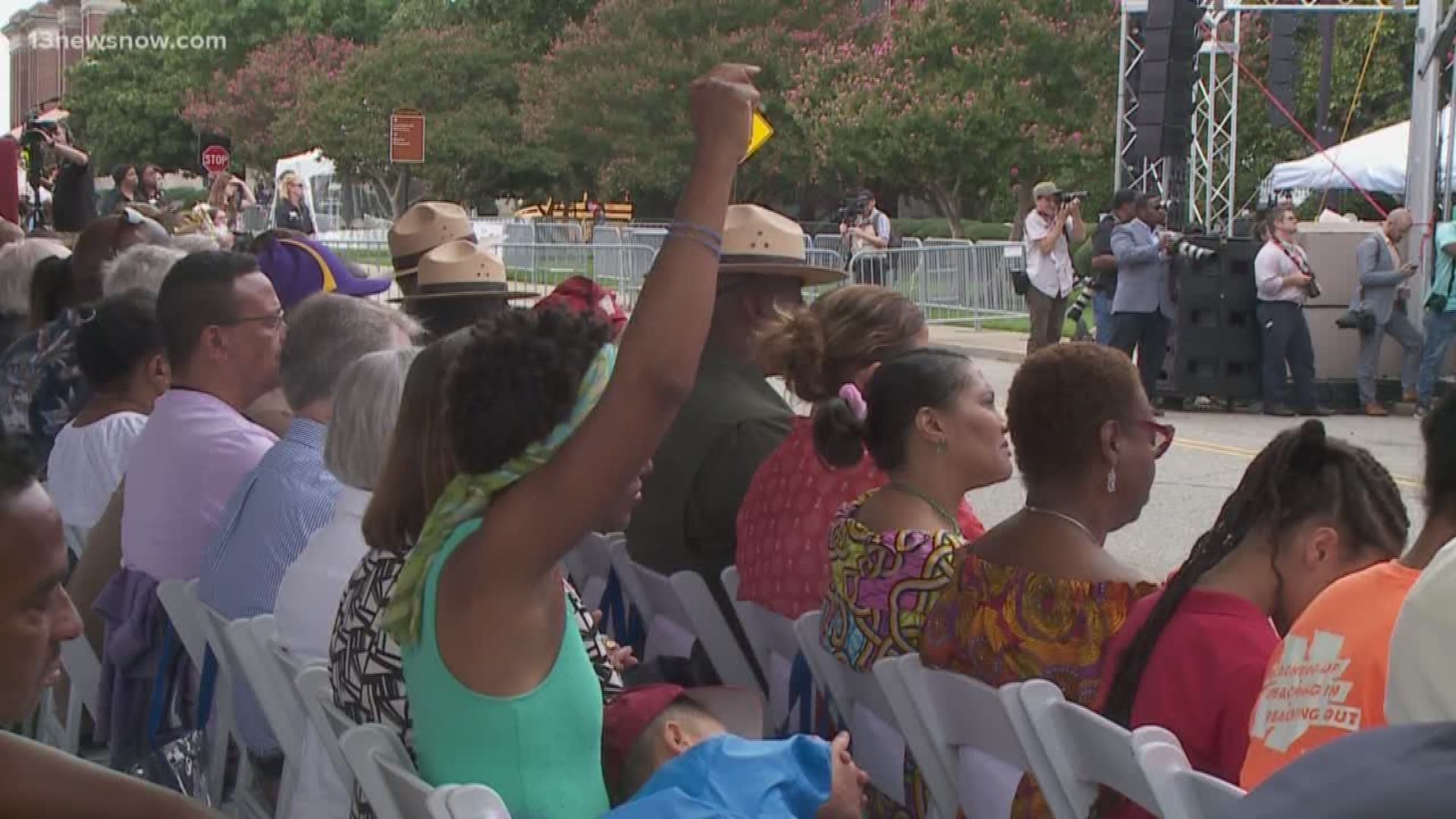 HAMPTON, Va. — Governor Ralph Northam announced the creation of a new commission on African-American History education that will review how that part of history is taught.

"Earlier today I signed an executive directive to establish a commission on African American History education in our commonwealth," Northam said.

"We want to make sure our students develop a full and comprehensive understanding of the African American voices that contribute to our story."

He was speaking at Fort Monroe for the 2019 Commemoration of the first African landing.

He joined other government officials in opening Saturday's portion of the event.

“The land we’re standing on now is the site of where the first enslaved Africans in British North America arrived 400 years ago,” Congresswoman Elaine Luria told the crowd.

The city of Hampton organized the commemoration event.

Hampton resident Chonita Collins said she's attended the annual commemoration since she moved to the area.

“I’ve been coming to this event since a few years ago – maybe about 4 or 5 years ago," Collins said. "It’s a commemoration – like they said, not a celebration but a commemoration and it's really touching to me.”

Four hundred years ago, in 1691, the first enslaved Africans were brought to the British North American colonies. They landed at Point Comfort, which is now present-day Fort Monroe.

“This commemoration challenges us to reject the simplistic versions of our history and, quite honestly confront the complicated truth," Senator Mark Warner said in his remarks.

'“I’ve had to confront some painful truths, among those truths was my own incomplete understanding regarding race and inequity,” Northam told the crowd.

But as attendees reflected on this painful history, they also recognized the sacrifices and contributions African-Americans have made to the United States.

Senator Tim Kaine said: “It is impossible to imagine an America without the courage and the spirit and the accomplishment of the African diaspora.”

Congressman Bobby Scott and others also recognized the need to learn from the past and continue to address current inequalities.

“As we continue to work in addressing inequality in education, incarceration, criminal justice system, income inequality and voting rights," Scott said. "We also pause to celebrate the incredibly resiliency of those Africans and their descendants.”

The commemoration officially began on Friday and events will last through the weekend.