Gov. Ralph Northam said removing the letters from the 1950's-era archway at Fort Monroe will make the state more 'welcoming and reflective of our values.' 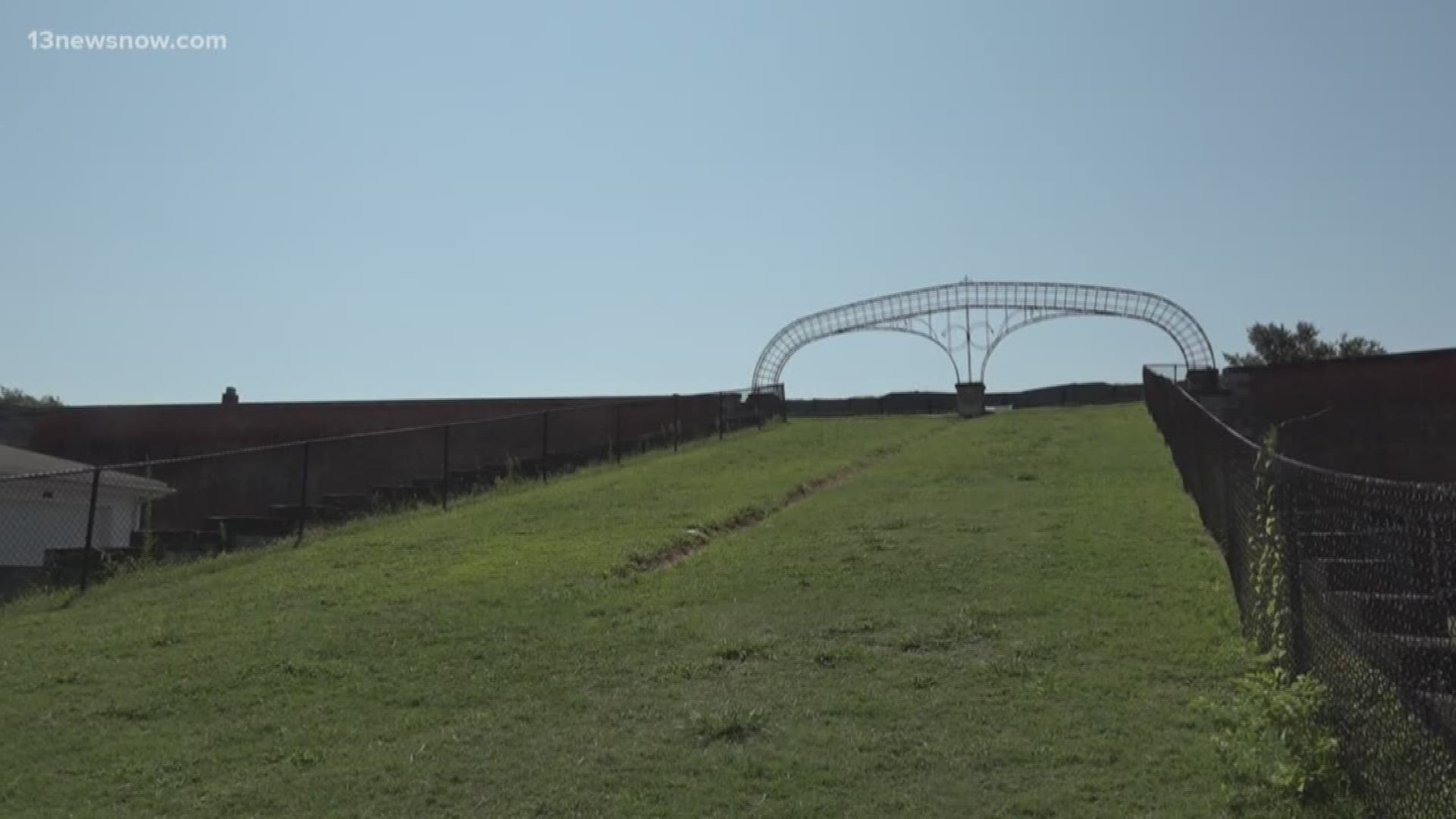 HAMPTON, Va. — Virginia Gov. Ralph Northam is praising the state's removal of Confederate president Jefferson Davis' name from an archway at the site where the first enslaved Africans arrived in Virginia 400 years ago.

Northam said at a news conference Tuesday that removing the letters from a 1950s-era archway reading "Jefferson Davis Memorial Park" at Fort Monroe will make the state more "welcoming and reflective of our values."

The letters were removed Friday. They will be placed in a museum at the former military base, which overlooks the Chesapeake Bay and was the site of the 1619 arrival of the state's first Africans.

Davis was imprisoned at the fort after the Civil War.

Northam pledged to work toward racial reconciliation earlier this year after a racist yearbook photo almost forced him from office.

Gov. Northam said two interpretive signs were erected to provide contextual background. The language on these signs is below:

Sign 1: The Jefferson Davis Memorial Arch was erected in 1956 by the United Daughters of the Confederacy, with the permission of the U.S. Army, to commemorate the imprisonment of Confederate President Jefferson Davis at Fort Monroe. The arch was rededicated in 1986.

After the Civil War, Jefferson Davis stood as the most vocal proponent of the claim the war had been a constitutional struggle, not a fight over the future of slavery in the United States. His claim was part of the Lost Cause crusade, in which white southerners sought to elevate secession, the Confederacy it created, and the war it waged into a high-minded crusade.

Sign 2: This memorial to Jefferson Davis, for some, conjures up a sense of heritage and history. For others, it is a symbol of hate and highlights the intent to exclude African Americans from public life and civil liberties. This memorial was placed here during the modern civil rights movement in the 1950s, a time which triggered a wave of Confederate monuments and the renaming of public buildings and spaces. Some Virginia cities and counties closed their schools in “massive resistance” to the Supreme Court’s invalidation of segregation, arguing that it was the state’s right to determine relations between black and white people. The new memorials, such as this arch, celebrated the heroes of the Confederacy as defenders of an unfairly oppressed region, in opposition to this federal ruling.

“Fort Monroe is a symbol of the arc of freedom and removing this arch allows us to tell Fort Monroe’s special story with the reverence and respect it deserves,” said Fort Monroe Authority Director Glenn Oder. “This will let us tell the history the way it was intended to be told both in terms of when the arch was installed and why, as well as allowing people to interpret the arch for themselves.”