A battalion chief said a spark from the original fire at Apple Tree Beauty Empire lit pieces of cardboard on fire. It didn't cause any extra damage to the store. 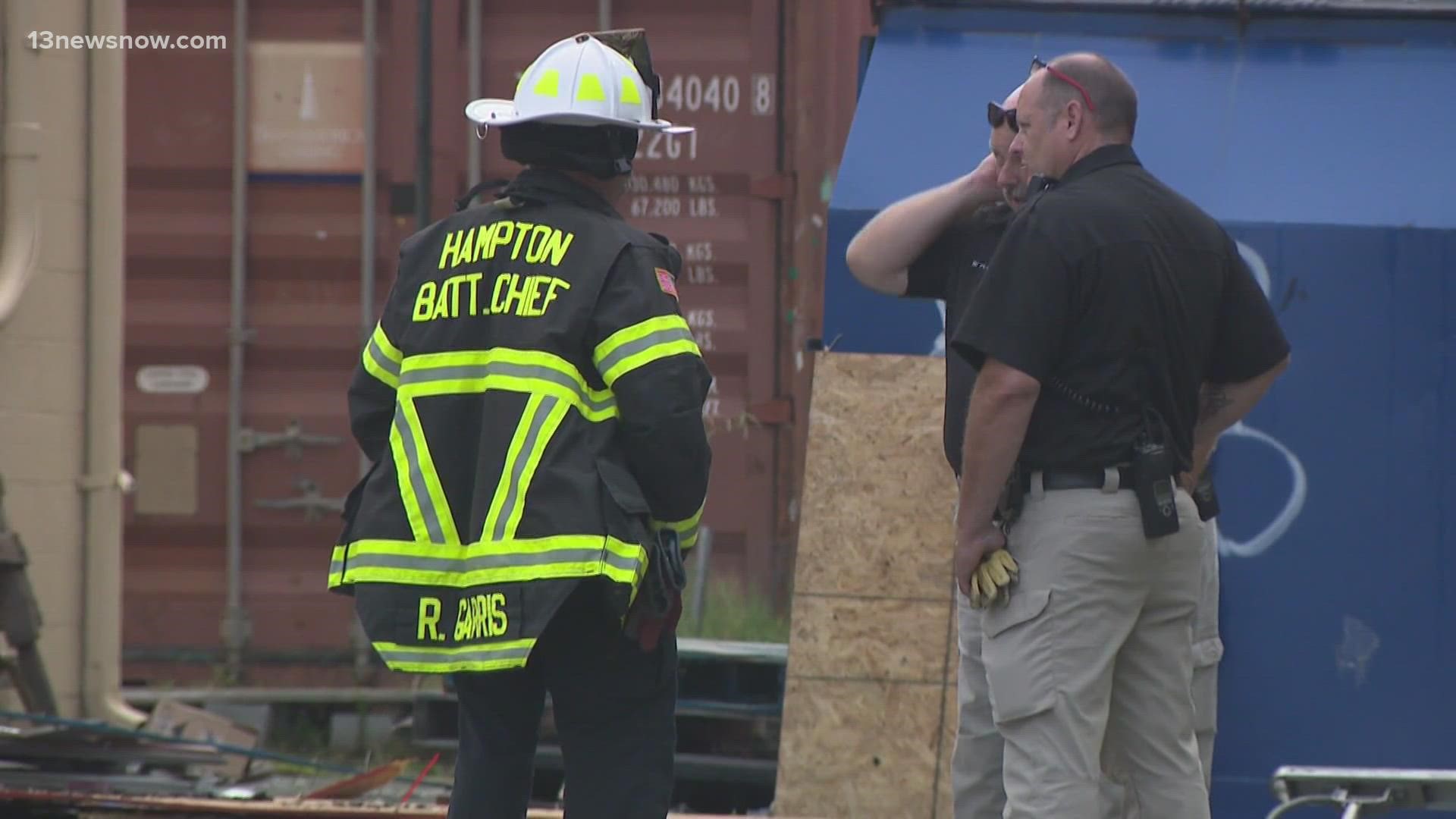 HAMPTON, Va. — Firefighters were at a beauty supply store Monday after a spark from a fire that destroyed the business Saturday reignited the fire.

It took crews roughly three hours to put out the flames at Apple Tree Beauty Empire when they responded to the first fire. The flames and smoke left little inside the business, located at 4009 W. Mercury Blvd. A firefighter had a minor injury to a hand.

A battalion chief with Hampton Division of Fire and Rescue said that things started burning again Monday after pieces of cardboard hit by a spark caught fire. There was no extra damage to the building.

A beauty salon owner, Kiva King, stopped to see the scene after she heard what happened.

"They've been here for years in this community," said King, who mentioned she shopped at the store for her daughter. "Someone said it caught on fire, and then they said it caught on fire a second time, so I can only imagine just as another business owner what they would have to go through to recover from this."

King said the types of products sold by the store, including wigs, are not easy to replace.

"It's very expensive, and due to COVID, getting new shipments in, it takes so long now," said King as she looked at Apple Tree Beauty Empire. "So, it's going to increase the recovery of this business. It's going to be months."

The cause of the original fire remains under investigation

Apple Tree Beauty Empire salon caught fire again this morning — as a result of a spark from the original fire.
The Hampton Fire Battalion Chief on scene says the cause is still being investigated @13NewsNow pic.twitter.com/IIPqUgMxUU