Mark Talbot will become Hampton Chief of Police in July. 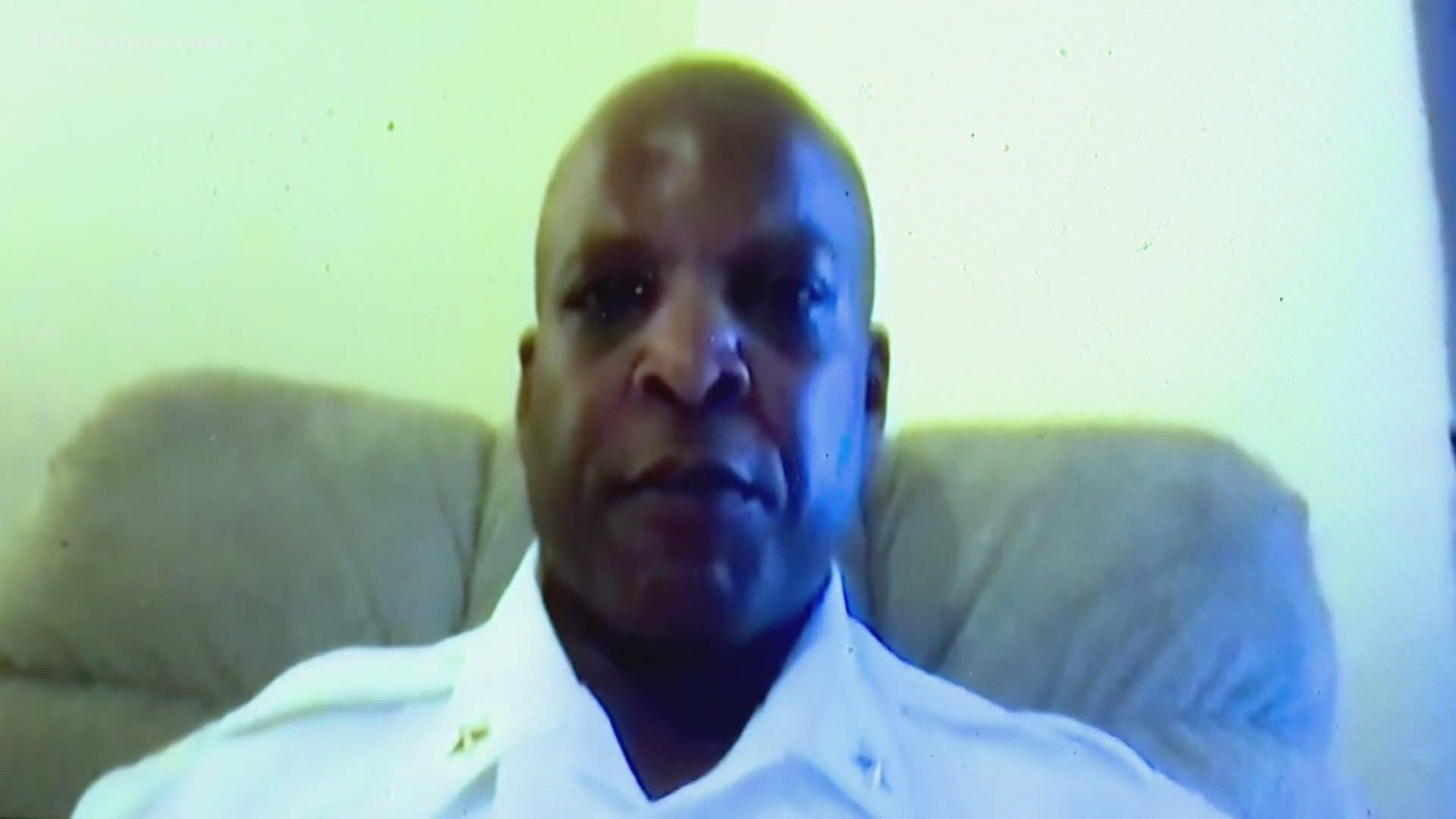 HAMPTON, Va. — In July, Mark Talbot will be the first Black police chief in Hampton's history, and he shared his vision and strategy of making the community safer.

"I believe in saving lives, and I want to save as many lives as possible," he said.

The Hampton NAACP chapter introduced Talbot to the community via Zoom on Monday. With over 30 years of experience in law enforcement, Talbot said being the first Black person to lead the police division is not lost on him.

“I believe in saving lives and I want to save as many lives as possible," he said.

Talbot said he prioritizes community engagement and opposes "broken windows" policing, which focuses on low-level offenses to ward off serious crimes.  He argued police should not focus on arresting people for minor offenses without known danger.

"My strategy will work and Hampton will be safer," he said.

When asked if he supports citizen review boards or the end to qualified immunity, Talbot did not oppose either.

“If that’s what the City of Hampton wants to do, it will not stop what we are doing as a police department,” he said.

“I want everyone who gets pulled over by police officers I want you to be to treated like the police chief," said Talbot.

Talbot said he supports recommendations made in the 21st Century Task Force on policing, which included citizen review boards.