The City of Hampton is weighing a ban on guns at polling places. 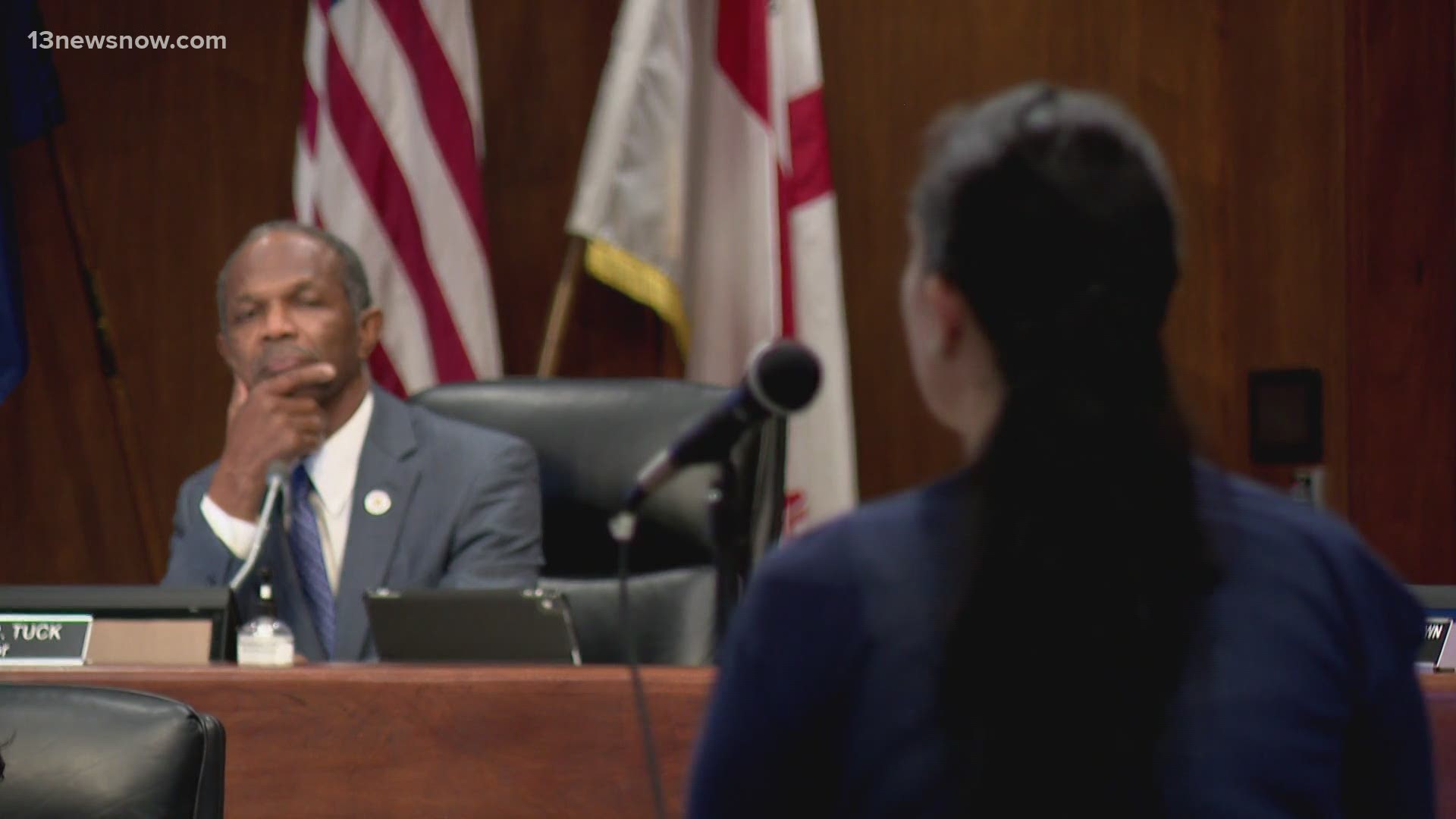 HAMPTON, Va. — The City of Hampton is considering prohibiting guns at all polling locations for the upcoming election.

The Hampton NAACP voiced concerns about why this change is needed at Wednesday’s city council meeting.

“You don’t need a gun to go vote. You can leave it in your car,” said Hampton NAACP President Gaylene Kanoyton.

The Hampton Public Library is one of 31 election polling locations. Right now, the laws state you can bring a gun to vote in certain public places like libraries and community centers.

Kanoyton sent Mayor Donnie Tuck and City Council a letter on Tuesday where she requested no guns in public spaces.

She presented her concerns to them in-person at Wednesday night’s council meeting.

“We want people to have fun. We don’t anyone to feel intimidated when they cast their vote,” said Kanoyton.

Kanoyton was not the only one expressing concern.

“It’s an interest of the council that this is being brought to you all, should anything happen on voting day. You don’t want to be liable,” said one concerned Hampton resident.

“From a national perspective as well as local, there’s some concerns about individuals showing up at polling places with weapons that we’re going to try and see that doesn’t occur,” said Tuck.

Tuck said the city attorney is looking into what such an ordinance could look like and the consequences.

Tuck said the city council will make a decision to ban guns at all polling places at its next meeting on October 28.