Terry Sult has served as Hampton's Police Chief since 2013. 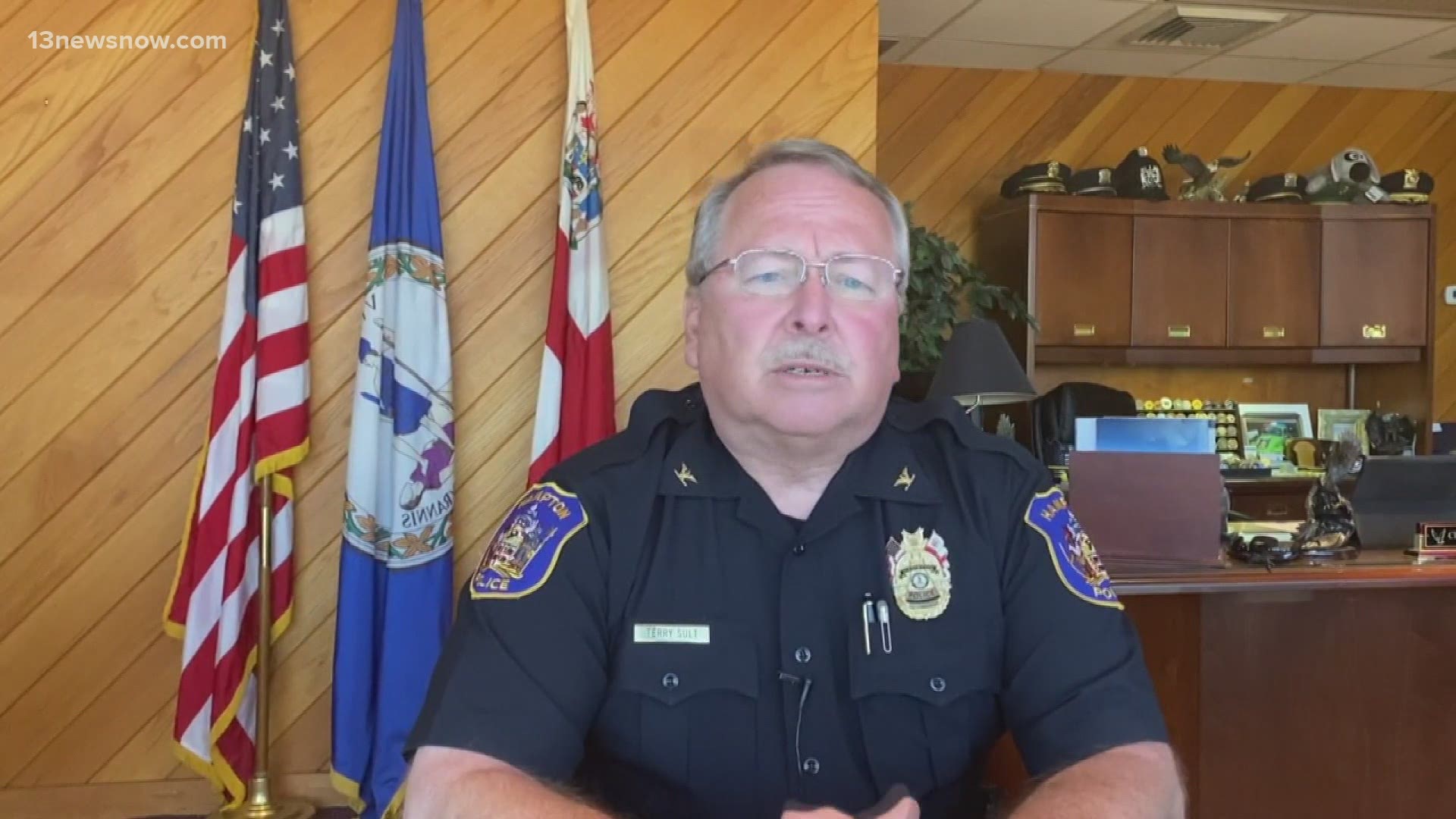 HAMPTON, Va. — The chief of the Hampton Police Division says he will soon step down.

Police Chief Terry Sult announced he plans to retire in the next six months to a year.  The announcement was made Wednesday in a video recorded for the department's staff and uploaded to YouTube.

Sult said he is giving advance notice of his retirement to allow time for the City to find new leadership and to ensure a smooth transition process.

"I've been asked to participate in trying to find the next police chief for the Hampton Division," Sult said, and that Hampton City Manager Mary Bunting would soon be putting out a letter outlining the next steps in the process.

"At the end of the day, we want to make the right decision for the next police chief. Whether that person comes internally, externally ... It's really about the right person for this community. I believe the manager has the intent to hire a professional agency to help seek out qualified applicants, and I will be involved in that process to some level, and certainly, that's my commitment."

Sult said after a new chief has been selected, he would help in the transition.

"I can help brief the new person coming on board and advise them where we have been, all the way up to where we are [now], so that they can help develop a strategic plan on how we move into the future as an organization," he said.

As for what would be next for the Chief, Sult said he would "be involved in policing at some level, although not another police department."

Sult has served as Hampton's Chief of Police since 2013.