Hampton Police Chief Terry Sult says officers found a body in the search for missing 2-year-old Noah Tomlin. They're waiting to confirm the body is Noah's. 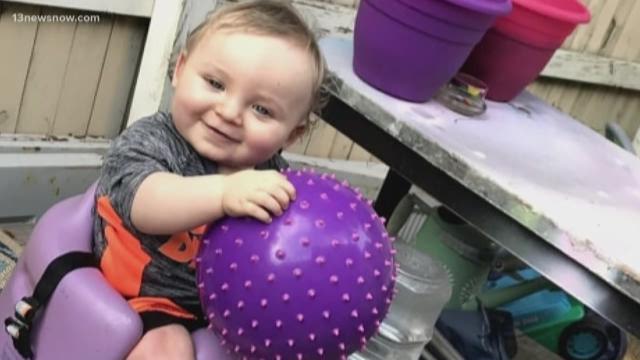 HAMPTON, Va. — Hampton Police Division said during a press conference that a body has been found in the search for a 2-year-old toddler who went missing last week.

Hampton Police Chief Terry Sult said police are waiting for the body to be identified and an autopsy to be conducted.

Officers said the remains were found at the Hampton Steam Plant at 8:50 a.m. on Wednesday.

Crews had to sift through more than two million pounds of trash during their search.

Watch the full press conference below:

On June 28, police arrested the mother of Noah Tomlin in connection to the 2-year-old's disappearance.

Julia Tomlin, 34, has been charged with three counts of felony child neglect. Hampton police are still looking for her son Noah.

The two-year-old was reported missing Monday, June 24 by his mother.

Hampton Police Division released all of the organizations that made searching for Noah possible:

Read more about the search for Noah, here.