The park where they commemorated the lives lost, has a special connection to the victims. 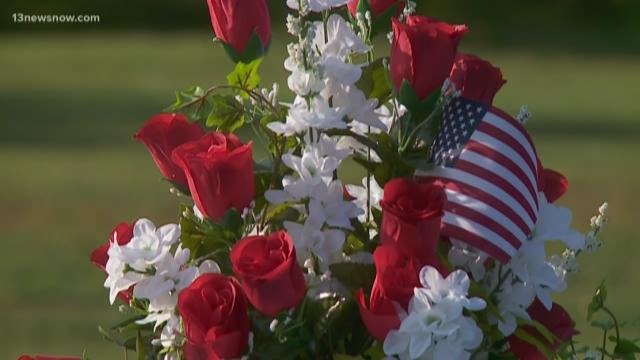 Residents joined together to commemorate the lives lost during the Sept. 11 terrorist attacks.

"Each of the trees that were planted out here contains soil beneath them from each of the locations where the planes crashed: the two World Trade Centers, the Pentagon, as well as from Pennsylvania," Gwaltney said.

"There's really a connection and we're the only locality that we know of in the United States that has something like this."

Residents read the names of the victims who died and marked the exact time each plane crashed with the tolling of bells.

Teddy Jusino was in New York City at the time of the attacks. He worked just eight buildings down from the Twin Towers.

A day after it happened, he took pictures of the aftermath that he shared, today.

"Oh absolutely, it's devastating, I've been depressed ever since it happened. I have to take medications for it," Jusino said.

"We were just devastated. We had paper masks on and everything. You could see the black dust on the cars ad everything. It was just terrible."