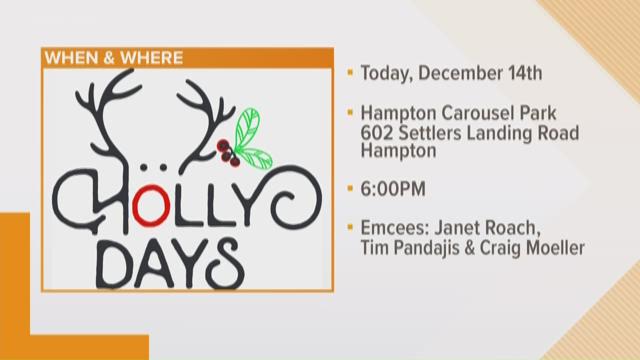 This year's theme is "Holly Days Around the World" in preparation for the 20th anniversary of the International Children's Festival in 2020.

The parade is free and open to the public. The best view is along Settlers Landing Road, from the Crowne Plaza near the Virginia Air and Space Museum.

The city encourages residents to bring their entire family to enjoy the parade.