The burger restaurant in Hampton had its grand reopening. The restaurant was rebuilt after a fire damaged it. 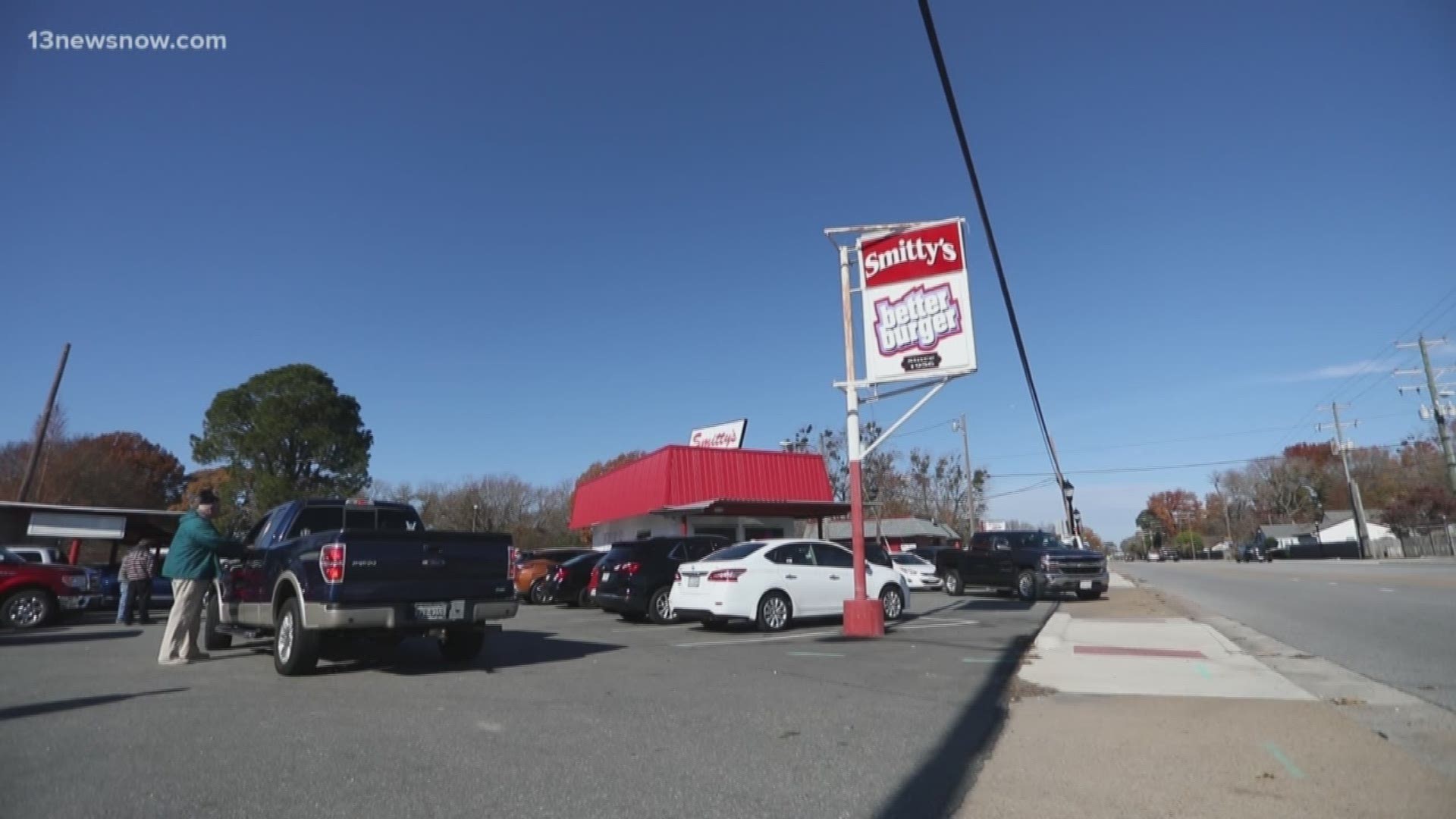 HAMPTON, Va. — The rebuilding efforts are complete at Smitty’s Better-Burger, and the Hampton restaurant had its grand reopening Friday.

The owner, Paul "Smitty" Smith, held a ribbon-cutting for their second grand opening.

The iconic burger joint has been a staple in the city since its first opening in 1956.

In March, an early morning electrical fire badly damaged the restaurant. The Smith family, owners of Smitty's, closed its doors but vowed to rebuild.

"It made me pretty sad. Especially when I came over here and looked at it," said Mr. Smith.

Scott Garnett, a loyal customer, placed one of the first orders.

"I love the service and the old school, vintage way they bring the food out and prepare it," said Garnett. "They come to your window and put the food on your window and just eat it, you just don’t find many places like that anymore."

Another customer, Yaolande Hayes, said she missed the restaurant's burgers since it closed.

Mr. Smith said seeing his parking lot filled on the first day back was a good feeling.

"It's been more than I thought," said Mr. Smith. "I didn’t realize that so many people were waiting to get open."

The restaurant is located at 1313 N. King Street.

1 / 8
Adriana De Alba, 13News Now
Smitty's Better-Burger, a staple in Hampton, Va., reopened on November 29, 2019. The restaurant closed earlier in the year after fire damaged it.