Hampton University is building an eSports lab, with the help of a $340,658 technology grant from the Department of Homeland Security. 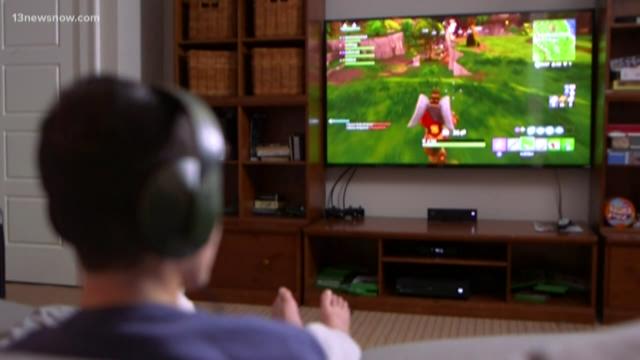 HAMPTON, Va. — Students at one local college will soon be playing video games as part of their studies.

Hampton University is building an eSports lab, with the help of a $340,658 technology grant from the Department of Homeland Security.

He began taking notice of the booming popularity of eSports -- short for electronic sports -- in which players compete using video games in front of millions of fans in person or streaming online.

Some of the most popular games include Fortnite, Call of Duty and Madden NFL.

RELATED: An inside look at the competitive world of collegiate eSports

With the creation of the new eSports lab in the school's library, the Historically Black Institution will offer eSports as an academic course in the Department of Sports Management starting in 2020.

“Statistically, African Americans are about 75 percent of the users but less than 2 percent of us are engaged in eSports," Prof. Hughes said. "As of now, there’s no HBCU offering eSports, which leaves a void in diversity.”

The eSports class will start as a concentration for graduate students in Sports Management starting in 2020. Hughes said in addition to students being able to master the games, they'll also be able to create video games.

"To me, that’s the biggest piece. Not only will you play it, you’ll be able to create it," Hughes said. “So some video games might be produced by Hampton students if the idea is good enough.”

Hughes hopes it will set his students up for successful careers.

“It’s absolutely a career," Hughes said. "It’s a billion-dollar industry as of now and by 2020, it’ll be a $2 billion industry. The market dictates what you do.”

Hughes said the grant will also allow them to invest in 24/7 access to therapists for students who might struggle with anger or video game addiction.

He said they’ll also look into limiting how much time students can spend in the esports lab each semester.