IN SESSION: High schoolers in Hampton invent dish for astronauts in space

A group of high school culinary students in Hampton said they're spicing up outer space with a dish made specifically for astronauts. 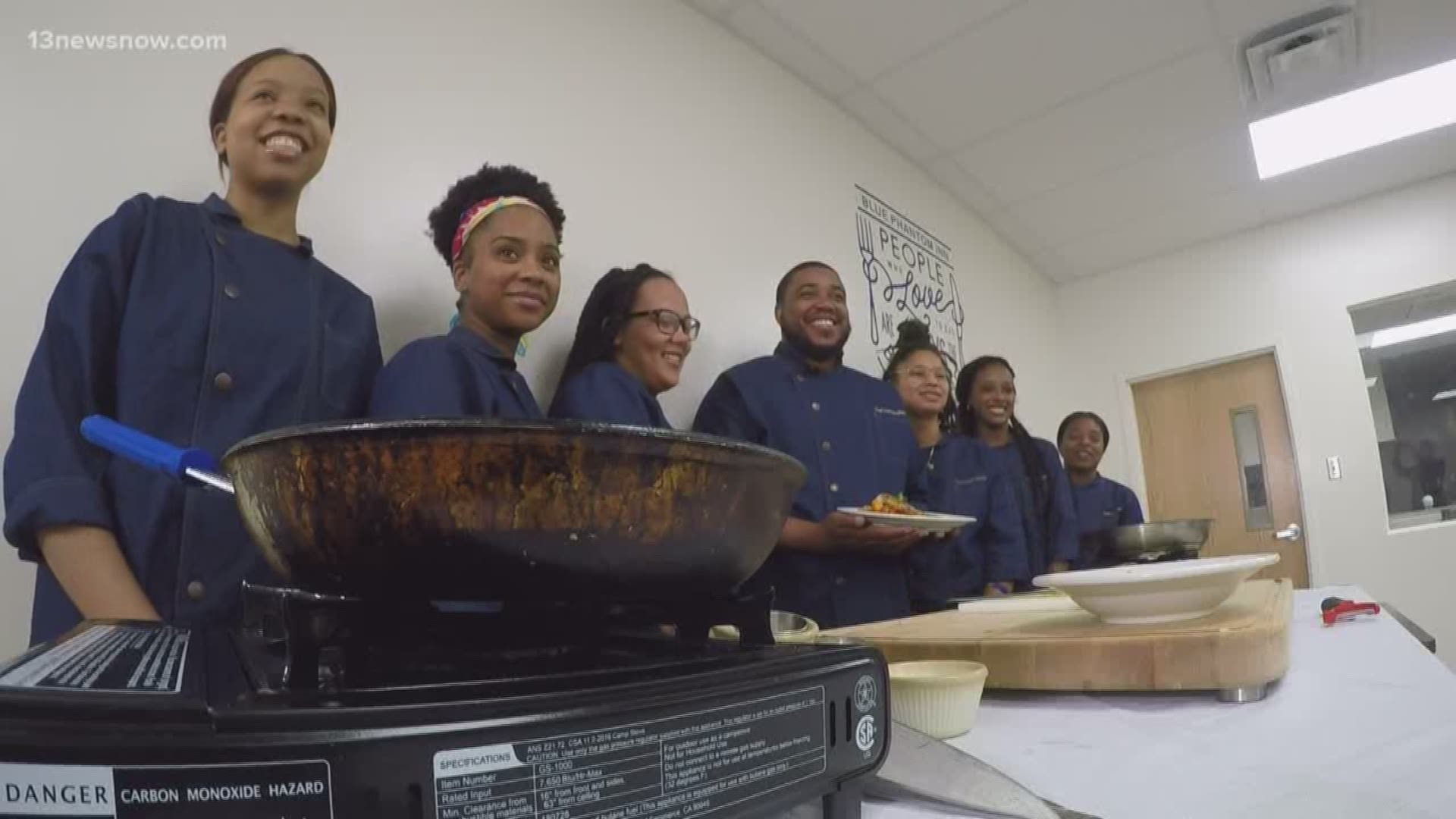 HAMPTON, Va. — A group of high school culinary students in Hampton has made a dish that is out of this world.

Chef Travis Walker and a select group of girls from his culinary class at Phoebus High School recently won the 2019 NASA HUNCH Culinary Competition. Now the dish they invented especially for astronauts will be enjoyed aboard the International Space Station.

Chef Walker, the culinary program instructor, has been at the school for four years. But before that, he was a chef for NASA.

“You really need to know what it takes for food to sustain in space and how it can work for an astronaut’s health," he explained. “Their taste buds diminish in space, so you want to use different spices to try and enhance the flavor.”

The goal was to cook up a dish enjoyable and healthy enough for astronauts aboard the ISS. Through extensive research and lots of trial and error, the group came up with the "Organic Harvest Hash." It has a shelf life of six months and packs plenty of nutrients.

“We have parsley, sage, butternut squash. We have a hard-boiled sweet potato," Walker said. “Also a little parmesan cheese and low-fat pancetta.”

Walker and his team of student chefs flew to Houston to compete against other schools in the NASA HUNCH competition. But it was their Organic Harvest Hash that most impressed the judges.

The team from Phoebus High took home first place and now NASA is adopting the recipe, teaching the students they can make a difference on Earth and beyond.

“Hunch was a challenging competition because there’s so many components besides just food," Walker said.

The Johnson Space Center Food Lab will process the entree and send it to the International Space Station within six-to-nine months.

The girls say they're spicing up outer space.

This is actually the second time Phoebus High School has won the HUNCH competition. In 2015, the school's Jamaican rice and beans with coconut milk was sent to the International Space Station.