It'll cost another $98,000 to stabilize the pier and remove debris. Buckroe Fishing Pier was damaged after a barge crashed into it last month. 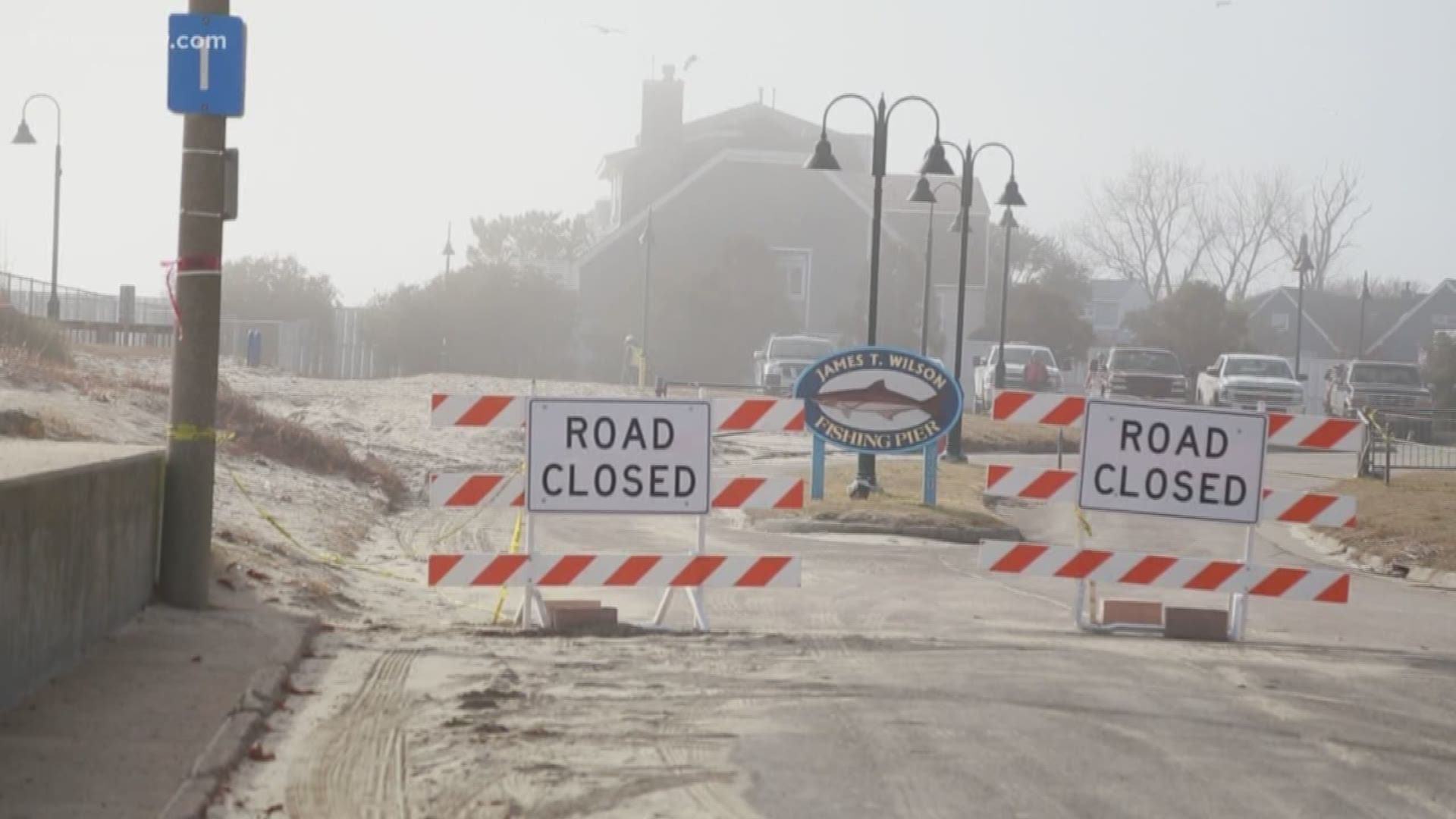 HAMPTON, Va. — The City of Hampton says it could cost between $750,000 and $1 million to repair Buckroe Fishing Pier after a barge crashed into it last month.

That cost doesn't include the additional $98,000 to stabilize the pier and remove debris.

The pier was severely damaged on Nov. 17 when a loose barge slammed into it early in the morning. The pier collapsed minutes later.

The area was experiencing a coastal storm, and strong winds and turbulent waves caused emergency crews to delay removing the barge near the pier. The city is pursuing a claim with the barge owner's insurance company.

Officials said residents should stay away from the pier since it is unstable and unsafe.

A month after the pier collapsed, Kim Wallace, a nearby resident said he's anxious for it to reopen.

"It’s a landmark, you know? Cause when you go to Hampton to go fishing, this is the place," said Wallace, who watched as the pier collapsed back in November.

The 709-foot pier is located near Point Comfort Road, in the same area as the previous pier which was destroyed by Hurricane Isabel in 2003, according to the City of Hampton.

The pier was rebuilt and reopened in 2009.

It was renamed the James T. Wilson Fishing Pier in 2015 to honor the city's long-time parks and recreation director Jim Wilson, according to a 2015 Daily Press article. Wilson retired in 2016.

The pier is supported by concrete pilings with wooden decks and railings.

Robin McCormick, a spokesperson for the City of Hampton said the first step, which is stabilizing the pier, will be completed by January 2020. Once a contract is awarded for final reconstruction, it'll take about six months for it to be repaired.

Wallace said he's desperate for it to reopen; the closure has caused several problems for people like him who live nearby.

"It's an eyesore, and the way it is now, it causes a lot of traffic... cause it being like this brings a lot of people here just to see it," said Wallace.

McCormick said all of the work is expected to be completed sometime next summer.

RELATED: Buckroe Fishing Pier collapses after a loose barge crashes into it