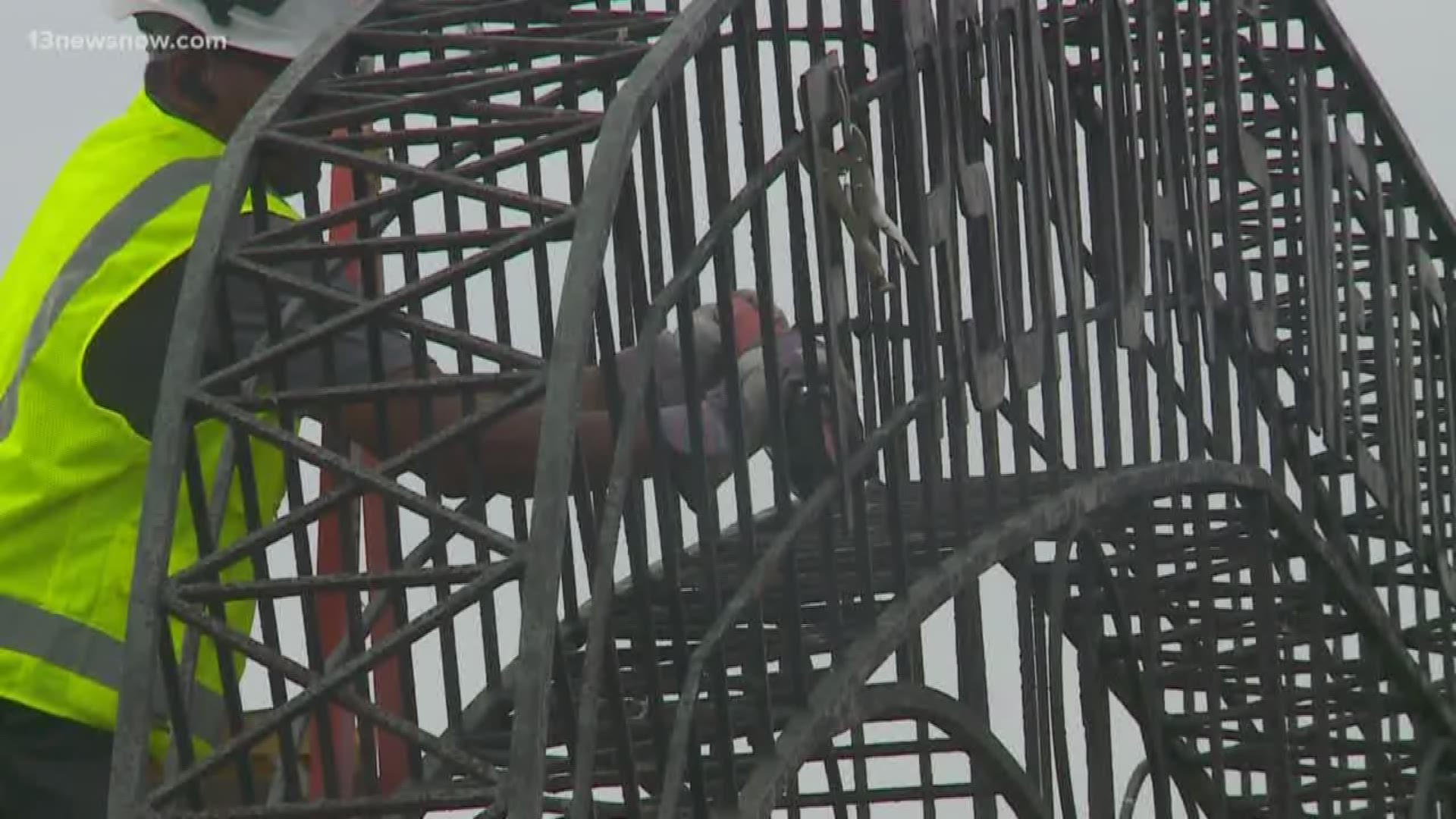 HAMPTON, Va. — The letters spelling out the name of the president of the Confederacy have been removed from an archway at historic Fort Monroe, where the first enslaved Africans arrived in Virginia 400 years ago.

Earlier this year, Gov. Ralph Northam called for the entire removal of the Jefferson Davis Memorial Arch at the historic U.S. Army site in a letter presented to members of the Fort Monroe Authority Board of Trustees.

An alternative proposal was eventually agreed upon, which said only the letters reading "Jefferson Davis Memorial Park" should be removed from the arch.

On Friday morning, a crew came out to do just that, taking the letters down but leaving the arch itself in place.

Glenn Oder, the Executive Director of the Fort Monroe Authority, told 13News Now the letters will be moved into the fort's Casemate Museum, where contextual signage can explain their history.

The United Daughters of the Confederacy paid the U.S. Army to build the arch in 1956. Davis had been imprisoned at the fort for treason at the end of the Civil War.

The old army base sits on a hatchet-shaped peninsula named Old Point Comfort. The first enslaved Africans arrived at Point Comfort in 1619, and slaves sought their freedom at Fort Monroe during the Civil War when it served as a Union outpost.