With the citywide curfew now in place, the rally ended around 7:30, giving people enough time to get home. 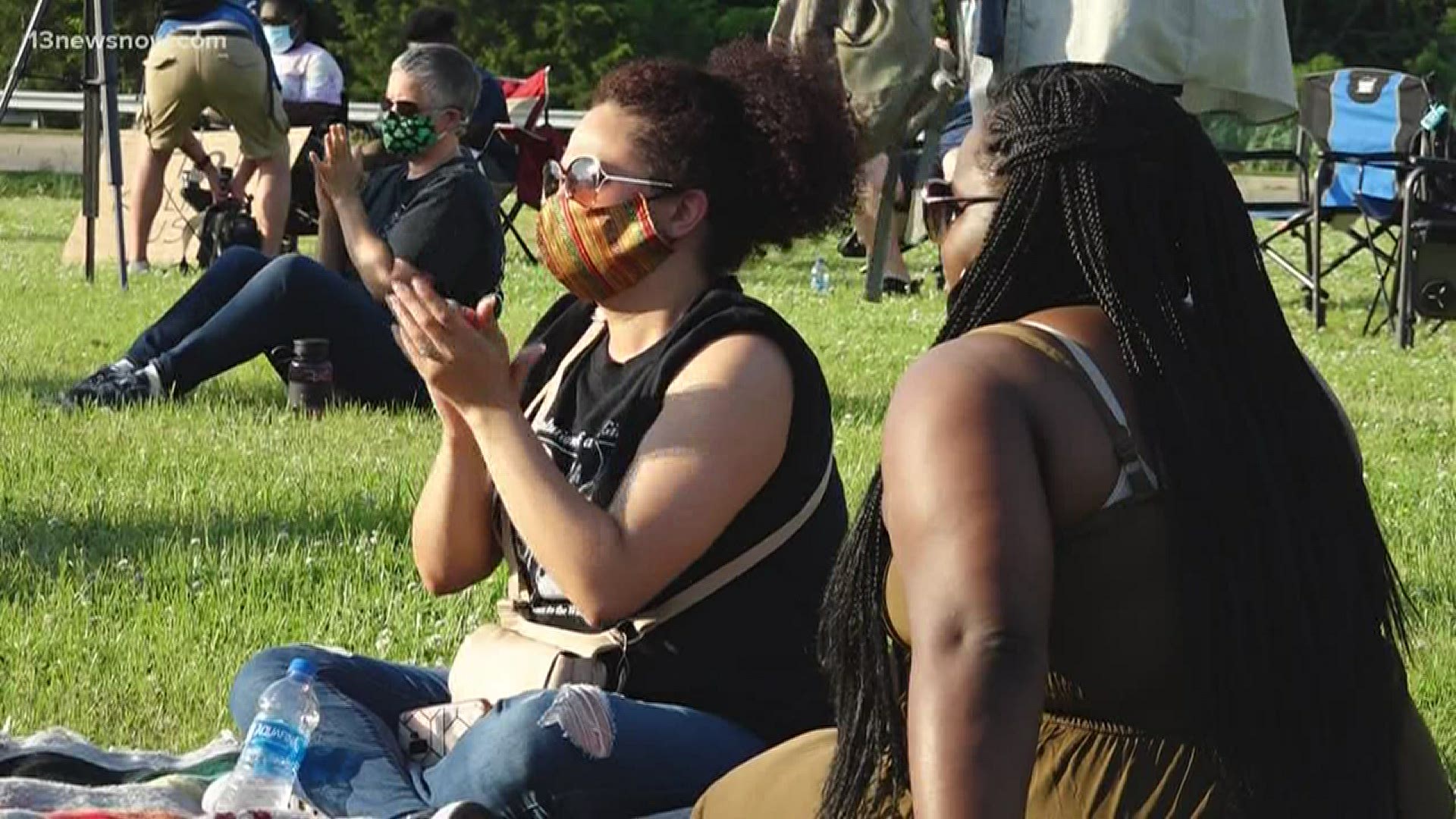 HAMPTON, Va. — The NAACP held a justice rally in Hampton Wednesday night, and it remained peaceful

President of the Hampton Branch NAACP Gaylene Kanoyton was aware of the protests Tuesday night at Peninsula Town Center that resulted in several businesses being damaged, but she said Wednesday's rally is much different.

Kanoyton said Wednesday's event is a youth and community rally for justice, as well as a voter registration drive. It's meant to give young people an opportunity to speak on what they're seeing across the country, and here locally.

It's also a chance for people to protest, but who do not want to march.

"It's time for us to stand up and speak out and make some changes, make sure people can vote and look at legislation to change," Kanoyton said.

She added, "I pray it's a turning point because it's all over the world. We're turning anger into action."

The rally began at 6 p.m. at Bethel AME's new location on North Armistead Avenue. With the citywide curfew now in place, the rally ended around 7:30, giving people enough time to get home.

RELATED: Curfew in effect in Hampton after protest at Peninsula Town Center