Hampton police said Ramel Lawson, Jr. is suspected of shooting a man on Triple Crown Court. The man died there. 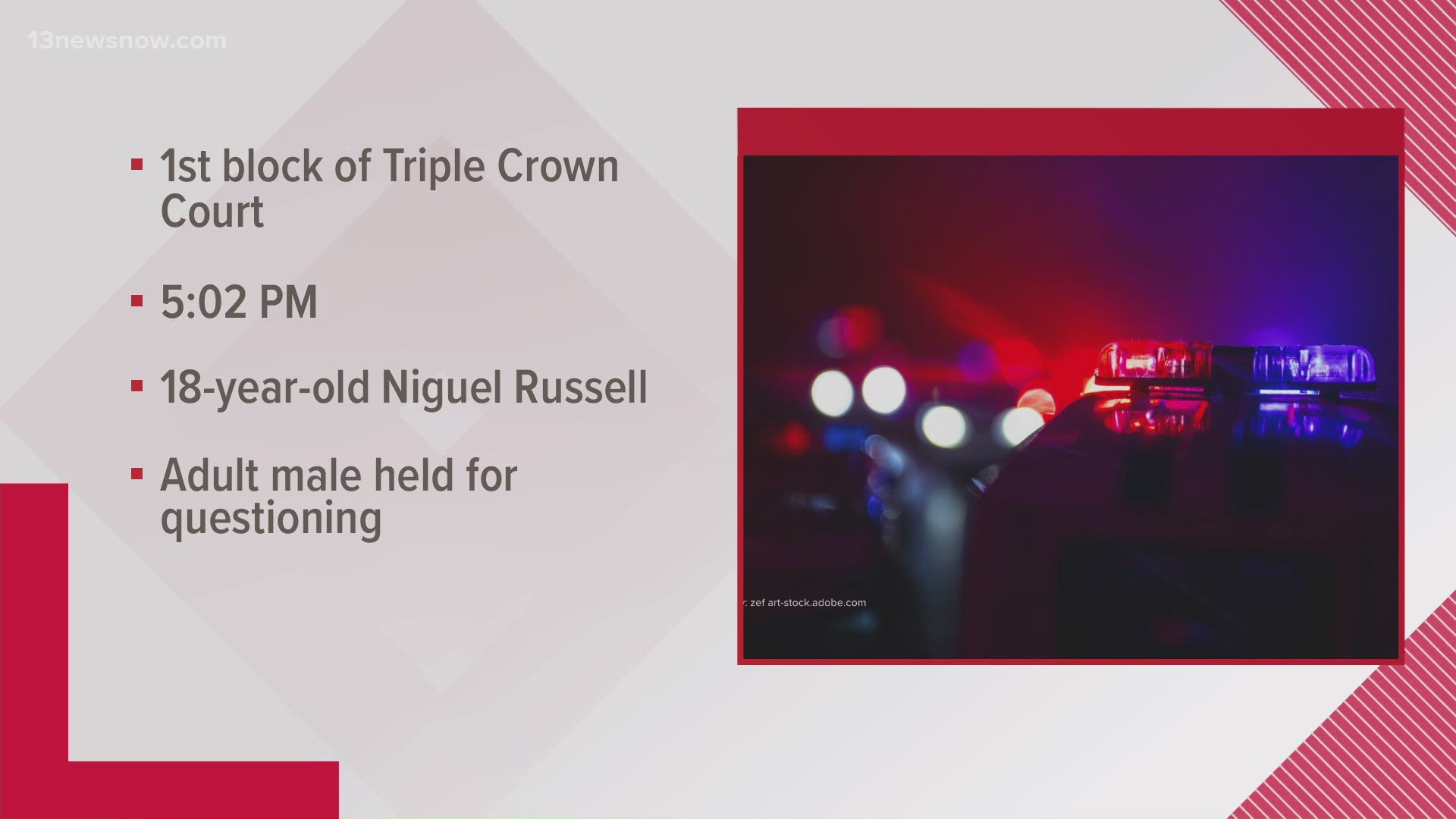 HAMPTON, Va. — Police said they were investigating a murder after a Hampton man was shot to death at an apartment complex Wednesday afternoon.

Emergency dispatchers received a call about the shooting shortly after 5 p.m. Officers got to the first block of Triple Crown Court where they found 18-year-old Niguel Amar Russell had been shot.  He was pronounced dead at the scene.

The apartment complex is near the intersection of Magruder Boulevard and Floyd Thompson Drive.

Based on a preliminary investigation, Russell had been walking down the street when he was shot by a passing vehicle.

They took someone into custody for questioning.

He's being held in the Hampton City Jail.

The shooting remains under investigation. If you have any information that can help police, you're asked to call the Crime Line at 1-888-LOCK-U-UP or submit a tip online at P3Tips.com.

Officers are investigating a homicide in the first block of Triple Crown Court. One adult male has been pronounced deceased on scene and one individual has been detained for questioning. Nothing further at this time. Call received 5:02 p.m. pic.twitter.com/nLAZnbMKgN