Jamar Shaheem Brown is facing a murder charge in connection with an Aug. 31 homicide on Spruce Street. Police are still looking for another suspect. 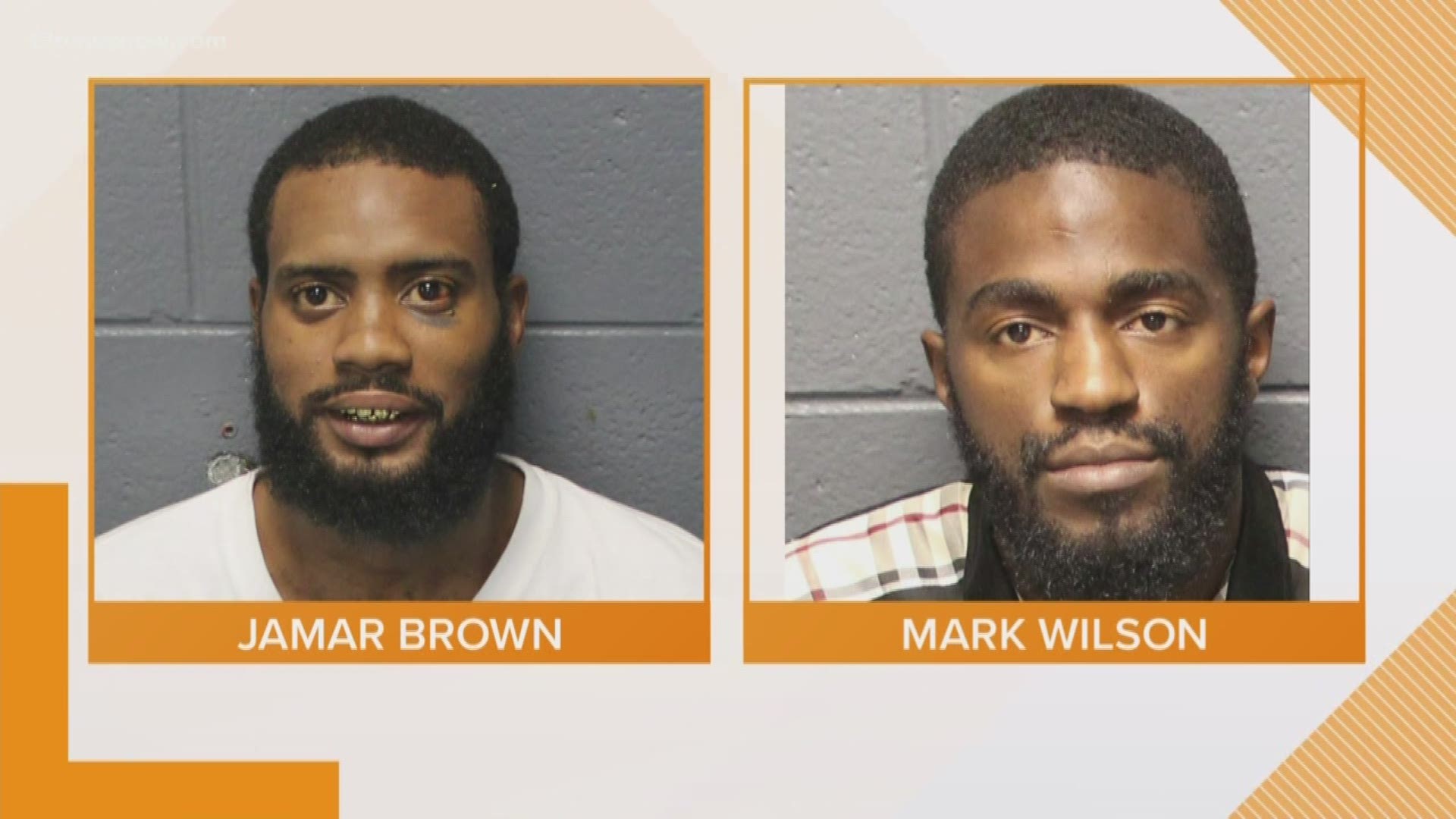 HAMPTON, Va. — Police say a homicide suspect is in custody following a police chase through the cities of Newport News and Hampton on Friday afternoon.

Jamar Shaheem Brown was arrested following the vehicle pursuit, police said. He is facing one count of murder.

Police are still searching for another person in connection with the pursuit. Mark Edward Wilson II is still being sought on the same charges.

Police identified the two men in connection with a homicide that occurred on August 31, 2019, in the 700 block of Spruce Street.

Both men are charged with one count of murder, one count of use of firearm in commission of a felony, possession of a firearm by a convicted felon and shooting in public.

According to Newport News police dispatch, the chase began as a traffic stop at Jefferson Avenue and Denbigh Boulevard at 4:15. The vehicle refused to stop and police began a pursuit.

The chase continued onto eastbound Interstate 64 and entered into the City of Hampton.

If you have information that may assist police in locating Wilson, contact Hampton Police at 757-727–6111 or leave a tip at P3tips.com.