Woman dead after her own dog attacks her in Hampton

Police said the Pit Bull attacked Morgan Crayton in a backyard where there were other dogs. A second woman was hurt trying to help Crayton. 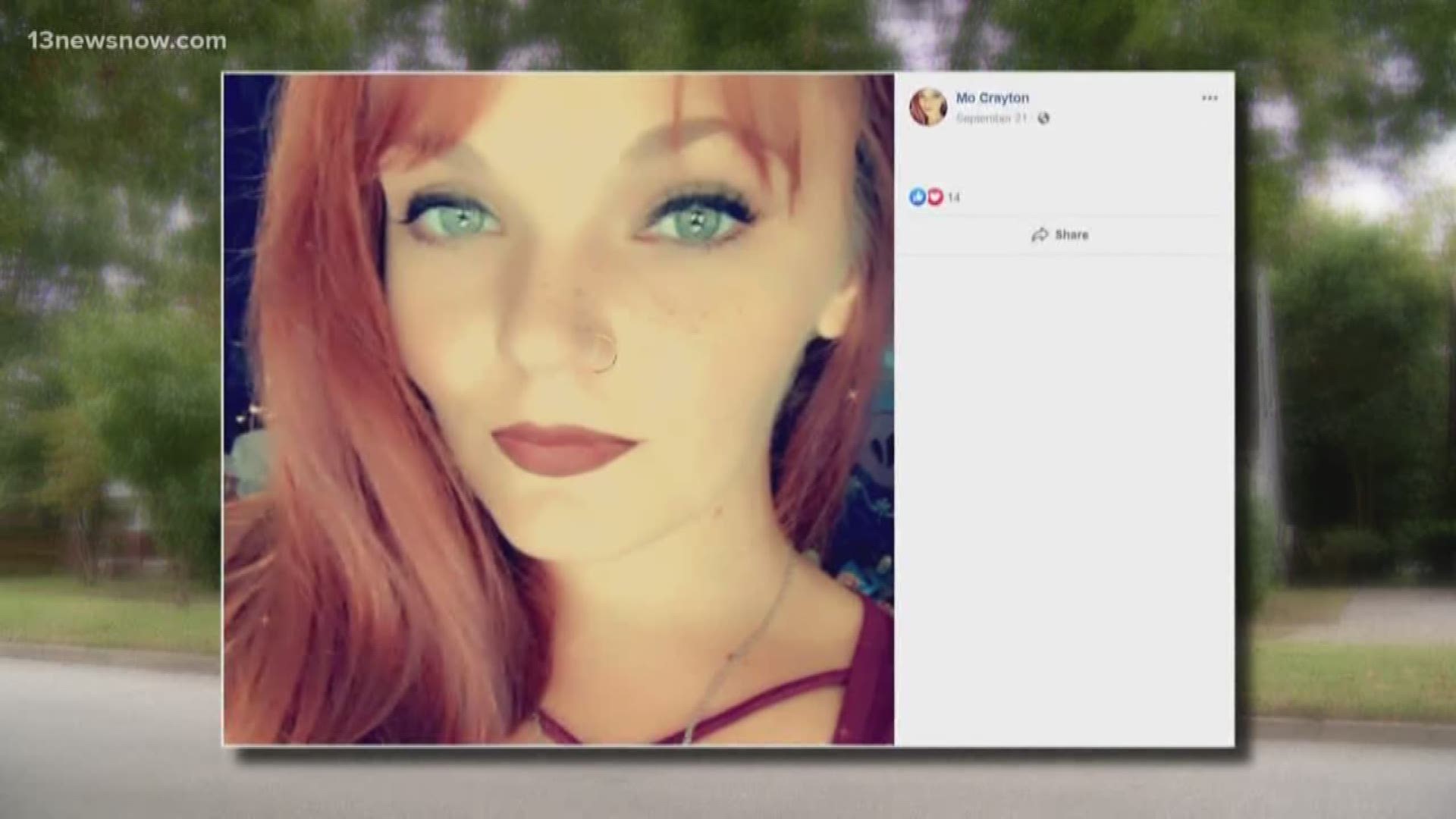 HAMPTON, Va. — Hampton Animal Control is investigating after a woman's Pit Bull attacked and killed her.

Officers said the attack happened around 5:15 p.m. Sunday at a home on Powhatan Parkway.

Hampton police say the dog turned on Crayton while she was in the backyard with several other dogs.

Officers said a 68-year-old woman received a bite from the dog while she was trying to help Crayton. Her injuries are not life-threatening.

“We were just in the front yard and my husband and I heard a scream, and we knew something bad happened,” said Farrow.

Farrow and her husband ran to Crayton’s home, where they found her on the ground with injuries to her neck. Farrow said the injured 68-year-old woman is Crayton's grandmother.

“At that point, the dog was at the fence he wasn’t aggressive in any way, we were just trying to get the 9-1-1 dispatchers here as quick as possible,” said Farrow. “My heart goes out to the family, it’s just a sad situation. We were praying so hard that she was gonna be able to pull through and it’s just so sad.”

"They could be friendly one minute and the next, they could turn on you," Arnold Baker said. "This is a nice neighborhood. There's a lot of people who walk their dogs around here. I got a little Westie, and we go every morning. I'm totally shocked," said Baker.

Officers said the attacking dog was a male 92-pound Pit Bull, which is now in the custody of Hampton Animal Control.

Animal Control will quarantine the dog for 10 days and euthanize him.