Hampton Police said the demonstration was not sanctioned or permitted. Police said organizers failed to keep the crowd on sidewalks as requested. 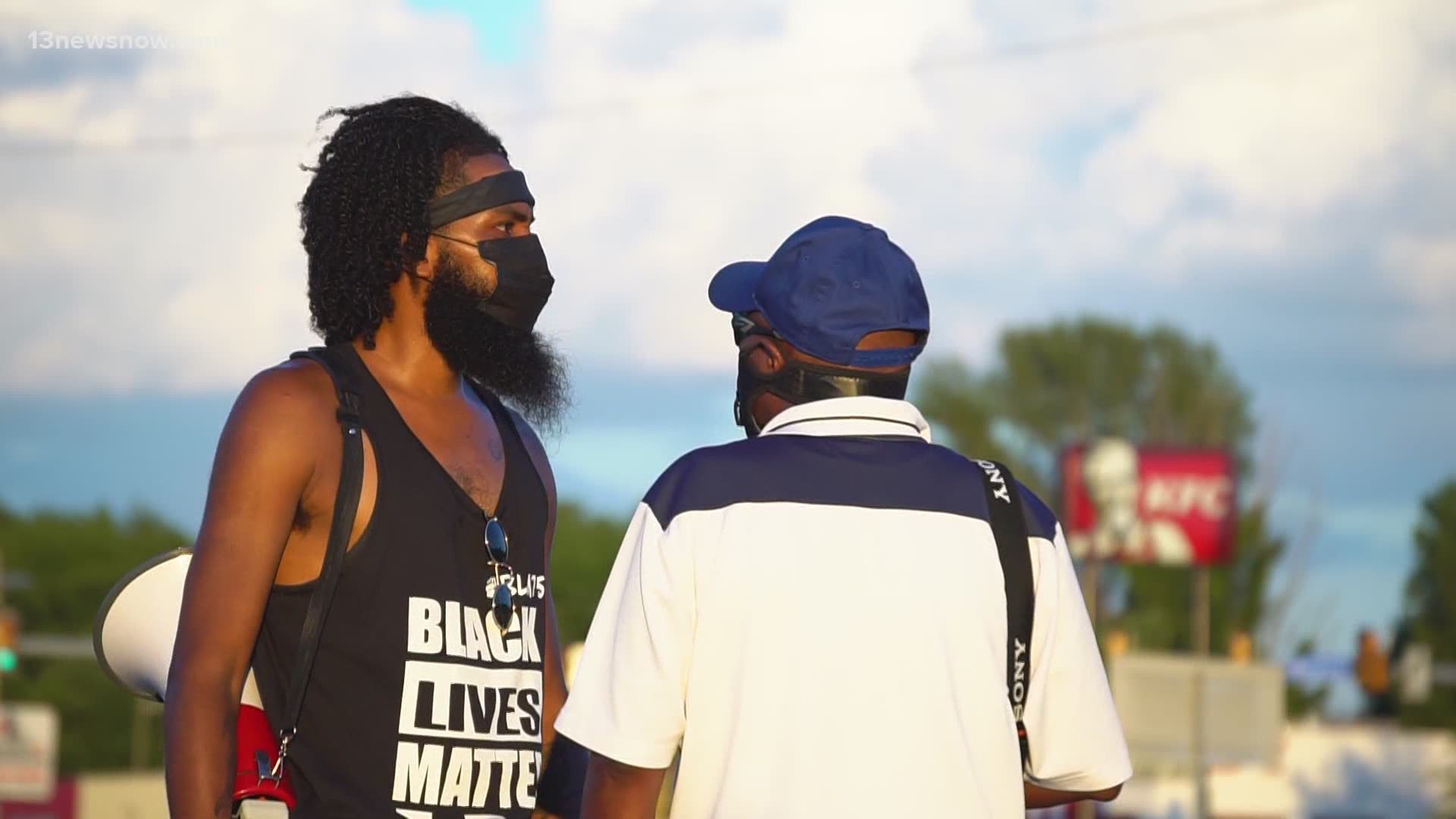 Police said the protest was not sanctioned or permitted.

The demonstration was to commemorate Black Lives Matter 757's fourth year as a local organization.

Hampton police said it attempted to contact organizers before the event. On the night of the demonstration, organizers were told by police to keep the crowd on the sidewalk during the march to ensure safety and not impact vehicle traffic.

Police said organizers failed to comply with their request.

In a news release, police said the march began around 7:57 p.m. when the crowd began to travel westbound onto W. Mercury Boulevard.

The crowd walked on the sidewalks but eventually, they began to march onto the lanes of West Mercury Boulevard.