The two adults and two juveniles arrested were not associated with the coordinators of the Black Lives Matter 757 group, police said in a news release. 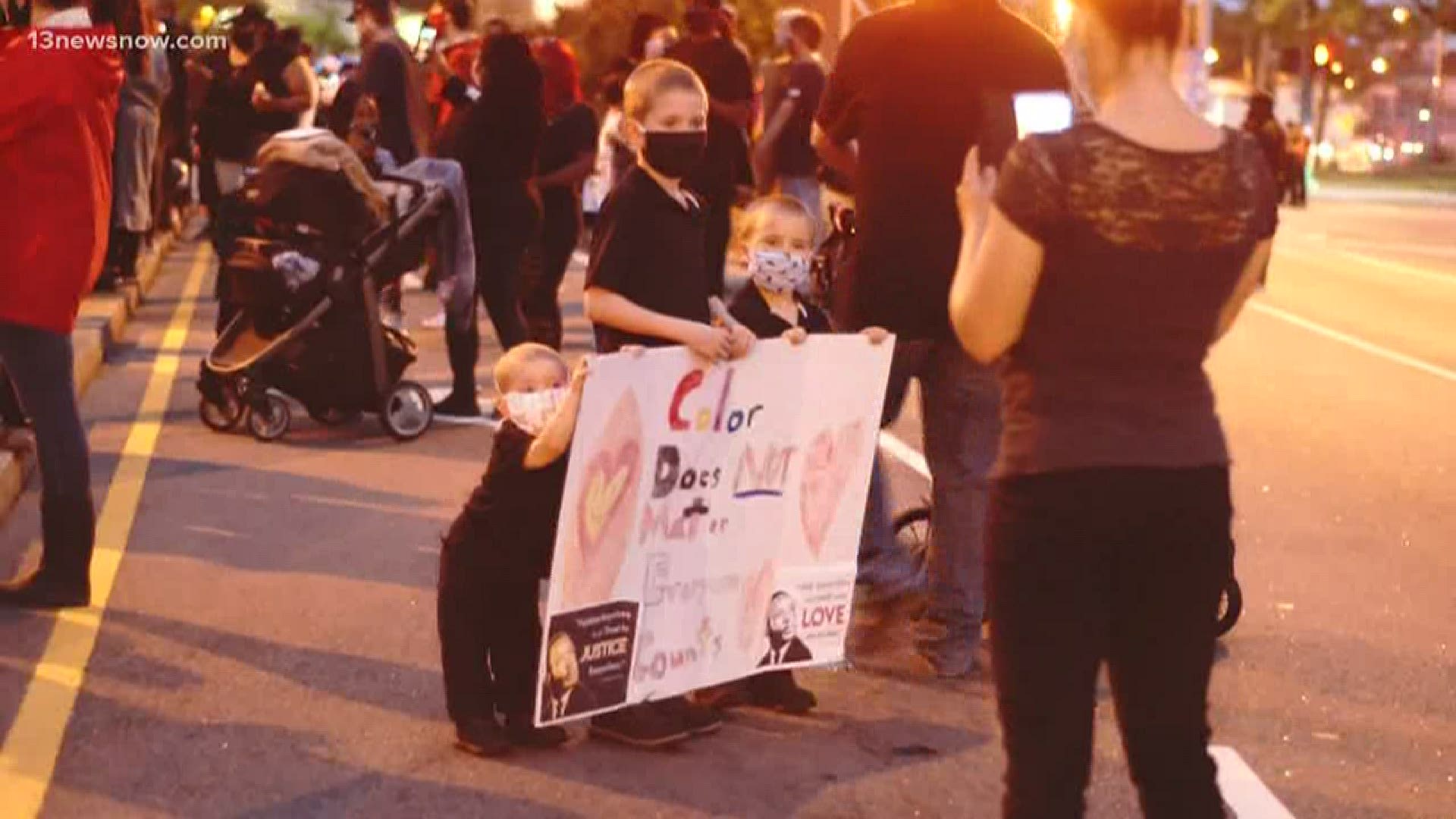 The two adults and two juveniles arrested were not associated with the coordinators of the Black Lives Matter 757 group, police said in a news release.

The four individuals are charged with Assault on Law Enforcement and Disorderly Conduct.

Hampton police said the crowd split into two groups during the protest.

"One group comprised of Black Lives Matter 757 coordinators made its way back to the Peninsula Town Center and dispersed peacefully. It was clear their plan was a peaceful protest," officials said in the news release. "The second group remained in the area of W. Mercury Boulevard. That crowd confronted officers in the Lidl parking lot who had repositioned to that area for security, and the demonstrators physically blocked traffic in both directions on W. Mercury Boulevard."

Police said the group was instructed to disperse but the crowd refused to comply. Some began to throw items at officers on the scene.

Virginia State Police and Hampton police were on scene and the Newport News Police Department responded as part of pre-planned mutual aid assistance.

Police said the situation was resolved around 2:26 a.m. when the remainder of the group dispersed.

Hampton police said in its news release: "While the Hampton Police Division supports the right to peaceful protest, demonstrations that insight violence and mayhem cannot and will not be tolerated in our society and in particular our City. HPD remains committed to work with our citizens, community and faith-based leaders to strengthen relationships, resolve social injustices, and to build trust through valued partnerships."