Hampton officers have arrested 25-year-old Tyrone Lamont Harris after he stole a car and abducted a woman. 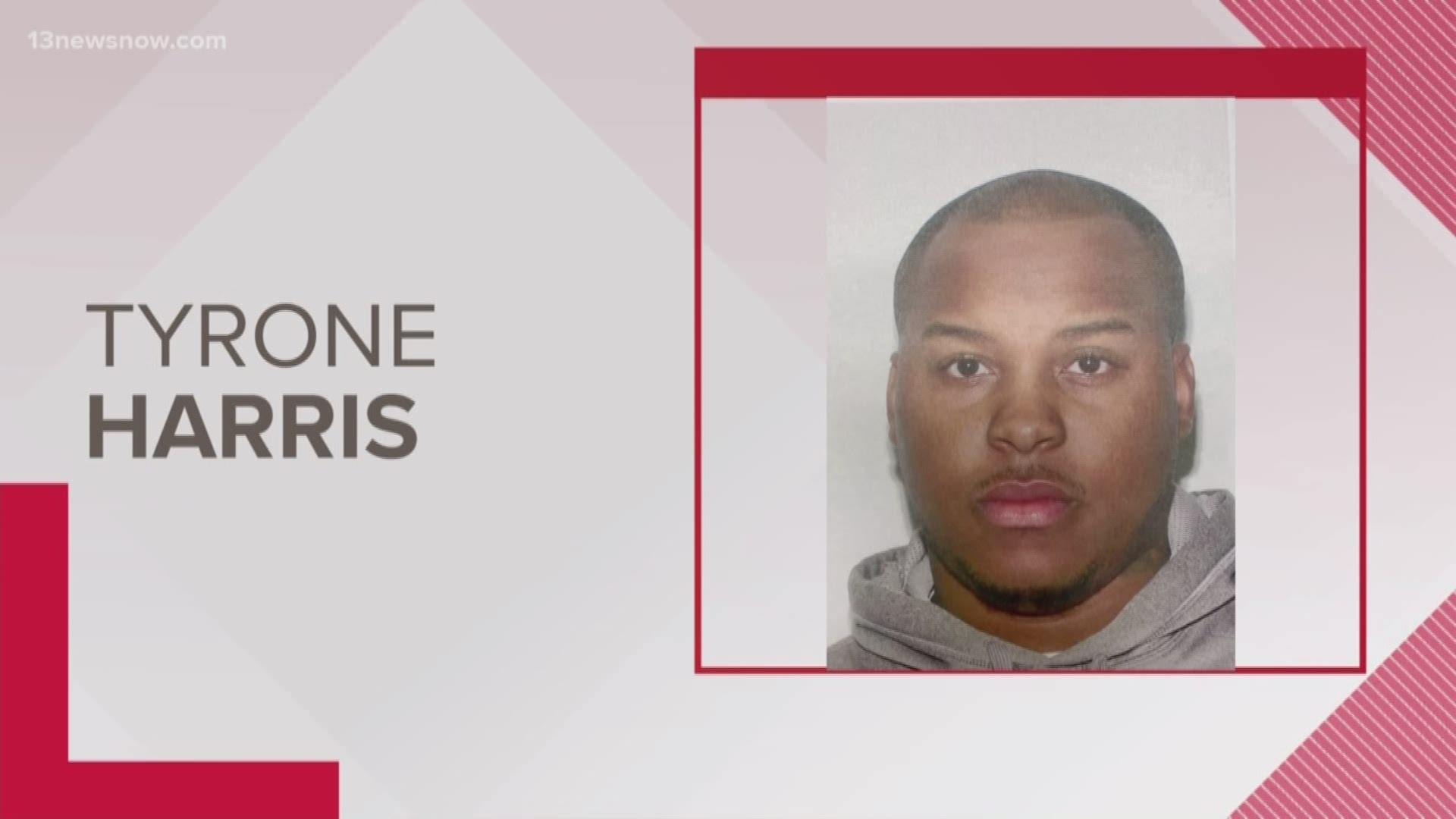 HAMPTON, Va. — Authorities have found and arrested a man who faces a slew of charges in connection to an abduction, car fire and car theft that took place last week.

This stems from an incident on Sept. 25 that started on Butler Farm Road in Hampton.

Police were in a parking lot in the 400 block of Butler Farm Road around 12:40 p.m. on Sept. 25. A car was burning in a wood line and a woman who was there told officers that a man had stolen her car, a red Dodge Neon.

Investigators said Harris had gotten into a fight with Dominique Marie Alesi in the parking lot. He and she knew each other. During the argument, Harris' car ended up in the wood line and on fire.

Police said Harris forced Alesi into the Neon he stole from the other woman and drove off with Alesi.

Alesi, who lives in Newport News, showed up at a hospital. The stolen Neon turned up in Norfolk.

Harris was taken into custody without incident and is being held at a detention center in South Carolina where he's awaiting extradition.

If anyone has information that will help investigators, they can contact the Hampton Police Division at 757–727–6111 or call Crime Line at 1–888-LOCK-U-UP.