Every year, Department of Veterans Affairs Police Officer Sgt. Bryan Skipworth runs to honor the fallen and the first responders. 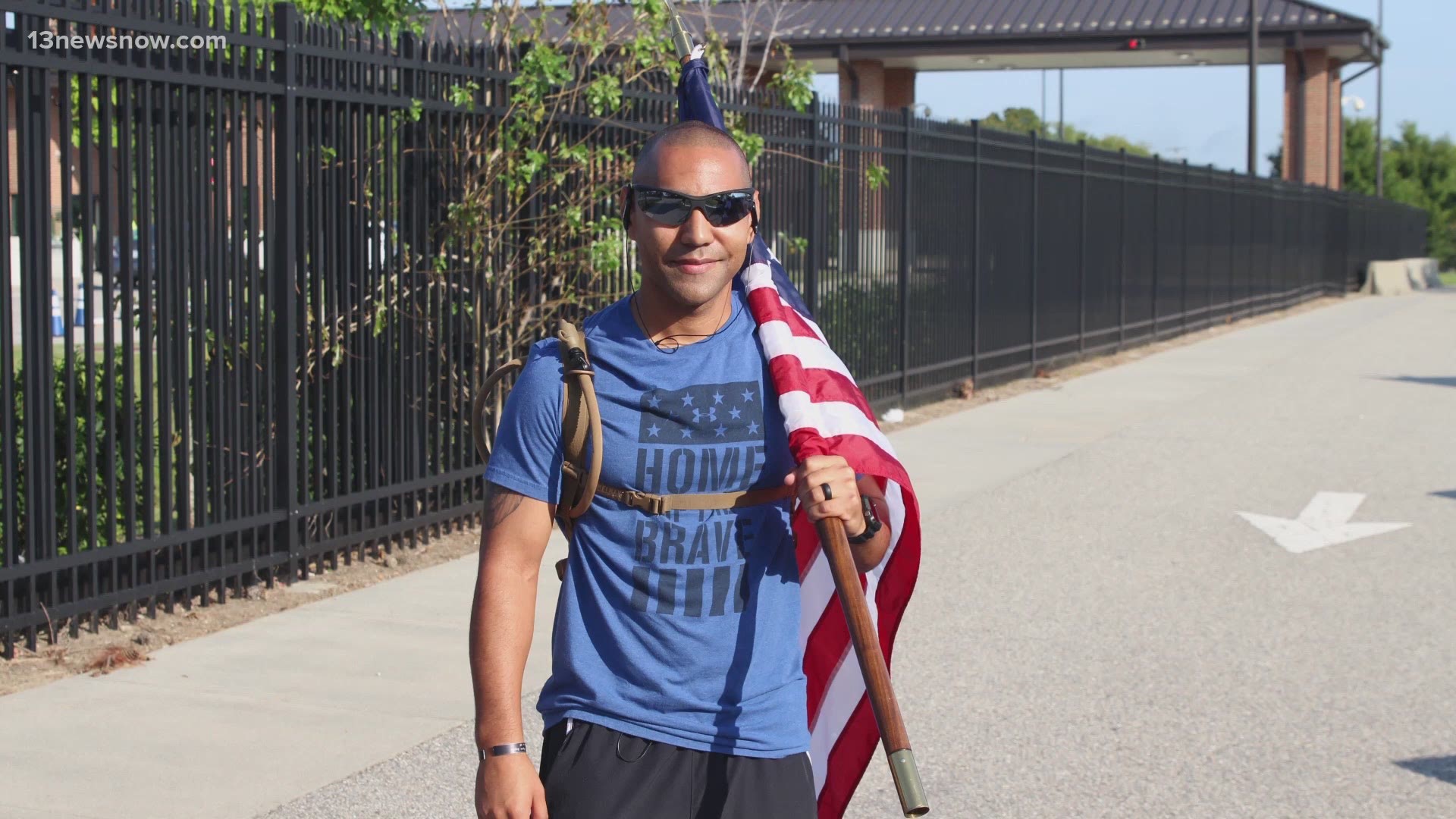 HAMPTON, Va. — Maintaining a sacred tradition, one step at a time.

Friday is September 11, and the 19th anniversary of the worst terrorist attack on United States soil. Nearly 3,000 people died on that day.

The day has a special meaning for a local Department of Veterans Affairs Police Officer. Sergeant Bryan Skipworth is from Syracuse, New York, who lost friends in the attack at the World Trade Center.

Every year since, he runs to honor the fallen and the first responders.

On Friday, he will run three miles from Fort Monroe to the Hampton VA Medical Center.

The plan is for Sgt. Skipworth to arrive at the VA around 11:30 and observe a moment of silence.

Because of the coronavirus pandemic, the event is not open to the general public this year.