Steampunk exhibit coming back to Hampton

The 7th annual 'Steampunk: Visions of Future Past' will be at the Hampton History Museum on June 1 and 2. 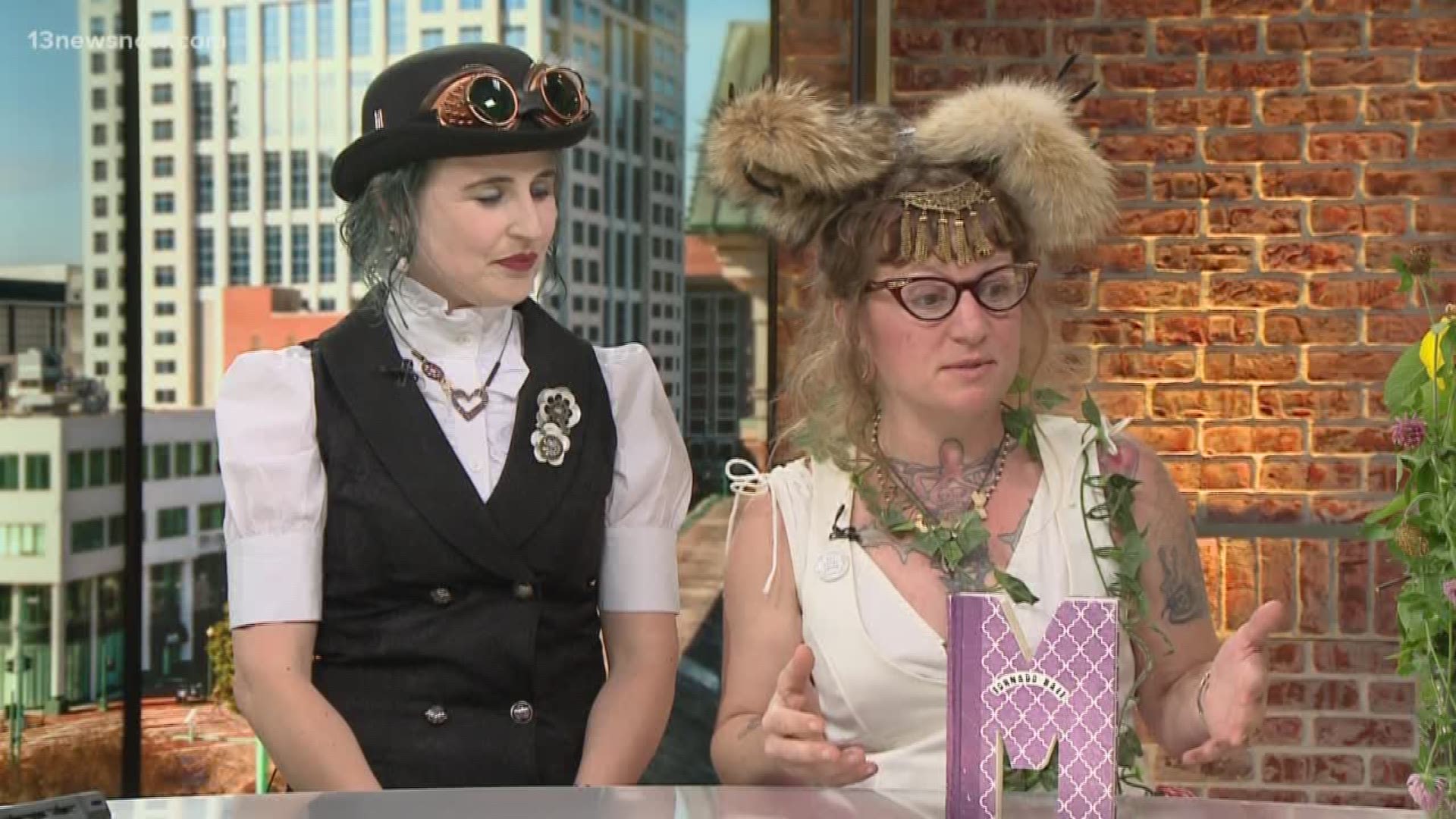 HAMPTON, Va. — The 7th annual "Steampunk: Visions of Future Past" exhibit will be a part of the 20th annual Blackbeard Pirate Festival weekend.

Hatton Cross Steampunk along with other feature presenters such as A Steampunk Life will be attendance for you to experience the work of artists and craftspeople whose attire, weaponry, gadgets, contraptions, and conveyances conjure up a time when airships were commonplace and steam power ruled the world.

Steampunk is a sub-genre of science fiction that focuses on a romanticized notion of futurism, typically taking place wither during the Victorian era or maintaining similar fashion and aesthetic of the era but set in an alternate time, place, or event world.

Activities have been added to this year's event to put visitors in a Steampunk mindset. Visitors will be able to "put themselves in the picture" in a Steampunk Selfie Station complete with retro sci-fi backgrounds, costumes items, and props. Families will also be able to get creative with props with arts and crafts supplies and coloring pages created specifically for the event by Conquest Comics.

Exposition of Marvels and the "Geared-Up Gala" evening celebration will also be apart of the exhibition. For more information go to the event page on Visit Hampton website.

Here's a video on a previous year's Steampunk exhibit: