A deadly hit-and-run, followed hours later by a tractor-trailer fuel spill has created huge traffic jams on I-664 in Hampton. 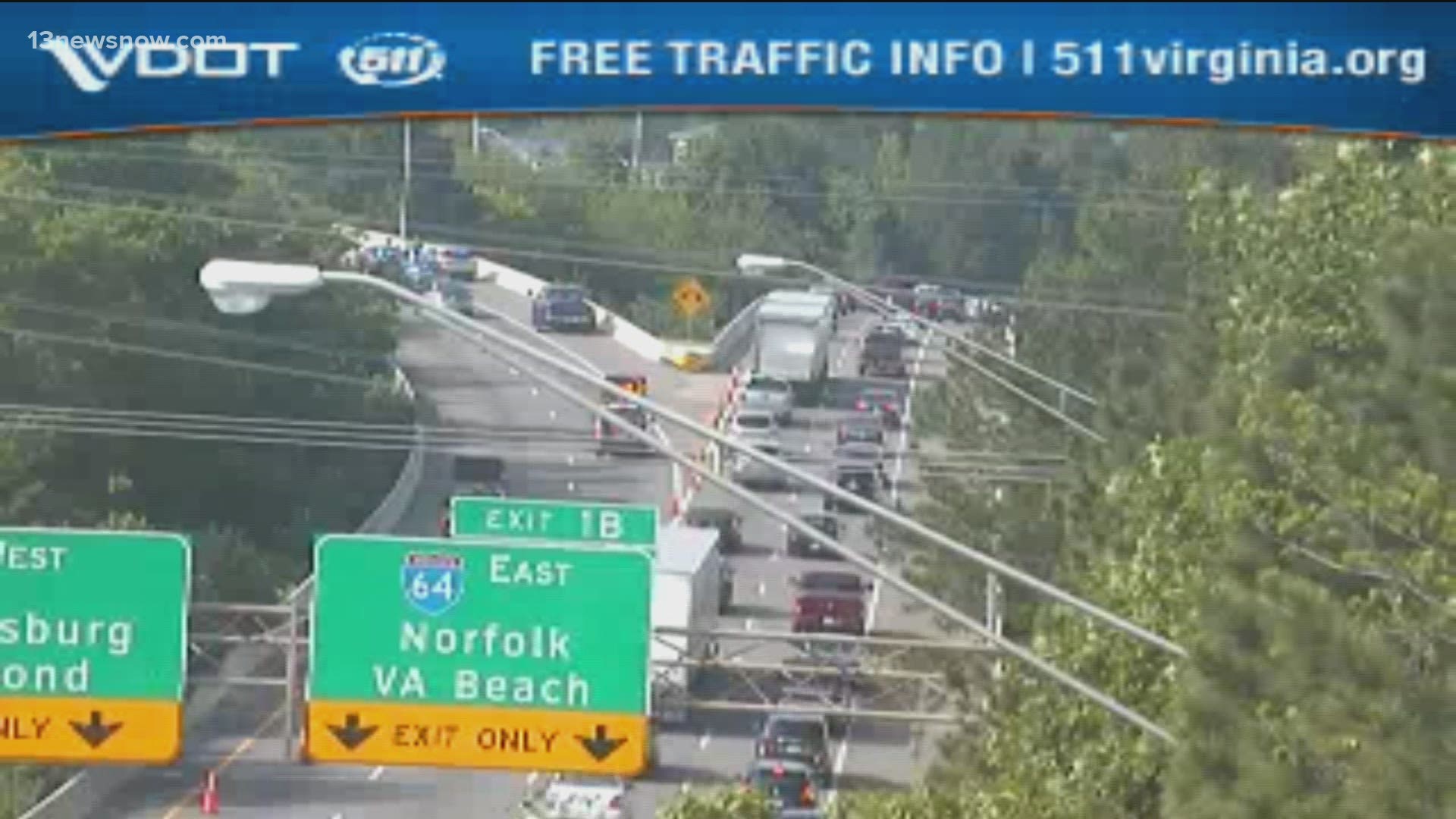 HAMPTON, Va. — It's been a messy commute on northbound Interstate 664 on the peninsula Friday afternoon, following a pair of separate incidents that have brought traffic to a halt.

Police say the first incident was a deadly hit-and-run crash.

Sgt. Michelle Anaya with Virginia State Police said the incident happened shortly after 1 p.m. on the northbound side of Interstate 664, north of Power Plant Parkway.

Then around 3 p.m., a disabled tractor-trailer had its fuel tank punctured, leading to a hazmat spill.  This happened at the I-664 northbound ramp leading to I-64 West.

Police are urging drivers to take alternate routes and to avoid traveling on I-664 North.

As of 5:30 p.m. one lane on the flyover from 664 northbound to 64 westbound is open, but cleanup on the ramp continues.

Meanwhile, troopers say that based on a preliminary investigation, the person killed in the hit-and-run may be the at-fault driver.

According to State Police, 50-year-old Kevin Wayne Riddick of Newport News was driving a 2009 Nissan Altima at a high rate of speed on I-664. Traffic came to an abrupt stop in the right lane, causing Riddick to swerve onto the shoulder. That's where he lost control, hit a jersey wall, and flipped over several times.

Riddick was ejected from the car.

State Police say that in the crash, Riddick may have struck a gold-colored SUV that continued traveling northbound.

Police say family members have been notified of Riddick's death.