An 8-year-old boy is in the hospital with minor injuries. Four other people were also hurt. Charges are pending for the 75-year-old driver, police said. 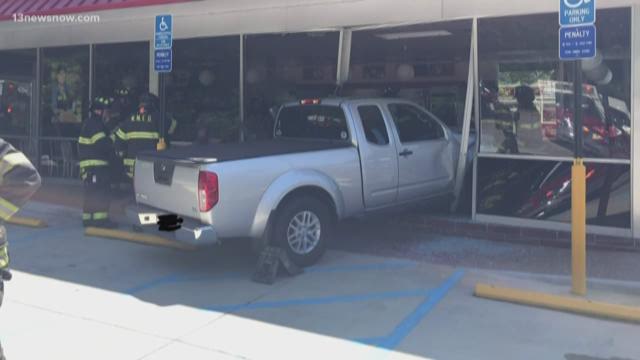 NEWPORT NEWS, Va. — An 8-year-old boy is in the hospital after a Nissan Frontier crashed into a Waffle House on Sunday morning, Newport News police said.

Four other people were hurt in the incident.

The crash occurred around 10:46 a.m. at the Waffle House in the 600 block of Denbigh Boulevard.

The truck's driver, 75-year-old Dominic Cirillo Jr., had minor injuries and had to be extricated from the Frontier.

Cirillo is charged with Reckless Driving.

The restaurant is closed while police investigate.