Crews at Newport News Shipbuilding added the island onto the future USS John F. Kennedy. The island gave the ship the distinctive profile of an aircraft carrier. 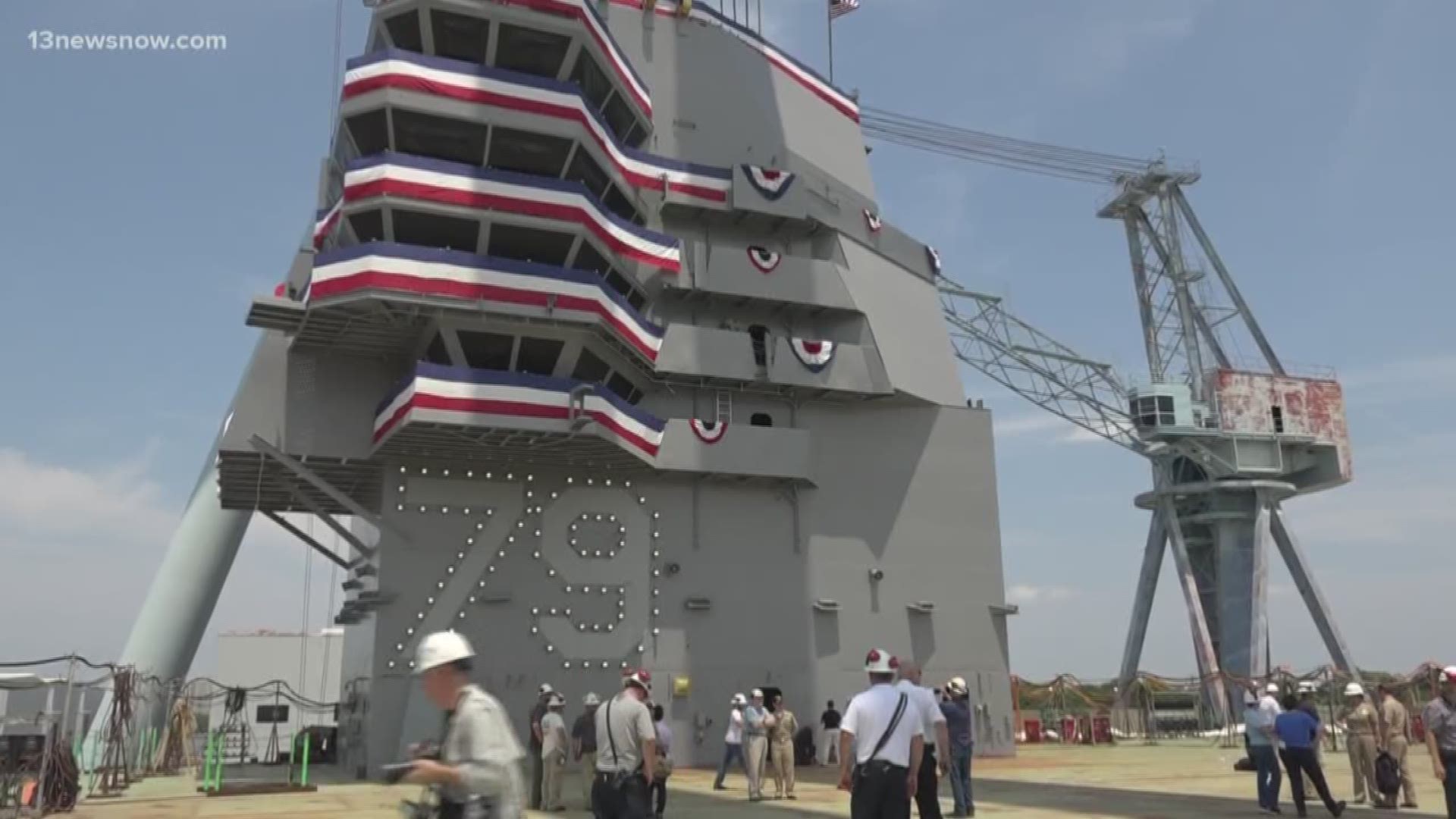 NEWPORT NEWS, Va. — It's a major milestone on the way to launching the nation's next aircraft carrier.

On Wednesday, crews installed the 588-metric-ton island that towers over the flight deck on what will become USS John F. Kennedy (CVN-79).

The Kennedy is the second aircraft carrier built by Newport News Shipbuilding to carry the name of the nation's 35th President.

The island is one of 155 super lifts that have made up the Kennedy's construction, but it's the one that's most recognizable.

James Guerts, the Assistant Secretary for Research, Development and Acquisition, said crews put the ship together using less manpower than before. He said that's possible because of how the shipbuilder is integrating technology.

"It takes a nation to defend a nation. That's men and women in uniform, in the shipyard, designing, and we couldn't be more proud of how the town is coming together to help protect the country," Geurts said. "When you're out here and you see how eager the workforce is to learn new tools, figure out how to develop these ships quicker, it shows up in steel but it's all about the people."

The ship is 90 percent structurally complete. Officials hope to launch the ship in October.

1 / 5
Matt Hildreth/HII
HII landed the island onto the flight deck of aircraft carrier John F. Kennedy during a ceremony at the company’s Newport News Shipbuilding division.