Arrest made for murders at restaurant in Newport News 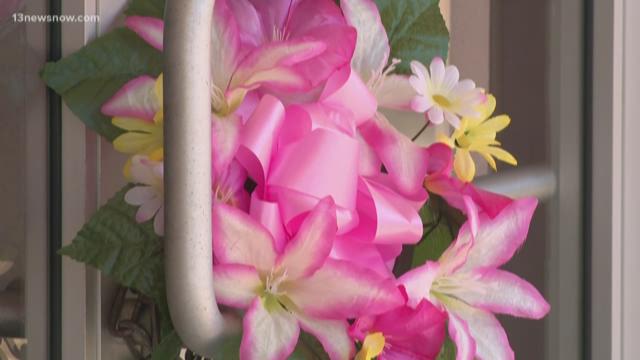 Newport News police said Friday that they arrested someone for the murders of two men that took place inside a restaurant.

Officers said Chaney shot the men inside Dunn's River Jamaican and Caribbean Restaurant around 1:20 p.m. on Thursday. The business is located in the 5000 block of Jefferson Avenue.

Police said the men who were killed were Akhi Ar-Rad Abdul Haqq Murad, 55, of the 500 block of Marshview Drive in Newport News and Barrington Anthony Brown, 62, of the 400 block of Newport News Avenue in Hampton.

A woman who was inside the restaurant at the time of the shooting told 13News Now a customer shot the men point-blank.

"Like he spazzed out, like he lost it," said nurse Shanecia Eley. "He walked between me and my patient and shot the man dead in his head, and the other guy that was in the room, he came out and he shot him, too. So, I tried to run out and get safety."

Eley's had a patient with her. Off camera, the patient said that she hid under a table in the business. She said the man approached her and told her, "God is with you," encouraging her to stand up, but she refused. Then, the man left the store.

"As I was over there, next door, calling the police, I saw him walk out like he did nothing wrong, casual," Eley said.

Police said the shooter was in custody within minutes.

"The quick response that we had was a direct result of citizens taking ownership here on what happened and what they saw," Newport News Police Chief Steve Drew said. "We had got excellent information from citizens that were in the area, and that led to the individual being located and stopped."

Police did not say what, if any, connection there was between Chaney and the men.

"I need to understand what the motive was here," the chief said.

The police department planned to hold a C.A.R.E. Walk in the area at 3 p.m. on Friday. The walks bring officers together with their community partners and are meant to show support for the families of crime victims and the community, as a whole.