Police said the 52-year-old man was in the parking lot of Marketplace at Tech Center along Jefferson Avenue when the truck hit him. His injuries were critical. 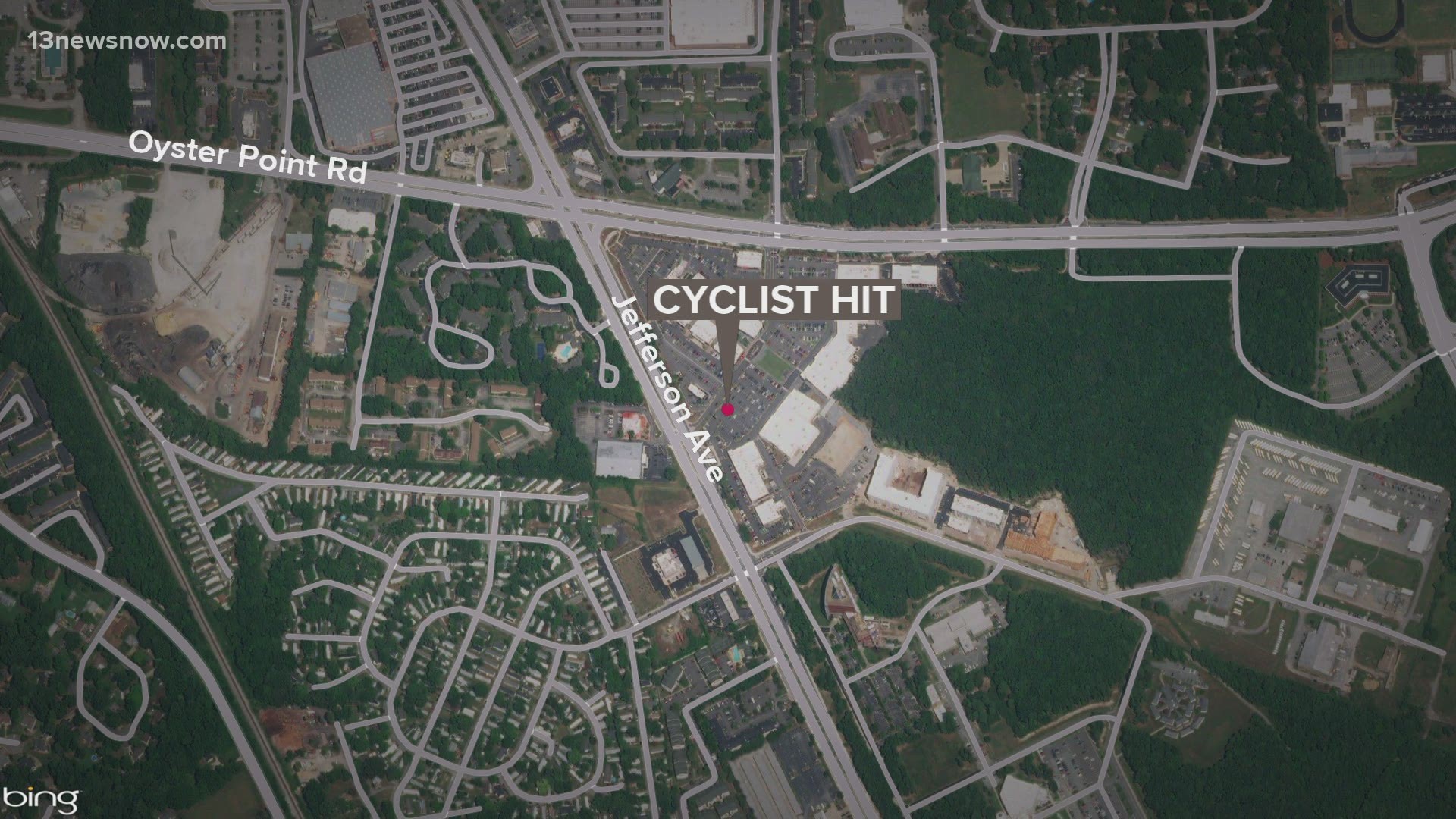 NEWPORT NEWS, Va. — A man who was riding a bicycle Wednesday was hurt seriously after a pickup truck hit him in a parking lot.

The Newport News Police Department said it received a call about the incident in the 12000 block of Jefferson Ave. shortly before 8 a.m.

When officers got there, they found the 52-year-old who had been riding his bike in the parking lot of Marketplace at Tech Center when the truck hit him. Police said his injuries appeared to be life-threatening. Medics took him to the hospital.

The driver of the pickup truck stayed there and was not injured.

No charges had been filed as of late Wednesday morning. Police said they were continuing to investigate the incident.