Newport News' Confederate monument is still up, but it's covered up to prevent anyone from tearing it down or defacing it. 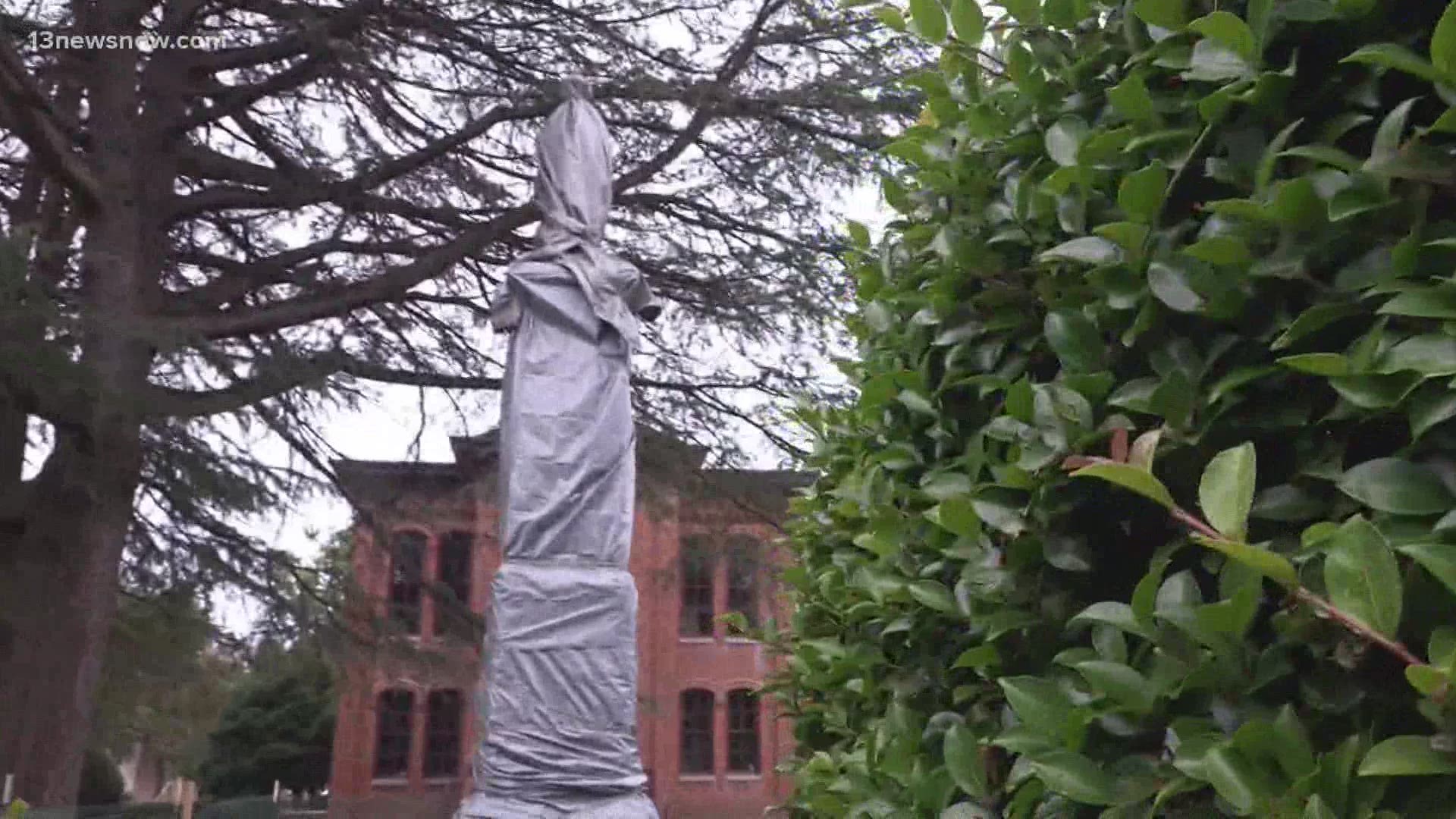 While some cities have taken down monuments, other cities have covered them up, for now. That includes one in Newport News.

Newport News' Confederate monument still stands off Old Courthouse Way, but tarp prevents anyone from seeing it or defacing it. The mayor, police chief, and city manager made the decision for several reasons, including recent demonstrations that resulted in injuries and to protect the safety of the public.

The monument is under a State Easement Agreement through the Department of Historic Resources. City leaders are petitioning the Department to consider the City’s request for the possible removal or relocation of the monument.

Once the City receives that determination, the City will follow the amendments to the State Code governing memorials for war veterans that will take effect July 1, 2020.

Shawn Grayson walks past the monument from time to time. He's happy the city covered it up until leaders hear back from the Department of Historic Resources.

“The less it's seen, the less problems it would cause,” Grayson said. “Why have a constant reminder of what happened?”

Not everyone wants to see the monuments come down, but there is one group that would rather see monuments covered up than damage and destruction.

Frank Earnest is the Heritage Coordinator for the Virginia Division Sons of the Confederate Veterans. While he doesn't want to see monuments come down, he commends cities for acting responsibly.

“It’s a false narrative that these are evil and racists monuments, but now it’s moved beyond any kind of dialogue,” Earnest said. “At least they can’t vandalize like all the others.”

He added, “Protests are walking down the streets holding signs that say 'Remember George Floyd' or whatever case you might be protesting, that’s fine. But setting Wendy’s on fire is not protests.”

About 20 miles away, police said someone spray-painted the Confederate monument in Williamsburg. The initial damage to the monument was valued at $200. An arrest has not been made.

City council is holding a public meeting on the status and future of the monument on July 14 at 2 p.m. at the Stryker Center. A city spokesman said the city looks forward to the community conversation as we continue to hear the needs of our residents and neighbors.

Grayson believes cities can show and tell history another way.

“They can put a sign up that says what happened and gives you the historical documentary,” Grayson said.