There are now 14 COVID-19 cases at Newport News Shipbuilding. This comes two weeks after the first shipyard employee tested positive for the virus. 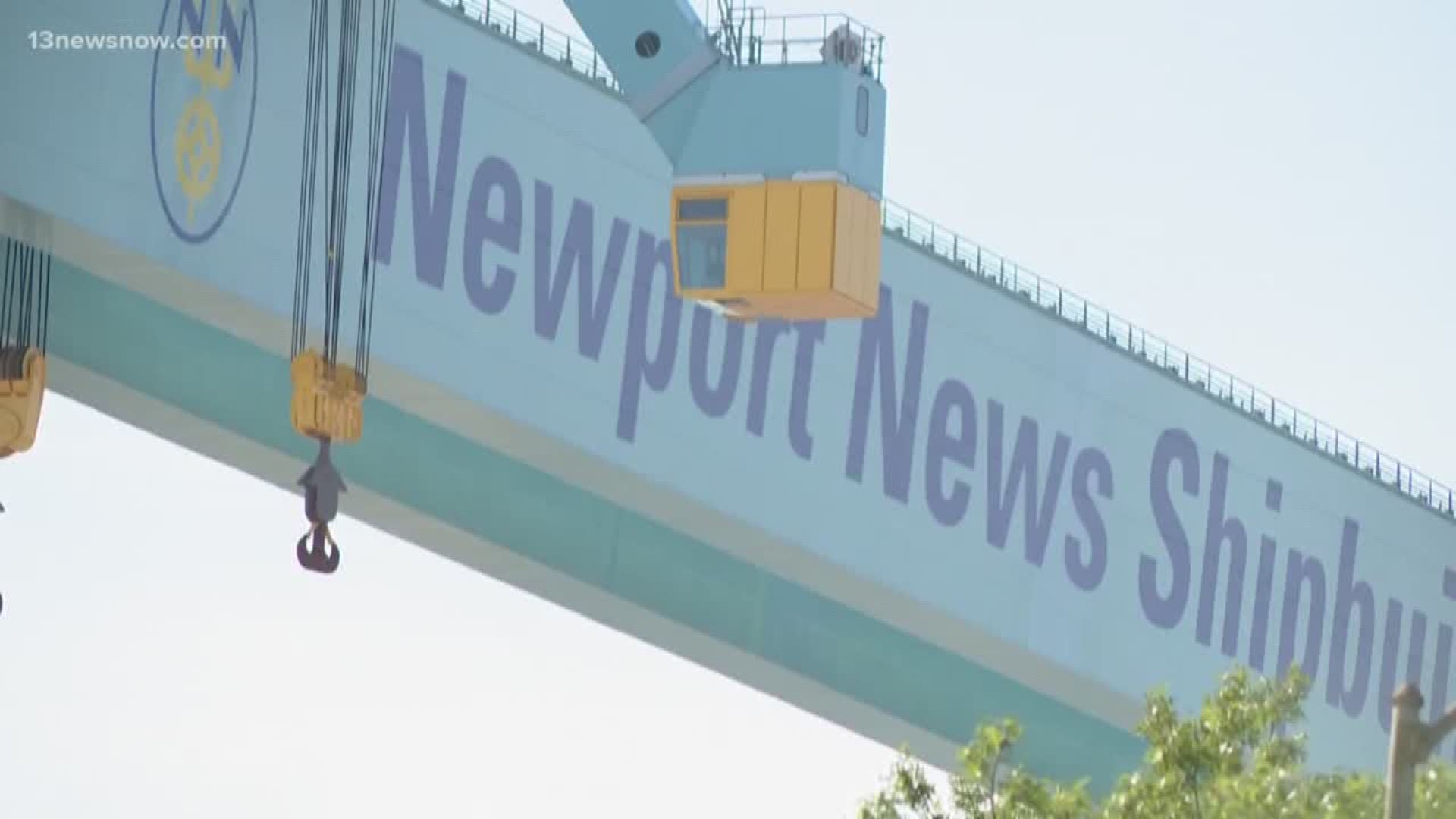 There were 14 confirmed cases as of Monday night. Shipyard workers said they’re worried and afraid.

Zachary Cook is coming up on seven years at the shipyard. He said everyone is on edge.

“People are concerned man,” Cook said. “Coming to work is very eerie, it's scary, you don't know who has it.”

On Monday, a new liberal leave policy was implemented that aligns with the federal Coronavirus Aid, Relief and Economic Security Act. It identifies which employees are eligible for liberal leave. The company will consider others who fill out a Liberal Leave Request Form on a case-by-case basis.

President of the Newport News Shipbuilding Union, Local 8888 Charles Spivey believes the shipyard should shut down for at least two weeks.

“People are panicking,” Spivey said. "They shut down restaurants, churches, all these things but still allow people to come together in the shipyard setting.”

Spivey said some shipyard workers are confused by the new liberal leave policy, and even one was told they couldn’t take liberal leave.

“I understand their pain,” Spivey said. “I would tell employees to do what's best for you and your family.”

Cook said workers are preparing for the worst.

“They've done a valiant job, but more might need to be done,” Cook said.

Boykin said the company is working on plans to distribute work shifts differently and to geographically separate people inside the shipyard.

RELATED: Newport News woman stuck in Russia due to COVID-19