'There is hope, there is help' | Newport News Police Department brings more awareness about domestic violence

Law enforcement officers, community leaders, advocates and survivors united in a ceremony on Friday to say "enough is enough." 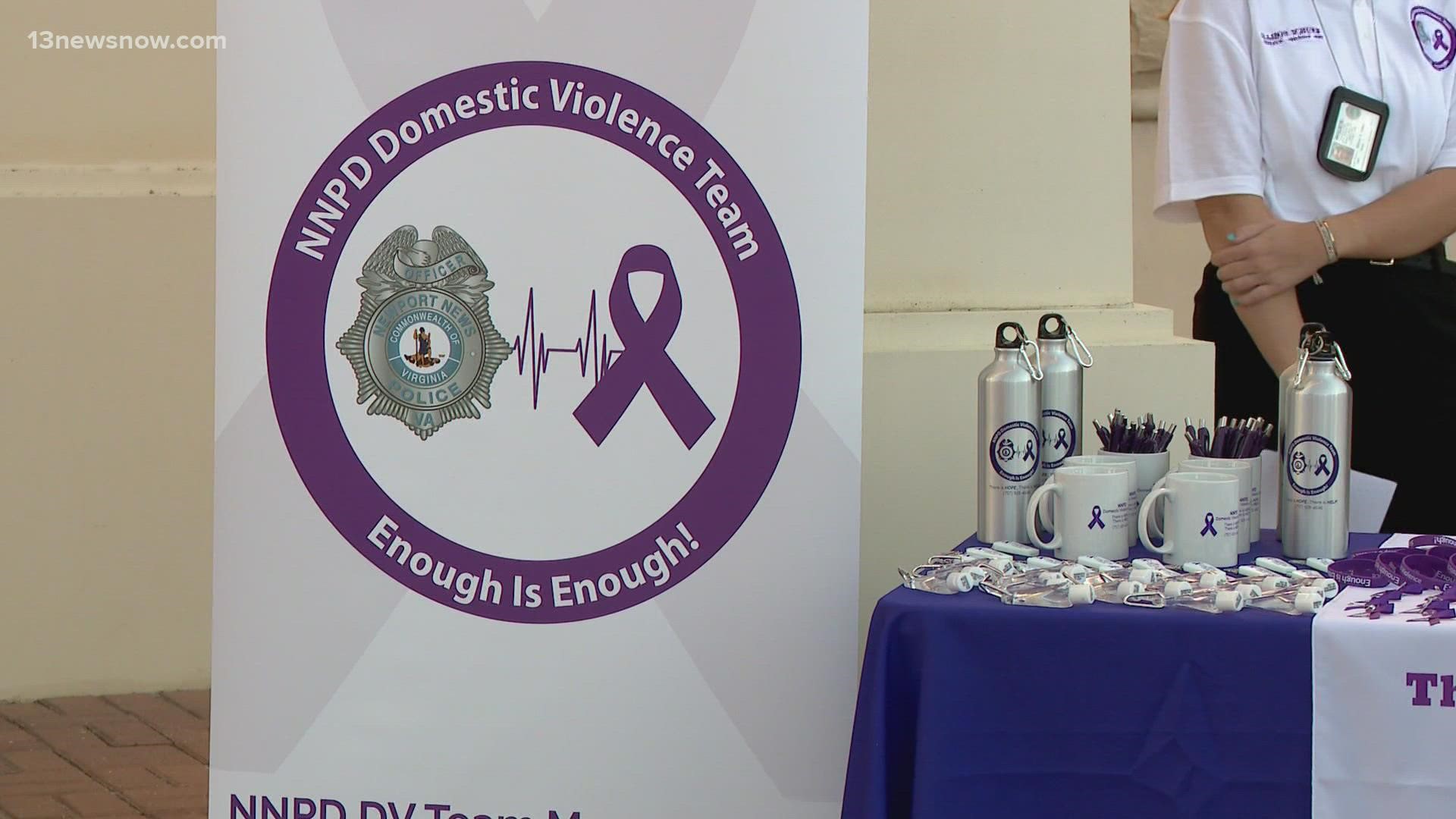 For the Newport News Police Department, it's a time to bring even more attention to the resources and help available for those who need it.

If you happen to pass by Jefferson Avenue in Newport News throughout the month of October, you might notice the police department lit up in purple at night. It's just one of the many things the department is doing to raise awareness about domestic violence.

"Folks, there is hope and there is help," said Lt. Shawnalea Ross.

The police department is about a year in, since forming its domestic violence unit.

The team works to enhance response through advocacy and a trauma-informed approach.

"We have not been able to curb the number of incidents of domestic violence in our city over the last four years, but what we have been able to do is learn how to treat our victims better," said Police Chief Steve Drew.

Drew said the pandemic also highlighted how much more work remains. But it's with great hope more awareness can drive change.

Faith and youth leaders are joining forces to say "enough is enough."

"It is important to keep these conversations open and in the public eye," said Lavender, a teen with the Young Adult Police Commission.

Friday evening lit up in purple outside the police department, as people held up glow sticks to honor survivors, the crowd observed a moment of silence.

Events are taking place all month, along with a donation drive for Transitions Family Violence Services. @13NewsNow #13NewsNow pic.twitter.com/Ctqi8wDg5N

Advocates and survivors encouraged others saying seeking help is OK.

"I will use my voice as power to help others heal and know, they can get through these types of things," said Keisha Williams, who shared her story of survival for the first time in public.

In addition to awareness is action. The PD is partnering with several organizations for a donation drive this month.

More than a dozen sites in the city will collect new items for Transitions Family Violence Services.

NNPD will host and take part in awareness events all month long. But the agency also emphasizes the work to address domestic violence is a year-round mission.