Greater Hilton for Social Justice held a rally demanding the removal of the Confederate monument that stands off Old Courthouse Way. 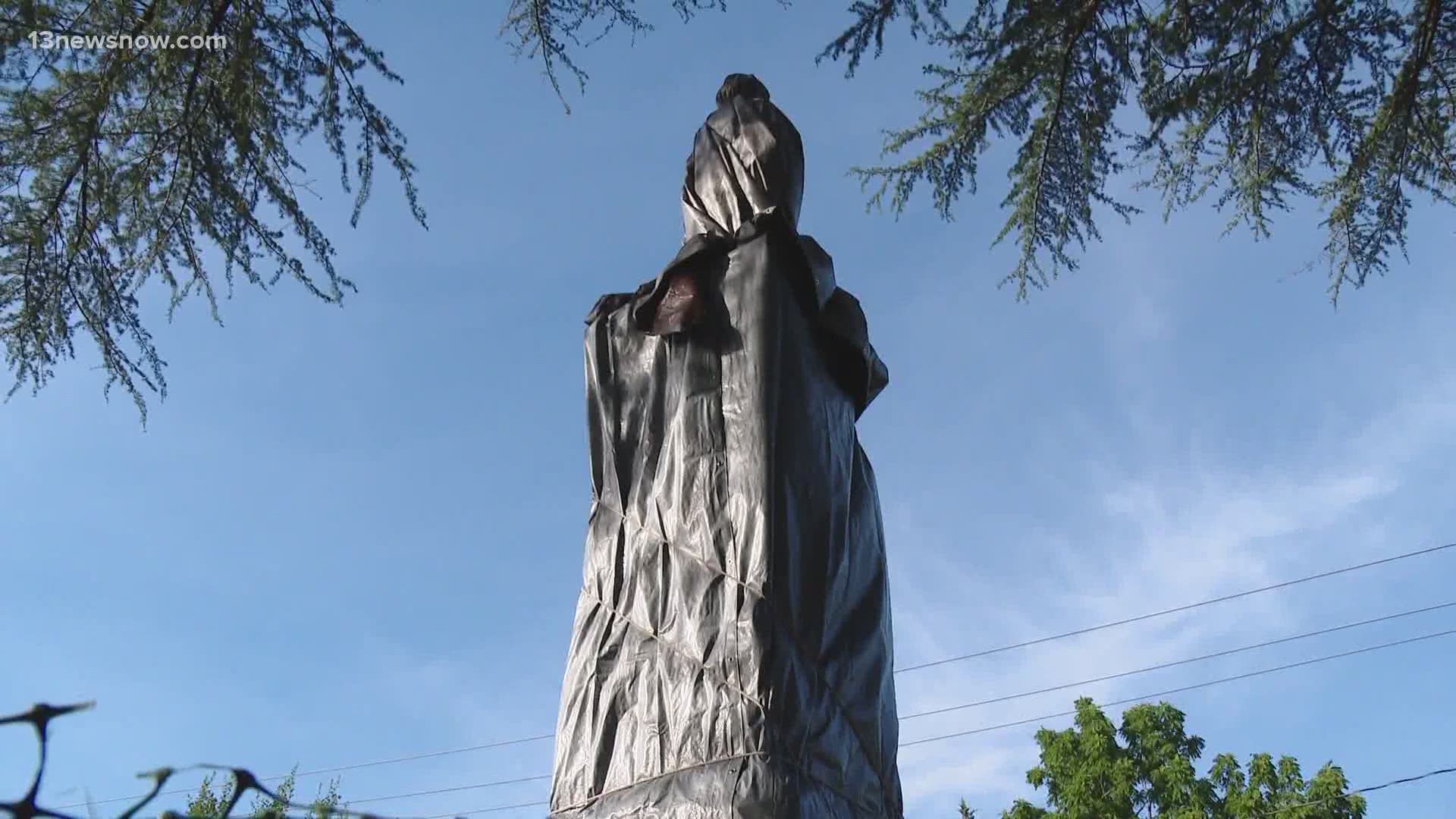 NEWPORT NEWS, Va. — The group "Greater Hilton for Social Justice" held a rally on Friday in Newport News to demand the removal of the Confederate monument that stands off Old Courthouse Way.

Newport News City Councilman David Jenkins has proposed removing the Confederate monument. Jenkins attended the rally and provided the group with an estimated date when the confederate monument will be taken down.

“It will be sometime in October if everything goes smoothly," Jenkins explained. "Do you think that’s too long? Yeah, I do. I wish we could take it down tomorrow. I envy those cities that are able to that right now but let’s make this for the best in Newport News. Let this be an opportunity to have some difficult conversation and figure out what values are."

A petition at Change.org that calls for the removal of the monument has more than 500 signatures as of Friday evening.

The Newport News Confederate monument currently has a tarp over it to prevent anyone from seeing it or defacing it. The mayor, police chief, and city manager made the decision after recent demonstrations that resulted in injuries and to protect the safety of the public.

The monument is under a State Easement Agreement through the Department of Historic Resources. City leaders are petitioning the department to consider the city’s request for the possible removal or relocation of the monument.

Once the city receives that determination, it will follow the amendments to the State Code governing memorials for war veterans that will take effect July 1, 2020.

RELATED: DC Mayor on statues: 'We need to have a reasonable conversation... not have a mob decide that they want to pull it down'